Sumerian: Amazon launches its cloud platform for the development of VR and AR applications

Virtual reality and augmented reality or even their mixture called mixed reality, are technologies that seem to have a great future. Sign that does not deceive, the very important investment of GAFAM, acronym which brings together giants of new technologies such as Google, Apple, Facebook, Amazon and Microsoft. Only Amazon seemed to be behind on these technologies. However, the American distribution giant does not intend to miss the AR and VR train and has just presented Sumerian, its cloud application development solution for these immersive technologies.

Sumerian: a platform that supports WebGL and WebVR

It is the "Amazon Web Services" division that is at the origin of the Sumerian platform. This platform offers tools for developing 3D applications for virtual reality and augmented reality for both VR headsets and smartphones running on Android and soon iOS. Both WebGL and WebVR graphics are supported and the entire platform is fully cloud-based. 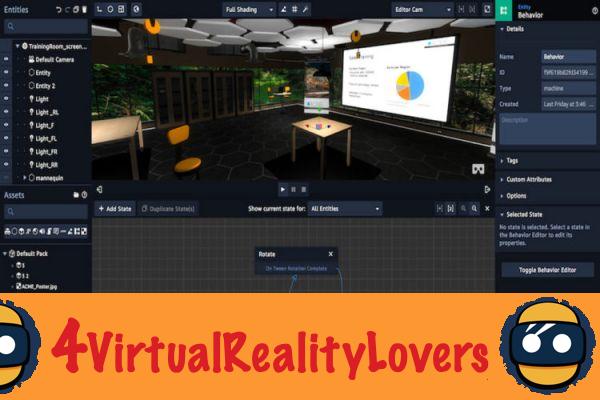 No software to install therefore to benefit from these tools but only a payment for the space used as well as the traffic generated. The development tools created by Amazon on its Sumerian platform are intended to be easy to use but also compatible with multiple platforms and all with the comfort offered by the Cloud. Amazon assures us that it is not necessary to be an expert in VR or Ar to be able to develop applications with its Sumerian platform.

Characters who guide users through your applications

One of the new features of Amazon Web Services Sumerian is the possibility of easily integrating 3D characters which will explain and guide users through virtual reality or augmented reality scenes that you will have created. Many languages ​​are supported by these 3D characters. It is also possible to easily import 3D objects or scenes. Sumerian also allows create logic scripts to control objects in your VR or AR scenes. 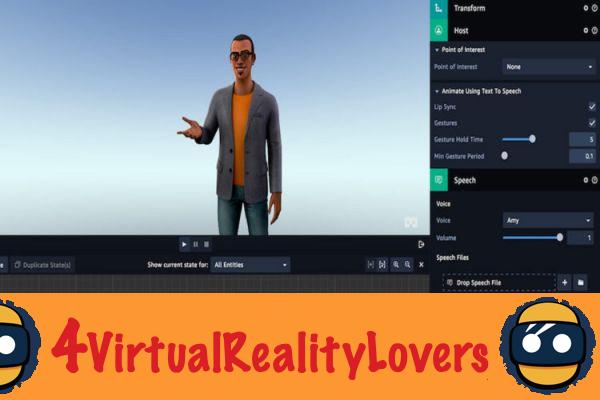 One of the most remarkable things about Sumerian is its ease of use. Any beginner can easily create their first scenes without needing programming knowledge or even being an expert in 3D graphics.. Editing and creation through the Amazon Web Services platform is done through a web browser using the Sumerian editor. You can get started today with a preview by heading to the Sumerian page here.

Virtual reality 2.0: the second generation of VR games is coming according to Sony ❯

add a comment of Sumerian: Amazon launches its cloud platform for the development of VR and AR applications