In 2016, the Sundance Film Festival created the event by dedicating part of the festival for the first time to virtual reality films. Hordes of spectators were eager to come and discover these cinematographic works of a new genre. This year, the New Frontier section attracted fewer onlookers, and more virtual reality enthusiasts.

- various films presented were produced by Oculus, HTC, Jaunt, or Condition One. Several independent projects were also on the bill. Through these achievements, several serious themes were addressed, such as homophobia or terrorism.

On does not yet know which of these productions will be available to the general public, and when. For now, check out the best VR films and installations presented during the Sundance Film Festival New Frontier. 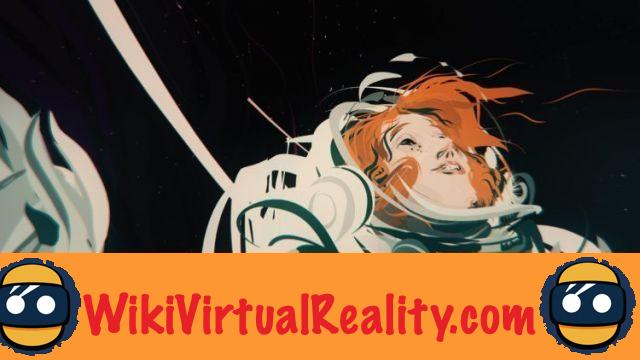 Le VR short film Dear Angelica is presented as a reflection on the power of art and fiction. This is the third project from Oculus Story Studio. The project was drawn in virtual reality by illustrator Wesley Allsbrook, using the Quill app.


Cette masterful work, innovative and unique in its kind, resembles a painting in which it is possible to move. The short film tells the moving story of a child remembering the different roles played by her mother, an actress by profession. This film is available now and for free on Oculus Rift. 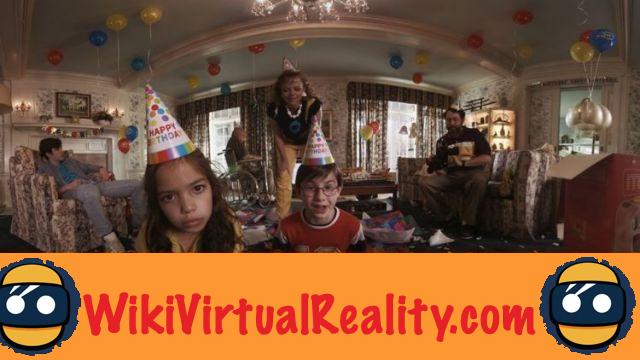 Made by the Oculus-funded studio Felix & Paul Miyubi is one of the longest-running VR movies ever produced today. Written in collaboration with Funny or Die, this production runs for 40 minutes. The story is that of a robot toy condemned to obsolescence. The film will be released on Rift and Gear VR in Spring 2017.

Out of Exile : Daniel’s Story 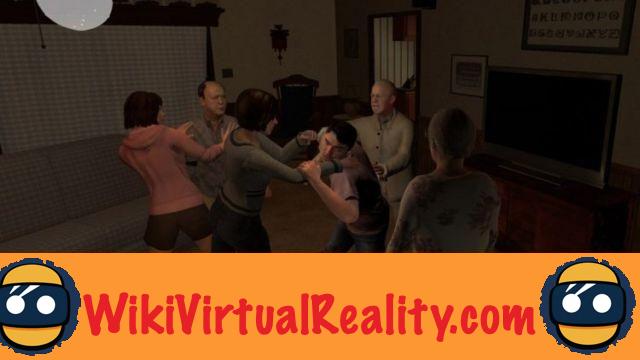 In 2012, Nonny de la Peña was the first director to present a film in virtual reality. This year, she presented Out of Exile. This short film describes the coming out of a young gay man into his homophobic family. Like he usually does, the artist recorded sounds from reality to reconstruct the scene in virtual reality. This movie should be available on various VR headsets later this year. 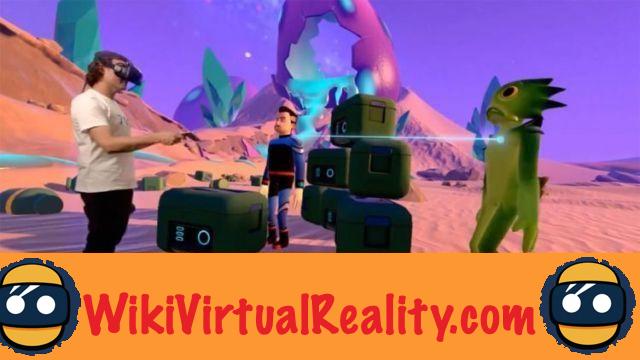 Already presented at CES 2017, Mindshow is a more ambitious project than most of the films presented at Sundance. This program is presented as a kind of tool of cinematographic creation in virtual reality. Users can record the movements and cues of the characters, then stitch those recordings together to create a cohesive story. The scene can then be shared and edited.

For now, Mindshow is still relatively limited. It is only possible to create a limited number of scenes, with only two characters. The software is only offered in beta but will be available for the general public soon. 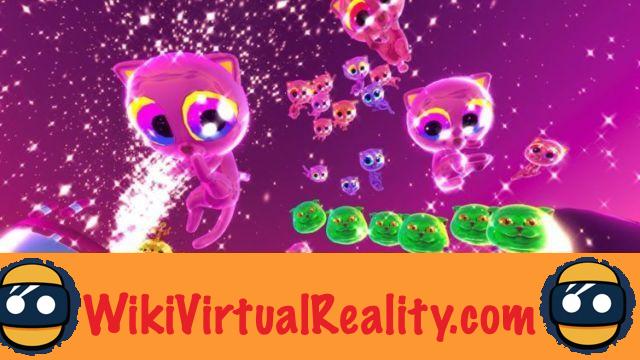 Colorful, surreal, Chocolate is an interactive experience offering the player the role of a robot whose objective is to propel cats on a crowd of worshipers in order to summon a giant cat capable of watering them with champagne. For now, no release date has been communicated. The experience should only be offered on high-end headsets like the HTC Vive.

The Sky is a Gap 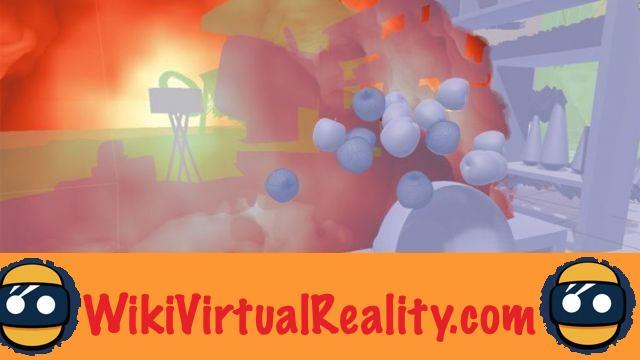 Unlike the other films shown at Sundance, The Sky is a Gap is still in development. The user is immersed in scenes of destruction. Its movements allow you to go back or move forward in time. It is possible to play for two on the internet. On the long term, Rachel Rossin hopes to provide a social play space, allowing dozens of people to move around a large house, changing the perception of space and time of other users as they move.. 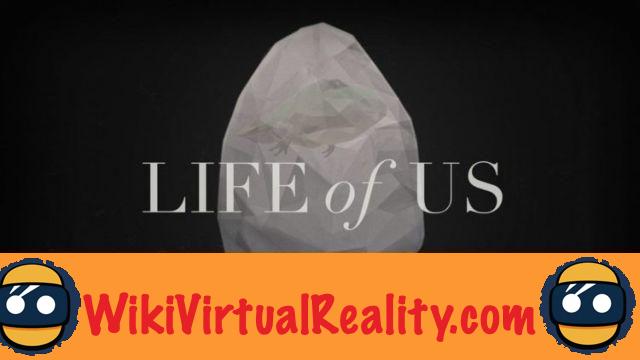 Produced by the studio Within, Life of Us is a cooperative experience, usable by two to four people simultaneously. Together, players evolve from the status of simple single-celled organisms to that of humanoid robots, passing by numerous sea, air and land creatures.

Throughout the experience, users can interact with each other and with the environment. For example, it is possible to throw little monkeys or paper balls. The Players can also communicate through the HTC Vive microphone, and their voices are digitally altered to match every scene of the adventure. Once the experience is over, users can remove their headphones, and their journey is projected onto a wall around a three-dimensional glowing egg. 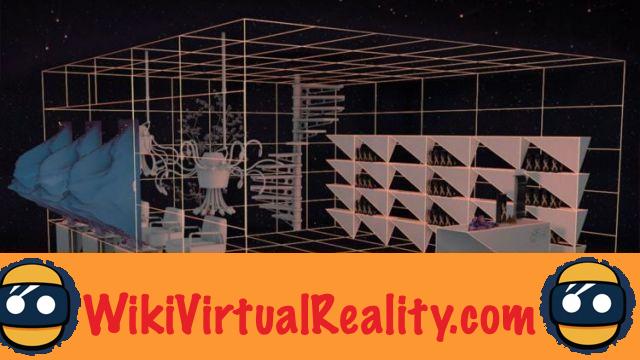 NeuroSpeculative AfroFeminism is partly a VR experience, partly an art installation, themed on the future of women of color. Artists have been contacted by Hypen-Labs to design products such as earrings to record police checks, or clothing with facial recognition technology.

Through a virtual reality headset, users can also discover the first chapter of a science fiction story about a "neurocosmetology" lab, where clients can access a digital temple through electrodes placed on their heads. 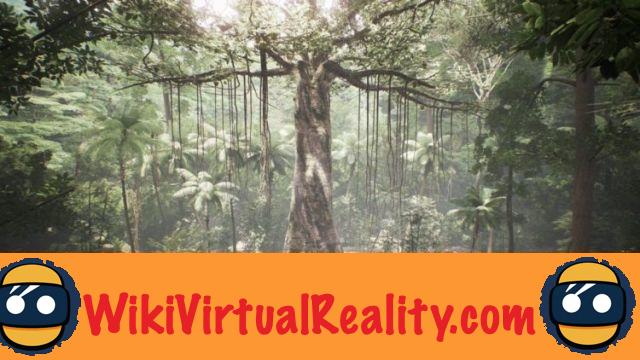 In , users play as a tree in a tropical forest, from its birth as a seed to its violent death during a deforestation operation. The experience is not just virtual. Before putting on the VR headset, the user receives a seed that he is responsible for depositing in a soil, as if to create his avatar. The objective is of course to arouse the empathy of users with regard to the environment.

Tree is the second New Frontier project by Milica Zec and Winslow Porter. Last year, the artist duo had presented a project on the theme of war. Next year, they plan to present the third part of the trilogy, more optimistic than the first two. 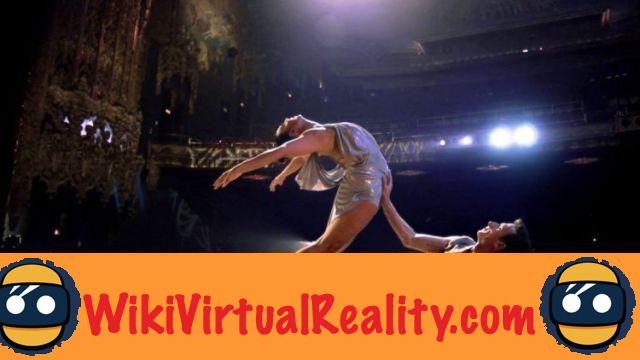 The experience features a dance scene to the eponymous song by David Bowie. She is offered as a 360-degree video for Samsung Gear VR, but also as an interactive augmented reality experience for Microsoft Hololens. Through this experience, the user moves around the room and activates augmented reality scenes through maps scattered around the room. The movements are tracked by the helmet and leave a light trail on the screen.

THE JOURNEY TO THE CENTER OF THE NATURAL MACHINE 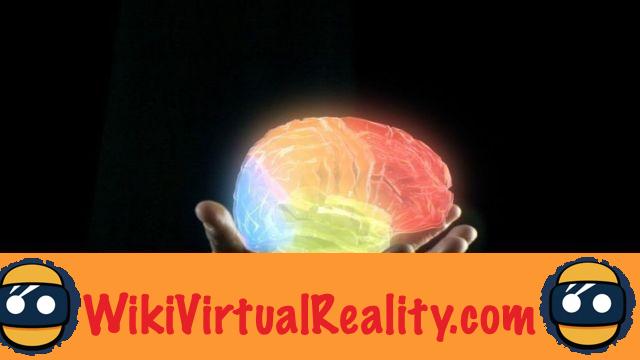 Developed by Meta, in collaboration with the directors of the short film Sight, this augmented reality experience offers two users of put on the Meta 2 helmet to place holograms in the room and discover the different parts of the brain.

'Agent Emerson' a VR thriller to launch in November