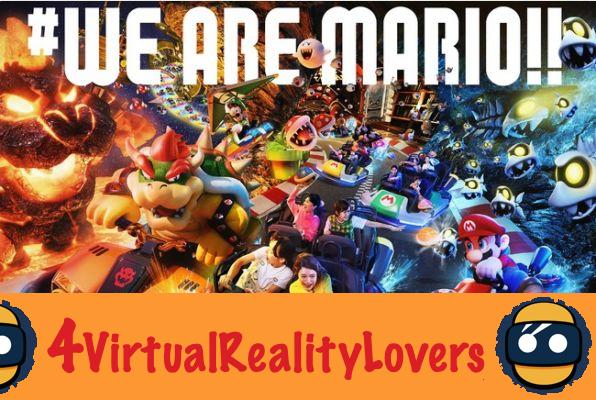 In February 2021, Universal Studios Japan theme park will open his new ”Super Nintendo World“ dedicated to the world of the Japanese video game giant. Something to dream of millions of fans around the world, and make them want to go to Osaka.

Today the park offers a preview of one of the attractions that will be available from the opening on February 4, 2021. It is an experience inspired by Mario Kart… with augmented reality headsets !

Two visitors will compete in a karting race. The karts will however be mounted on rails and will move automatically.

However, participants may draw virtual objects to throw them at their opponents and take advantage in the purest tradition of Mario Kart games. We can guess that it will be possible for example to slow down or stop the competitor by throwing shells at him, or to accelerate thanks to the mushrooms!

While many gamers dream of a VR headset for the Switch, Nintendo continues to explore the possibilities offered by virtual and augmented reality, and this is the third time that the Mario Kart franchise has been adapted in VR / AR. In Bandai Namco arcades, players can indeed play Mario Kart in virtual reality.