Super Smash Bros. Ultimate is entitled to its VR mode 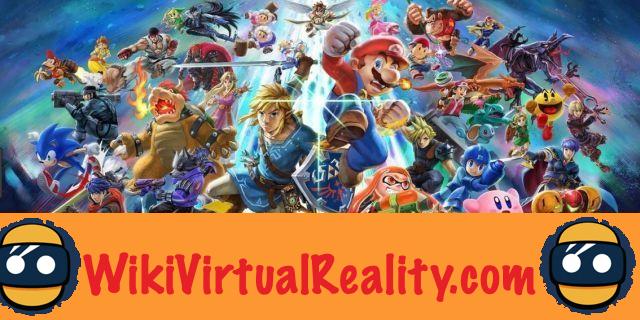 We know that Nintendo is not giving up its Nintendo Labo VR Kit. After Zelda The Breath of The Wild and Super Mario Odyssey, Super Smash Bros. Ultimate is entitled to its VR mode.

Super Smash Bros. Ultimate takes advantage of a new update already available. Version 3.1.0 not only brings specific adjustments to certain characters or the possibility of sending your Figs to fight on the internet, but also compatibility with the cardboard virtual reality headset.

No way to face your opponents online with the Nintendo Labo VR Kit on your head. No, it is a question of revisiting several dozen combat training camps from a different angle.

In a first mode, four characters controlled by the computer compete. You are a spectator of dantesque brawls between Mario, Pichu, Solid Snake, Link and the others. In a second, you fight against the CPU, so three fighters, with the helmet on your head.

Super Smash Bros. Ultimate in VR: a treat for fans

Once again, the Japanese firm relies more on the fan service than on a real advanced VR functionality.. Nintendo Labo VR Kit owners wander around in search of details and little surprises hidden here and there in the different levels of Super Smash Bros. Ultimate.

We are still waiting for other applications, other truly designed modes for VR. For now, Nintendo uses its product as a cool gadget. Super Smash Bros. Ultimate doesn't seem like an ideal title to immerse yourself in a different world or adventure. Nevertheless, we remain curious about the next proposals from the manufacturer of the Switch.

add a comment of Super Smash Bros. Ultimate is entitled to its VR mode