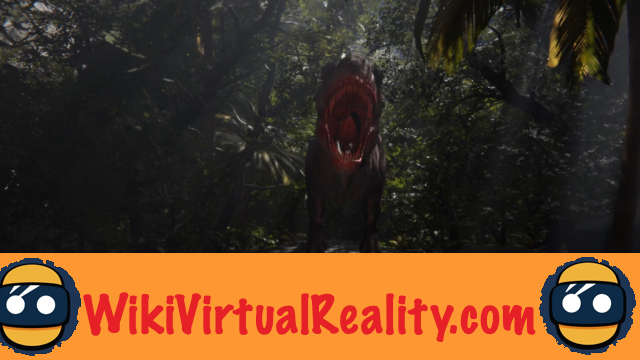 If you are a fan of Robinson : The Journey and let other virtual reality dinosaurs tempt you, the game “Goner” promises a horrific experience with giant lizards.

Designed by the Spanish Loco Players, the title is now on Kickstarter to raise the funds necessary for its development. Intended for the PC, it is a survival horror type game where the player steps into the shoes of Anthony Sunder, a man in search of his missing mother on a mysterious island.

Populated by creatures with large jaws and the cradle of an unknown civilization, the place quickly reveals itself to be riddled with deadly traps. We will recognize a classic frame similar to Jurassic Park or King Kong.

Some details on the gameplay are already available. We therefore know that the player can choose between two modes, Story and Survival. But in one or the other, he'll find a horde of dinosaurs ready to tear him to pieces. To get by, you will have to know how to manage hunger, thirst, fatigue, health or even temperature by hunting, cooking and making tools in the jungle.

Goner promises to push the limits of survival horror VR

In order to make the experience even more realistic, the game will reproduce the course of the sun with days and nights as well as changing weather conditions. And like any self-respecting survival horror, you must not waste your resources. On the other hand, we can also camouflage its scent with mud or water, a great idea to allow players to escape the jaws of the saurians.

In a press release obtained by the VRFocus site, Yeray Schwartz, CEO of Loco Players, compares their game with "Dino Crisis", last survival horror game centered on dinosaurs carried by a plot and with a single player mode. Schwartz even recalls that this 20-year-old title was not in the first person, unlike Goner.

In any case, Loco Players hopes to collect 24 euros from this Kickstarter campaign, funds intended for the production and development of the game. However, it will be necessary to reach the threshold of 190 euros raised for developers to bring Goner and his innovative survival horror to VR. No information on supported headsets.


If you want to participate, contributions currently start at 13 euros, giving access to a digital copy of the title at its eventual release.

Be Earth, a virtual reality experience on climate change ❯