Take to the moon with Andy and the Oculus Rift! 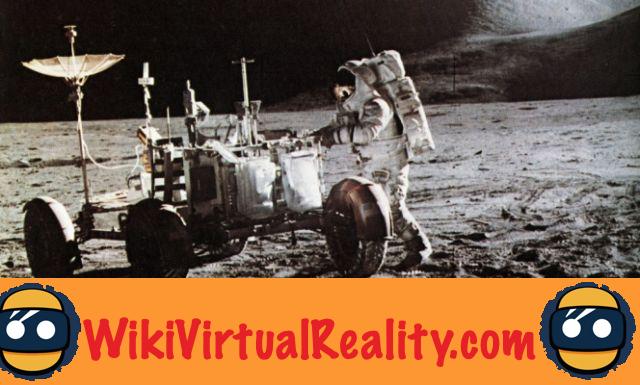 This chance was once reserved only for NASA astronauts, this is no longer the case. Researchers fromamerican university de Carnegie-Mellon have found a way to make this dream come true with a new model of lunar robot. Named Andy, this rover has the particularity of being remote control (hear from Earth) via a virtual reality headset, in this case theOculus Rift.

Thanks to its multiple on-board cameras, the device reproduces in real time and 3D the surface of the lunar star. To move the gaze, nothing could be simpler, Andy follows the movement from head helmet wearer and align their cameras accordingly. The user can then freely explore the Moon in subjective view, as if it were there (the risk of dying from asphyxiation less).

The scientists in charge of the project have partnered with Astrobotic, a spin-off of the university, to ensure the sending into space of the robot. According to their schedule, Andy should board from here late 2015 early 2016 in a Falcon 9 rocket, owned by Space X, a private company founded by billionaire Elon Musk (Tesla electric cars). In addition, a ancient astronaut of the Appolo 9 mission, Rusty Scheweickart, supports and works on this project as consultant.

The students behind Andy's development have another goal in mind: to win the Google Lunar Prize ! This competition, organized by the web giant, rewards teams that succeed in send a robot to the moon. As a result, an endowment of more than $ 30 million. An amount that would greatly facilitate the smooth running of Andy's trip. Unfortunately, Google's criteria don't stop there. In addition to landing on the satellite, the robot will have to move over a distance of at least 500 meters, and transmit HD quality images of its journey. For the moment 18 teams have entered the race for the Moon.


A technical and technological challenge

As you can imagine, this project is far from easy to achieve. For the sake of confidentiality, Andy's developers have not disclosed in detail how their baby works. Nonetheless, Carnegie-Mellon researchers have reported several difficulties, especially withOculus Rift.

Indeed, theAPI (Application programming interface) of the virtual reality headset was unable to receive 2 streams of real-time video simultaneously. The great distance which separates the Moon from our planet also remains a thorny question, indeed what about the latency which will inexorably result between the user of the helmet and the robot?

A gift for humanity

An innovation that Carnegie-Mellon researchers count on share with as many people as possible, to start with schools. The idea would be to provide an Oculus Rift to each school. A website project is also under discussion to allow headset owners to connect with Andy.

Eventually and if the first trip goes well, hundreds of other robots could be sent to the lunar star in order to offer almost instantaneous access to all those curious to visit the White Lady. Daniel Shaffrir, engineer and project member, is convinced of Andy's tremendous potential. ”“.

$ 3 million raised thanks to Oculus Quest for Virtual Desktop ❯

add a comment of Take to the moon with Andy and the Oculus Rift!