[Test] 3DRudder - Move around in VR without getting tired

This year 2016, virtual reality has arrived on the shelves, after years of fantasies and unsuccessful attempts. But the availability of VR products has also made it possible to highlight certain limitations of the technology as we know it today. Among these faults, there is the lack of content, the cumbersome aspect of the equipment, their cost and the impossibility of moving in a realistic manner which limits the identification and immersion of the user. The 3DRudder proposes to respond to the last two issues.

3DRudder test: An accessory to move around in virtual reality

With virtual reality headsets, many accessories have appeared. Some allow you to touch, smell, taste, but also to move around virtual environments. However, the latter type of accessory often relies on an expensive and spacious treadmill system. We think in particular of the Omni of Virtuix. The 3DRudder, this curved board that you control with your feet and that leaves your hands free, available since last November, offers a whole new way of getting around. Here is our test. 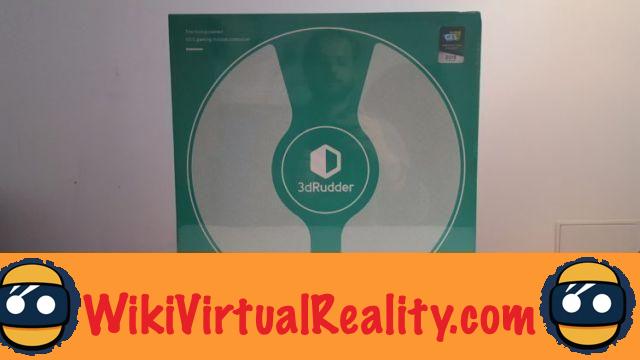 Our 3DRudder was delivered to us in an emerald colored box. Very compact, the packaging is reminiscent of those of HTC Vive and Oculus Rift, because it integrates a handle that will greatly simplify the life of those who wish to transport the device. On the front, a full-scale diagram of the 3DRudder gives a good overview of the object it contains while on the rear, additional information related to its modes of use is displayed in a simple and intelligible way. 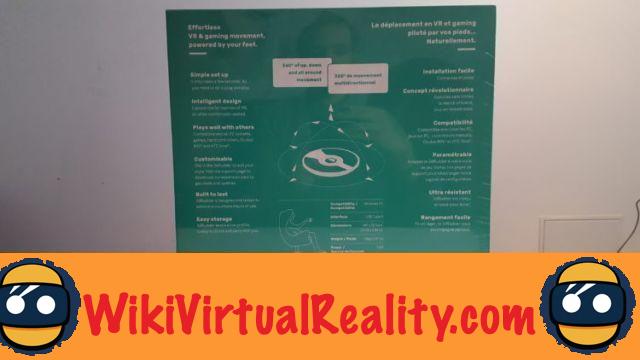 When opening the box, we find ourselves facing a note hanging on the black protective foam. The latter simply shows the information relating to the installation and the first use of the accessory. We will tell you more in the dedicated section. As we lifted the foam cover, what was our surprise when we noticed a contrast in color. Indeed, the 3DRudder that we have received is bright red in color, and not emerald as the box might suggest. 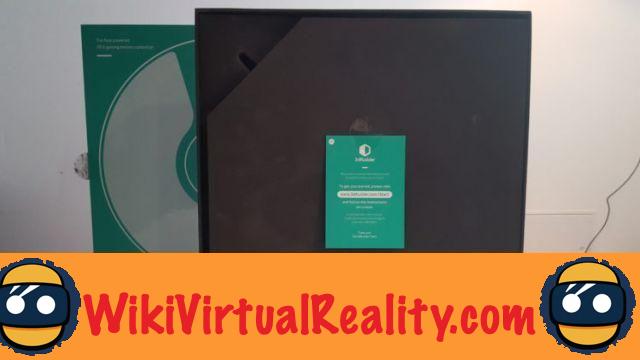 The board integrates a USB cable, and that's it. Within the packaging, no cables, accessories or additional documentation. The user will therefore be able to easily install his device, both physically and electronically. 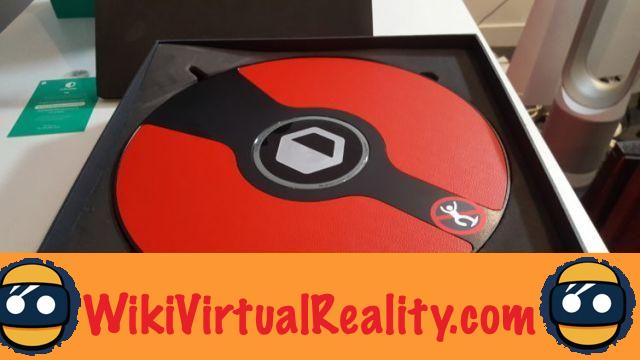 Design and Ergonomics of 3DRudder 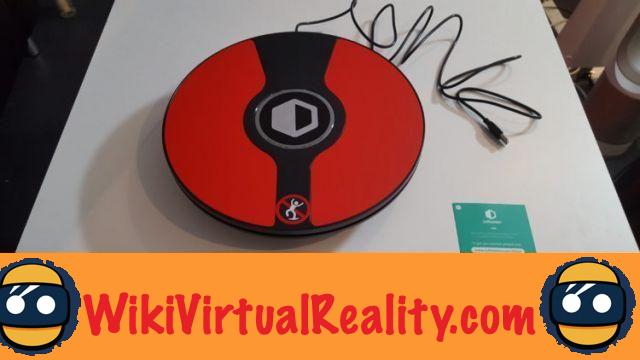 Although several colors exist, our version of the 3DRudder was red in color. The space where the user must put their feet is clearly defined while in the center is the brand's logo. Said space for use is in relief and made of a material such that it prevents the user's feet from slipping or making involuntary movements. 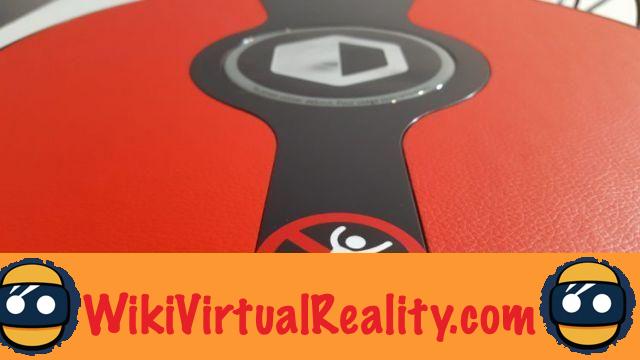 The device is rather light and compact. Its dimensions are 340 x 72,5mm for a weight of only 1,8kg. Its weight will therefore not be added to the already complicated transport of a complete VR solution. No unnecessary connections, just a simple USB Type A cable to connect it to a computer. We can still wonder if the integration of the USB cable does not make this device fragile and whether it is easy or not to replace the wire if it were to be damaged. 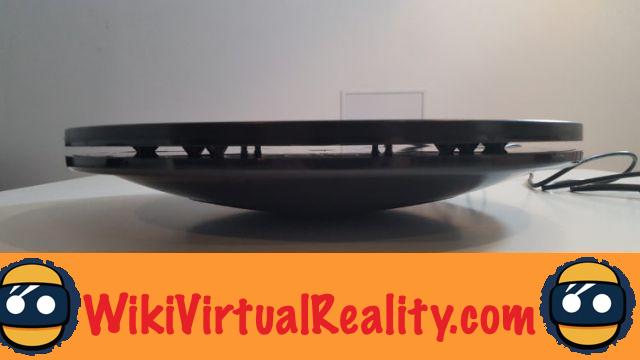 Otherwise, the 3DRudder is in the form of a saucer. If the top side is flat, the bottom is curved. Side notches make it possible to observe the six pressure sensors integrated in the device and to understand more or less its operation. Its curved shape will allow the user to apply pressure with their feet in order to move forward, backward, left, right, but also up and down. 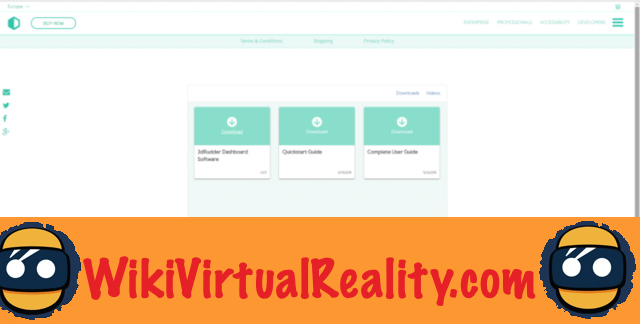 Before you can take advantage of 3DRudder, you must create an account on the brand's official website.. In doing so, the user will be able to access the 3DRudder Dashboard software that he can install on his computer if it is equipped with a Windows 7 version and above. After connecting the 3DRudder, the installation is done naturally, without complex options or preferences to set. The user is really supported throughout the process. 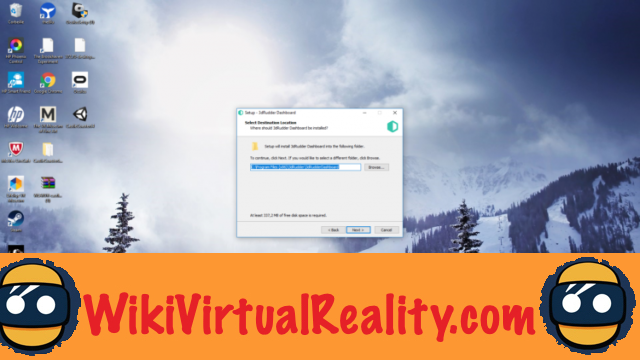 Once the device is installed, the application runs in the background and is available in the taskbar. Within it, several types of settings are available, mainly related to its mode of use. Once again, the user is well supported, because he has immediate access to a tutorial and to a virtual space which will allow him to take in hand, or rather in feet, the device. 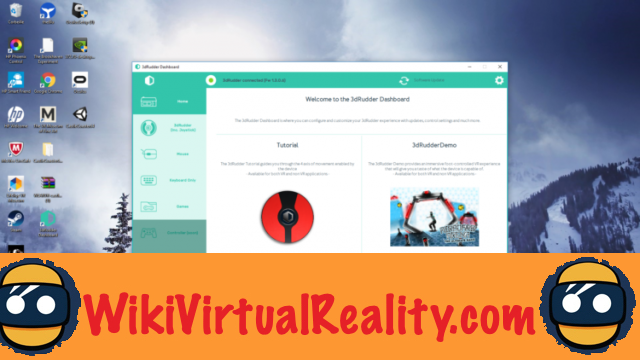 The least we can say is that the 3DRudder is a versatile device.. Indeed, not content to be interactive with virtual reality, the board can also take on the role of a computer mouse, a keyboard or even a gamepad, depending on the user's needs. We understand immediately, the board mainly proposes to free the hands and can help people with disabilities to benefit from the same experiences as players in full possession of their motor skills. 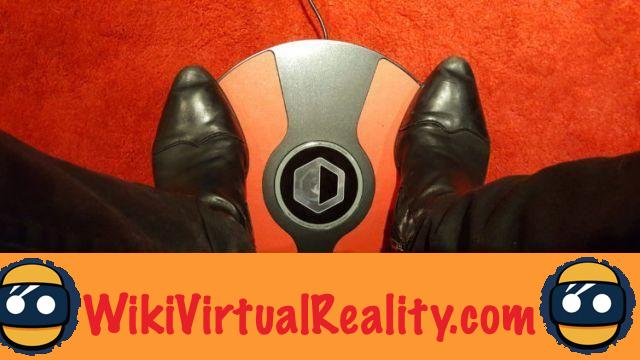 But what interests us of course is virtual reality. So, does this accessory allow you to realistically enjoy VR and move around virtual environments as well as an Omni would? The answer is now yes. Indeed, the 3DRudder is compatible with the Steam library, because it is able to manage the roomscale features offered by the HTC Vive. All while sitting in your own chair in order to be able to move forward within the VR. 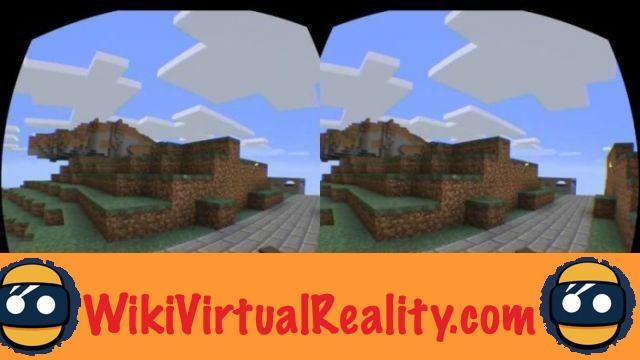 It will however be well suited to Oculus Rift games (this does not include the latest games released to accompany the Oculus Touch), as these have been built to work with a gamepad.. The time has therefore not come to enjoy the best FPS in VR with the 3DRudder, even if its creator tells us that he is working on a solution that will make the device compatible with all VR games. However, since the update, it is possible to enjoy games such as Arizona Sunshine with the 3DRudder.

In addition, the reactivity imposed by certain types of games may pose a problem, because a rather long adaptation time will be necessary to master the device to perfection and make it a real extension of the body.. On our first try, we often found ourselves spinning around at high speed which caused motion sickness. But the user who has managed to tame the board will not suffer from such ailments. These nausea-causing concerns have been adjusted and addressed by the various device updates. 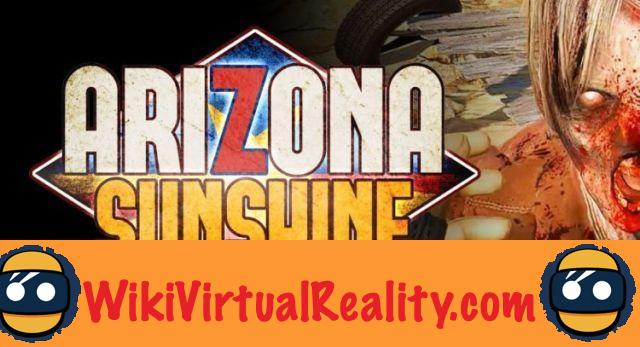 Since a recent update, the 3DRudder is also compatible with some PC games. You can configure the device like a gamepad with, depending on your configuration, the position of your feet determining your action.

The 3DRudder compared to the competition 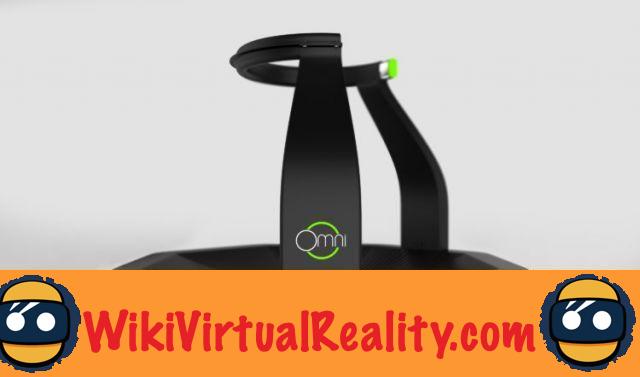 To date, no device looks like the 3DRudder. The devices that come closest to this are treadmills like the Virtuix Omni or the Vue VR Treadmill, both priced at $ 699. These devices allow you to move convincingly in virtual reality, but are quite expensive compared to the 3DRudder which costs only 179 €. In addition, they take up so much space that they are better suited to arcades while the first is more geared towards the general public.

However, the accessory, even if it exceeds them in terms of accessibility, does not equal them in terms of compatibility. But again, these are not the same products except that they are aimed at allowing the user to move around in virtual reality.

The 3DRudder, although it is supposed to be optimized for virtual reality is not able to solve the question trips in VR. In reality, it will be more suitable for traditional games, as it has very little compatibility with VR games. We must also admit that sitting still is very immersive. As it stands, it does not replace the other solutions, but it will be necessary to see in the months to come if the manufacturer finds a way for its device to play all VR games.

Design: A simple but not extraordinary design. Its material provides good support for the feet Ergonomics: Small and light, the curved board is a pleasure to use. Features: Very few compatible VR games because no roomscale function. In its current form more suitable for traditional games Quality / price ratio: Much more accessible than other accessories even if very little compatible. But this should change in the coming months.