The device remains very simple. You must first place the smartphone in the helmet. The semi-unfolding part is quite practical and allows you to put on and take off the smartphone easily.

Then you have to adjust the straps so that the helmet does not tighten your head too much. Personally, whatever I do my nose would be crushed, especially at the top of the nose. I had to hold it in my hand to avoid pain. So not necessarily very comfortable and not very practical for all heads.

Finally, lens adjustment remains very simple by operating it with a button. As a result, I almost instantly found the lens-to-eye distance that worked best for me. 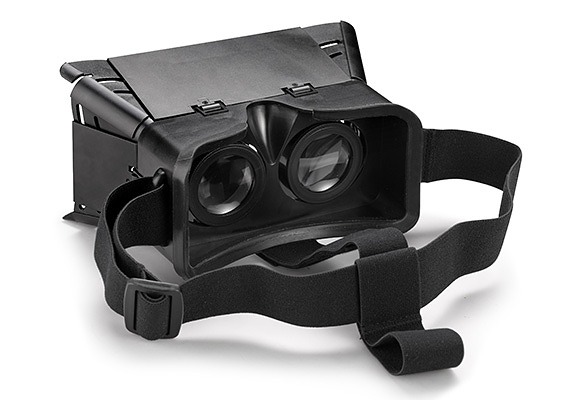 Specificities of the Archos VR

Here is the optimal configuration required to fully enjoy the headset:

Optimal screen size is 5 inches. Otherwise the headset also works with smartphones from 4,7 to 6 inches. Optimal screen resolution est Full HD (1080 x 1920) or higher. Otherwise, the normal resolution is HD (720 x 1280). Below 480 x 800, it's very limited. The optimal CPU is a 1.6 GHz Quad Core higher gold. If it is lower, you have to test the applications, some of which may not work as well.

The smartphone must have an accelerometer and a gyroscope to operate games and videos in 360 °. The required operating system is Android / iOS because without that, there aren't many applications to test (especially on Windows Phone). 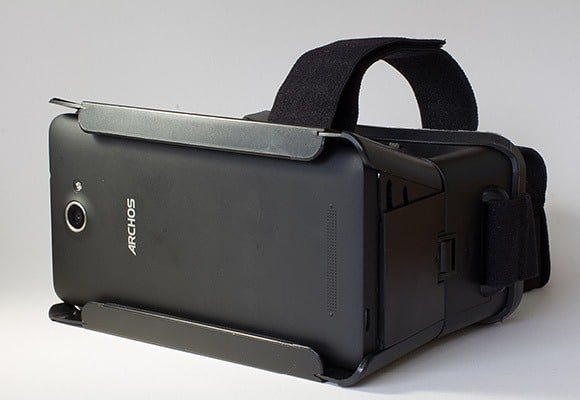 The applications of the Archos VR headset

The Archos VR glasses have the possibility of enjoy 360 ° and stereoscopic 3D experiences. In addition it has a twenty applications available on Google Play listed on their site. They can read some many others found in Android / iOS application stores.

Regarding its price, the most attractive element, the helmet is relatively inexpensive with its cost of only 20 € for this plastic helmet, but for the moment the helmet is no longer available for sale.

Archos VR did not make me dream. I was probably expecting too much but at least I could appreciate what I observed through the lenses, it's already a good point. Afterwards, given its price, you shouldn't ask too much either. But we can emphasize that it costs as much or even less than cardboard helmets. I really hope that in the future, they will review their strap and / or the nosepiece, because that's a bit the big black point of the helmet. If you ever want to test virtual reality, Archos VR can prove to be a good choice due to its very affordable price.

[Tutorial] How to play Robo Recall on HTC VIVE ❯