Test Ayahuasca in virtual reality with the short film Awavena 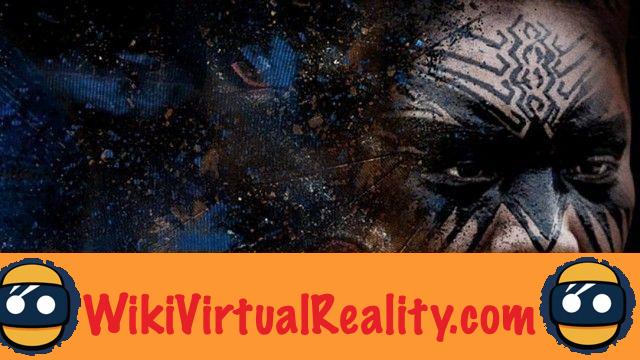 Once reserved for shamans and natives of the Amazon rainforest, Ayahuasca is a very potent hallucinogenic herbal drink which attracts many travelers to South America. However, this spiritual experience of communion with the wilderness is not without risk. It can be particularly dangerous for Westerners who are totally foreign to this ancient culture ...

Luckily, if you are interested in shamanism, but don't feel ready to take the plunge, it is now possible to test Ayahuasca… in virtual reality. The short film tells the story of Hushahu, first woman of the Yawanawá tribe to become a shaman.

Guided along the Gregório River by Hushahu, the viewer will have the opportunity to experience the sensation of being physically present in the Amazon rainforest, to drink the sacred Uni tea, and feel the energy of the surrounding nature.

To simulate the effects of the mystical brew, this 17-minute short film in “mixed reality”  combines augmented reality, virtual reality and 360-degree filmed images. Funded by the Sundance Institute, the film is produced by Nicole Newnham and directed by Lynette Wallworth: a duo already awarded an Emmy Award for their previous short film Collisions.

Initially presented at the Sundance Festival in January 2018, Awavena has however undergone many modifications until September 2018 for take advantage of the latest VR technological innovations.

The final version of the short film will be presented during the Venice Film Festival which runs until September 8, 2018. In this context, visitors will have the opportunity to attend an optional second part after consuming an herbal drink.


They will then be able to enter "sacred space". They will be given a backpack PC allowing them to move physically in the Yawanawá forest transcribed through LIDAR scanning. So, the forest will react to all the user's movements. Note, however, that the drink offered to spectators during the festival will not be real Uni tea.

This short film proves that virtual reality not only allows you to travel in space and time, but also in the confines of the human mind and the mysteries of the universe ... in December 2016, a Microsoft researcher had moreover compared virtual reality to LSD.