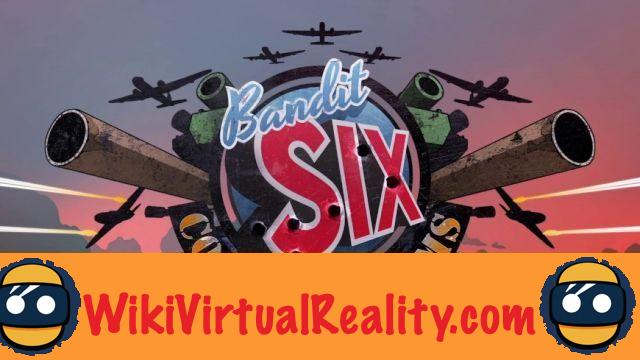 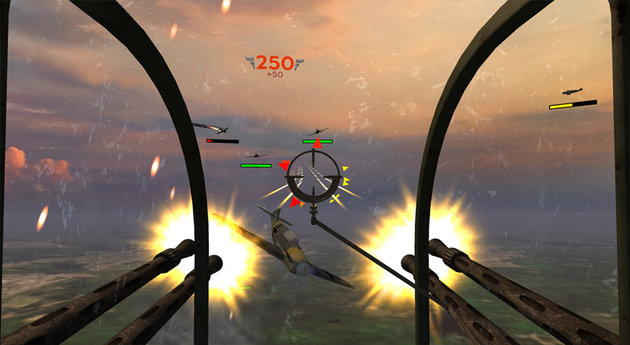 The action of Bandit Six takes place during the Second World War. We thus find the atmosphere of the time, and the combat vehicles of yesteryear. As in all arcade oriented games, the scenario is however reduced to the strict minimum. No narrative plot is offered, no cutscene intersects the action. There is also no character, since the game is played in first person view. The player is content to play an anonymous fighter pilot. In summary, Bandit Six is ​​completely devoid of scenario, but fans of the Second World War will no doubt be happy to find this historical period. 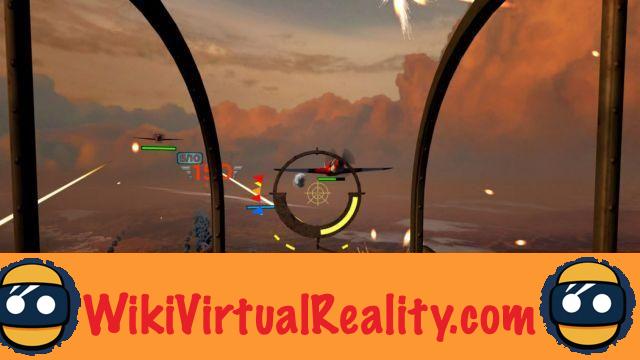 As mentioned in the introduction, Bandit Six on PSVR actually brings together two games: Bandit Six and Bandit Six Salvo. These two titles, developed by Climax Studios (also at the origin of the excellent Gun Sight on Gear VR), are the basis of the mobile games available on the Android Play Store. They were subsequently adapted separately for virtual reality on Gear VR and Google Daydream.

The first game, Bandit Six, offers the player to play as a gunner aboard a WWII fighter plane. The gameplay is extremely minimalist. The player aims by turning his head, thanks to the head-tracking of the PSVR, and shoots enemy planes with the R2 button. Aim, shoot. These two actions sum up the gameplay of the game. The player must monitor his health gauge, as well as the overheat gauge of his weapon.


In each mission, the player must complete a specific objective. However, in general, the goal is to destroy a number of planes within the allotted time. The planes appear in the distance, and rush at you while opening fire. It is therefore a question of aiming well to destroy them before they are too close or pass behind your plane. To be fair, it's very difficult to aim accurately beyond a certain distance, and the difficulty turns out to be high from the start.

Of course, some variations come to spice up the action a little. For example, in some missions, your allies are the target of enemies. If the allied planes are destroyed, the game is over. Likewise, from time to time, missiles coming from the ground will come to put you in danger and will have to be destroyed before hitting the target.

Note also the presence of refueling planes, releasing a crate when they are shot down. These boxes contain different bonuses: the assault, which increases the firepower, the tool kit, allowing to repair the plane instantly, the score multiplier, the cooling which prevents overheating, the strafing which allows to fire more quickly, temporary invincibility, and the retarder of time. In short, the usual bonuses of arcade games of the same genre.

Once the mission is completed, the player is assigned a score based on the time elapsed, but also on the plume with which he shot his enemies. For example, he will get a higher score if he manages to shoot down planes from a distance or kill two enemies in a row. Depending on his score, the player receives a certain amount of money.

This money will make it possible to improve the armor of his plane, or the weapons. It is possible to increase recovery speed, rate of fire or damage dealt. Money also increases the duration of temporary bonuses. In addition to money, each completed mission earns medals that will allow you to buy new, more powerful weapons. 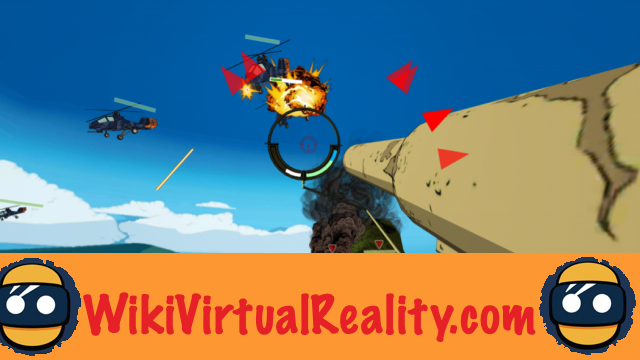 For its part, Bandit Six Salvo offers the player to control multiple cannons to defend a strategic point against enemy assaults. At the start of each mission, the player is faced with a card, like a real army general. He must choose various cannons and place them wisely on the map. Three different guns are available: the machine gun, effective against fast units, the mortar, useful against armored vehicles, and artillery, designed to shoot down air units. This preparation phase therefore adds an appreciable strategic dimension.

Once the mission is launched, the player can switch between his different cannons by pressing R1 or L1. Land, sea, and air units are pouring in, and the objective is to take them down before it's too late. Depending on his score, the player receives gold which allows him to buy upgrades for the various guns.

Once purchased, upgrades can be selected and assigned during the preparation phase before each mission. It is possible to assign two upgrades to each cannon. Here again, the possibilities of customization reinforce the strategic aspect. 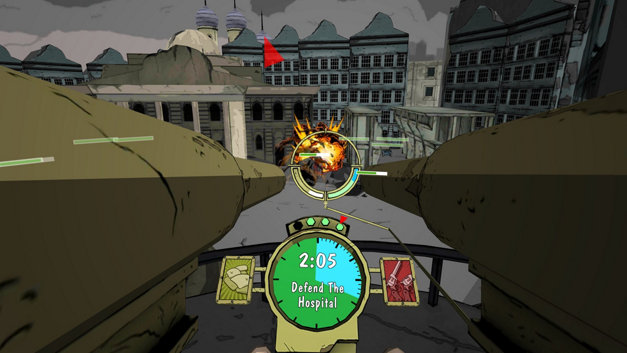 Bandit Six has 64 missions, and Bandit Six Salvo 32 missions. The high difficulty guarantees a completely correct lifespan. However, the sketchy and repetitive gameplay limits the interest of the game a bit. title is recommended only to fans of fighter plane simulators and war games.

La PSVR resolution is what it is, and Bandit Six is ​​therefore not visually stunning. The pixels are clearly visible, and the whole is relatively dull. Concretely, the graphic quality will remind you of the golden age of the PS1. On the other hand, Bandit Six Salvo opts for more pleasant cell-shading graphics. As on the old consoles, the cell-shading compensates for the low resolution and also gives more colors and tone to the graphics.

La its soundtrack goes completely unnoticed, muffled by the sound of gunshots and the crackling of the radio. The atmosphere of war is well transcribed, but nothing more.

La feeling of immersion is suitable, especially thanks to the first person view. However, the low resolution reminds every second that you are in a video game and not in a real fighter plane or behind a mortar.

In Bandit Six and Bandit Six Salvo, the player is static. Installed behind his machine gun or his cannon, he does not move. Fact, no problem of motion sickness is to be feared. However, like all PSVR games, some users can quickly experience a feeling of nausea. 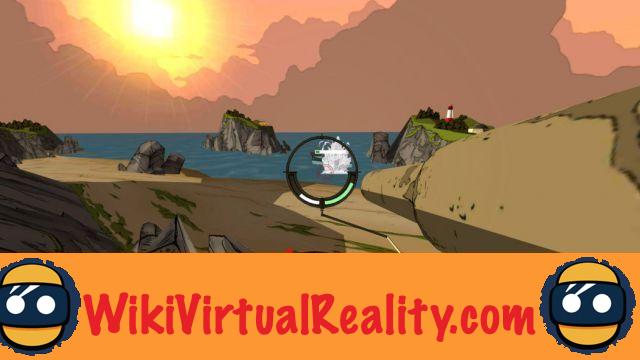 Bandit Six is ​​a fun arcade game with no real added value. The lovers of war games will find their account there, others will probably not spend more than a few minutes. The low graphics quality of the PSVR greatly reduces the enjoyment of the game, and there is no real incentive to overcome this discomfort. In short, Bandit Six is ​​a decent game that lacks personality.

Comfort: Comfort attenuated by the poor visual quality of the PSVR.