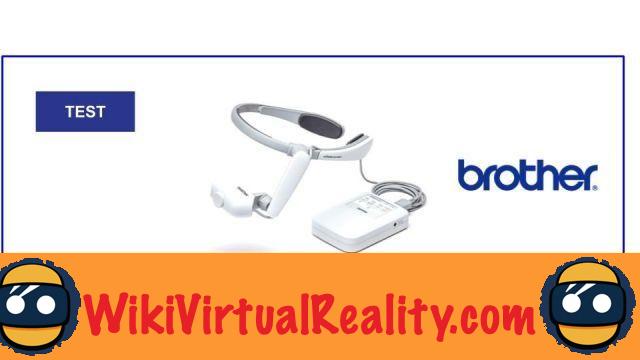 Design and ergonomics of AirScouter glasses

From the grip of the device, its design catches the eye. Manga fans will see an almost perfect replica of the Scouteurs present on the Sayans in the cult manga Dragon Ball Z. If we choose to stay serious, the gray set of glasses gives a coherent whole to the device. Even if the latter remains far too classic. 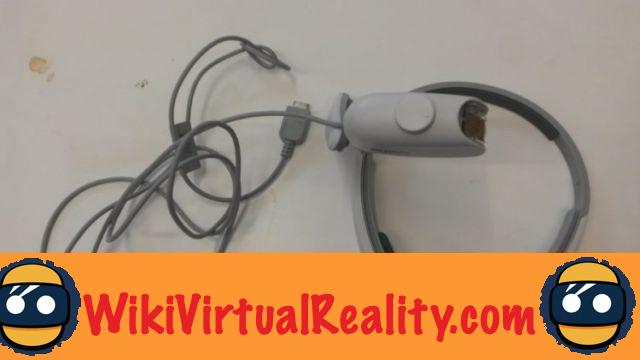 On the other hand, the shape of the glasses seems misleading for the installation on the occiput of the user. Indeed, its side “headband” suggests that the device should be placed vertically with the branches behind the ears.. However, the glasses must be worn vertically in order to take full advantage of the ocular interface. The glasses can also adapt to each person by changing the angle of the viewing mirror.

On the head, thanks to three pads placed where the helmet comes into contact with the skin, the device remains comfortable to install. Even if the fact that the mirror has to be placed on one eye turns out to be sometimes annoying and problematic. On the other hand, the proliferation of cables necessary for the use of the device turns out to be a weak point. 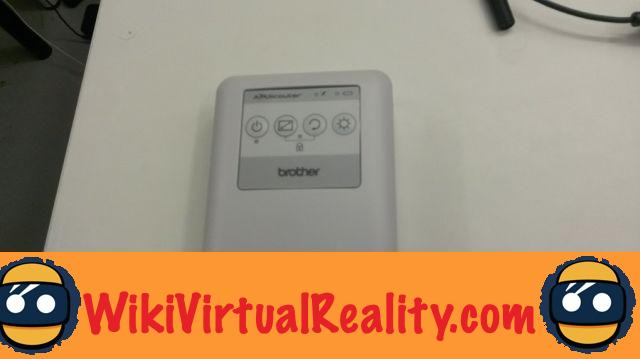 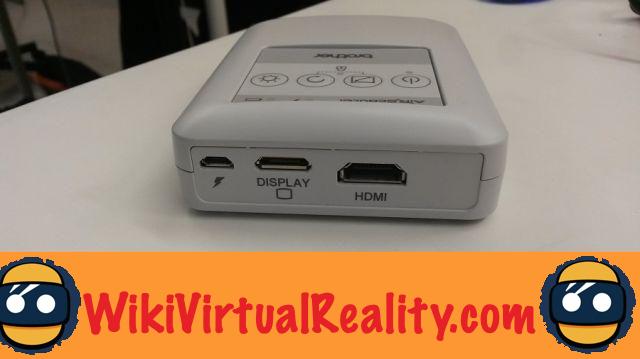 In addition, the device has an interface box where several elements are connected. We find firstly the port for recharging the device on the mains, the socket to use an external battery, the port for connecting the glasses and finally the one for installing the HDMI cable.

First of all, AirScouter glasses are exclusively dependent on other objects. Indeed, for optimal use of the device, the glasses must be connected via an HDMI cable to other devices such as smartphones, PCs or tablets.. Once installed, you can take full advantage of the device. Some users also use the glasses to pilot and view their drones. If our team was not able to test this facet of the use, the feedback from people who have tried this function is generally positive. 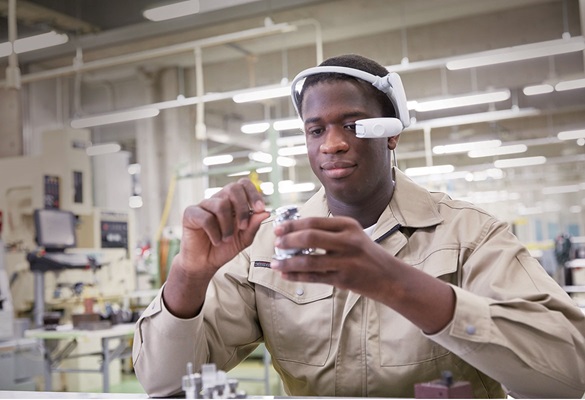 Very quickly, a problem arises: the resolution of 720p despite the small screen interface available. Indeed, the fact is that this too high resolution can only be placed on one eye and spoils the whole. In addition, the fact of not using an eye means that the user cannot take full advantage of what is displayed. Thus, the user cannot really interact with the content of what he is viewing. Even by adjusting the focal length of the reflection, the image projected on the retina is not fully transcribed.

The main interest of the object is to be able to enjoy video content while doing other things. Thus the video is displayed via the mirror interface located on the appendix of the device placed in front of your eye. The cable having a maximum length of two meters you have a relative freedom of movement. 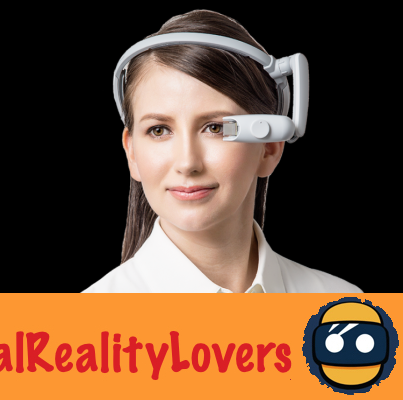 
The AirScouter against the competition

Competition for Augmented Reality glasses is fierce these days. It is therefore immediately necessary to remove the Hololens from the comparison, because the difference with the AirScouter glasses. On the other hand, it is easier to compare the latter to the Epson Moverio BT-300 glasses.

Firstly, on the design of both devices, Epson glasses actually look like real glasses. This facilitates their use as well as their installation on the head of the person. The Epson is very light: only 72g against 300g for the AirScouter which again simplifies its design and ergonomics. The latter has such a crude design that it does not compare to its competitor.

When it comes to functionality, it is clear that here again the Epson Moverio greatly outperforms the AirScouter. Indeed, the device has a menu to view exclusive programs in augmented reality unlike Brother glasses which are only an interface where you can watch programs via other devices. Even if the application menu is very poor, it still offers more guarantees than the AirScouter Goggles.

As for the resolution of the glasses, the level of performance is equivalent: 720p. However, the screen size is radically different. Si AirScouter glasses project the programs on your eye, the Epson device projects the images onto both lenses and therefore offers a larger viewing area.

In light of this test, it seems obvious that the Brother AirScouter glasses are not yet suitable for sale to the general public. The device is intended, for the moment, for professional use. First of all because of the HDMI connectivity, which makes the use of glasses very limited. In addition, the fact is that the device is not efficient in terms of use since we cannot interact with the programs watched. The fact is that the main interest of the device is to be able to move freely while enjoying its program. Yet there is still hope for glasses. In fact, Brother France's marketing and communications director said in 2012 that he wanted to work on a system where our own iris to control the screen. But for now, if the basic idea is good, the device still needs a lot of improvements.

Design and Ergonomics: The design of the AirScouter glasses remains quite ordinary and even if the device is quite simple to wear, the general set remains too classic.

features: The functionality of the device lies in playing videos through other devices such as tablets or PCs.

Use : The use of AirScouter glasses remains extremely limited on a domestic side, we can only use them in dependence on other devices having an HDMI socket. However, for some devices like drones the device is effective.

Quality / Price ratio: A price of around 2000 € but exclusively intended for professional use, which still remains confidential. Duplication may be problematic for the general public.