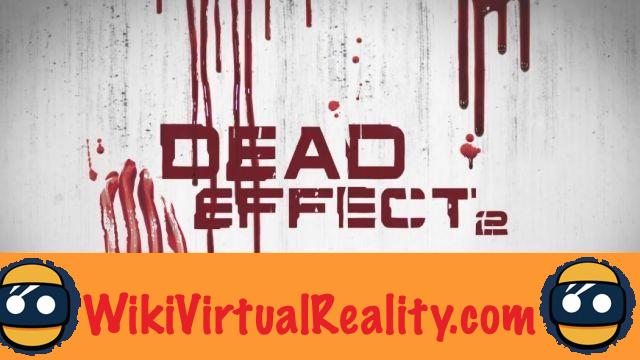 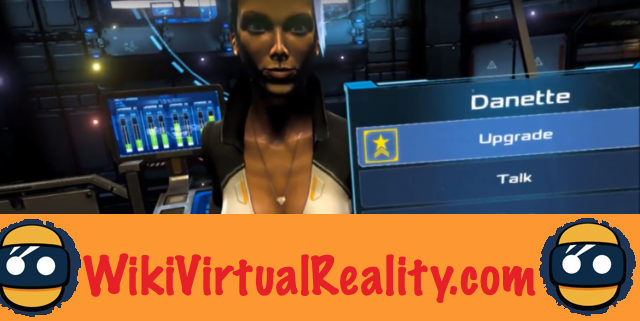 At the start of Dead Effect 2 VR, the character wakes up after a long period of cryonics. A mysterious voice guides him and explains that a human-made virus has spread through the spaceship, turning all of the crew into zombies. Worse yet, the protagonist himself is infected and is slowly dying. A few exploded zombie heads later, the hero finally meets Danette, a young woman whose nipples are constantly bristling.

From this point on, the player sets out to find out what happened in the ship while it was sleeping. Quickly, the hero meets Minikin, a character whose brain has been damaged, and Dr. Bielik, a specialist in implant enhancements. Between each mission, the player can converse with these three characters in the main hub of the spaceship to discover more details about the narrative. The dialogues are a little silly, but the game has the merit of offering a plot and a scenario that is somewhat developed.


Dead Effect 2 VR gameplay: a gameplay between FPS and RPG

Dead Effect 2 VR skillfully blends the FPS and RPG genres. So, the title is presented as a first person shooter, but also incorporates elements of role-playing game. The player can choose between different classes of characters. Gunnar Davis presents himself as a soldier specializing in heavy weapons, Jane Frey is a shotgun professional, and Kay Rayner is an expert in bladed weapons. Each of these characters has different characteristics.

Once in play, by shooting down his enemies, the player regularly receives new weapons, classified by level of rarity. Between each mission, it is possible to choose which weapons to equip. Up to six weapons can be equipped. Each weapon slot corresponds to a part of the player's body where they must place their hand to grab the weapon in question. Weapons can be upgraded from Minikin. Likewise, the player receives skill points as he progresses which allows him to choose special skills from Danette. Doctor Bielik allows him to improve the implants. You will understand, the game gives pride of place to the personalization of the character.

For the rest, the gameplay is relatively classic and is similar to that of other FPS in virtual reality. The player moves by teleporting, grabs his weapon by placing his hand at the corresponding location, and pulls the trigger by pressing the trigger of his Vive Wand or Oculus Rift controller. The reloading is done by placing the weapon at the level of his thorax. Note that the game has a certain realism in terms of handling of weapons. For example, if the player decides to use an assault rifle with one hand, the recoil effect will cause the weapon to spin in all directions. It is therefore necessary to grasp it with both hands. Each enemy has a life gauge which decreases with each shot received. A well placed shot in the head reduces this gauge significantly.


Initially, Dead Effect 2 is a game designed for smartphones, and this is reflected by the slowness of the enemies and the somewhat rigid movements of the character.. However, the title remains very fun and let off steam. In terms of gameplay, Dead Effect 2 does not invent anything, but combines the best of different genres to provide a very complete experience. 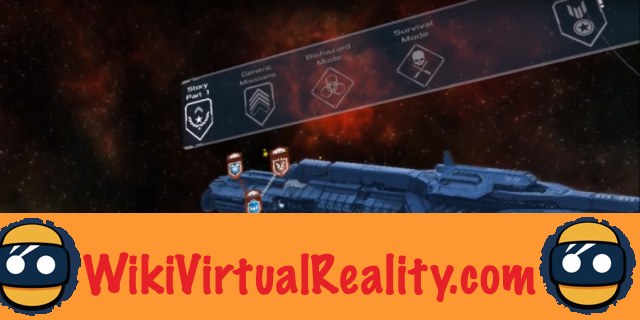 THEadventure proposed by Dead Effect 2 VR is broken down into multiple relatively short missions. Once completed in story mode, these missions can be performed again in survival mode and in Biohazard mode. These two modes allow you to gain experience in order to become stronger and to be able to progress in the adventure. The service life is therefore rather substantial. In addition, the multiple customization possibilities extend this lifespan. The player will be tempted to try the different classes, and why not redo the game using different special skills.

Developed with Unity, Dead Effect 2 VR features quality graphics. The lighting effects are quite impressive, as are the detailed textures. Several levels of visual quality are offered in the settings, and if your machine is powerful enough, the extreme mode is a feast for the eyes. On the other hand, the artistic direction will not appeal to everyone. Dead Effect 2 VR presents a dark atmosphere, a mature aesthetic, and is meant to be very gory.

The result is not very perky, but has the merit of changing the games with childish graphics that abound in the virtual reality market. The soundtrack is clearly not very striking. The sound effects are effective, and the dubbing are correct.

Dead Effect 2 provides a very good feeling of immersion. The atmosphere is oppressive, and the monsters that appear around the corner of a corridor will make you jump. The breathless rhythm makes the player feel really threatened and immersed in the skin of his character. In addition, the many customization possibilities allow the player to create a character corresponding to his personality, and therefore promote immersion.

En in terms of comfort, there is nothing wrong with Dead Effect 2 VR. The movement system does not cause nausea, and the quality graphics provide impeccable visual comfort. 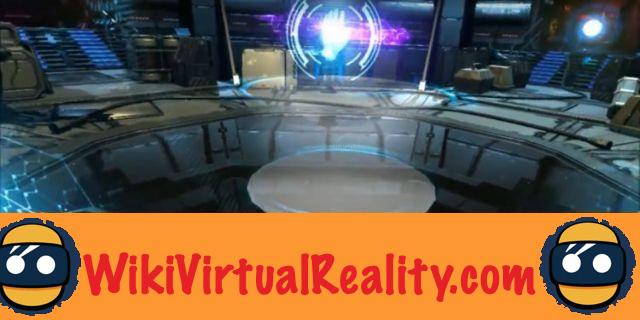 Dead Effect 2 VR is a gory, dark, and mature game that will appeal to both shooting game enthusiasts and horror fans alike. In terms of gameplay, the title does not play the card of innovation, but is inspired by the great classics of the FPS / RPG genres and effectively combines these two styles of games. The many possibilities for customization give the experience a surprising depth and complexity. A game to recommend to Oculus Rift or HTC Vive owners who are not yet tired of VR shooters.

Scenario: A classic but effective scenario.

Lifetime : Many missions and possibilities of customization.

Graphics and soundtrack: A dark art direction but quality graphics.

Immersion: An immersive experience thanks to the oppressive atmosphere.

How can VR improve health and education? ❯