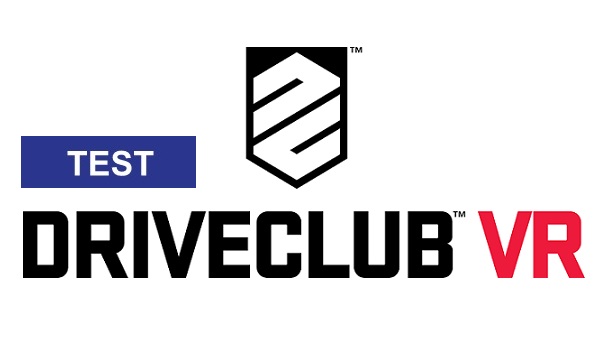 For those who do not know this game, Driveclub is developed by Evolution Studios and published by Sony Computer Entertainment. The game was released on October 8, 2014 for PlayStation 4. The story between Driveclub and virtual reality is not new. Indeed, experiments have already had, during the time of Project Morpheus (the code name for PlayStation VR) showing the interest of Evolution Studios for the project. Since then the name of the project has changed and it has been released for the general public.

Graphically, Sony had very high hopes for Driveclub VR, evidenced by Sony's promise to see the PlayStation VR version of Driveclub in 60 FPS, which is a very good resolution for a console video game, even more in virtual reality. However, the reality is somewhat different. In terms of graphics, the game in virtual reality is less beautiful than on the original version and it shows, we have the impression of being on a game on Playstation 3, as with the vast majority of games on PlayStation VR. 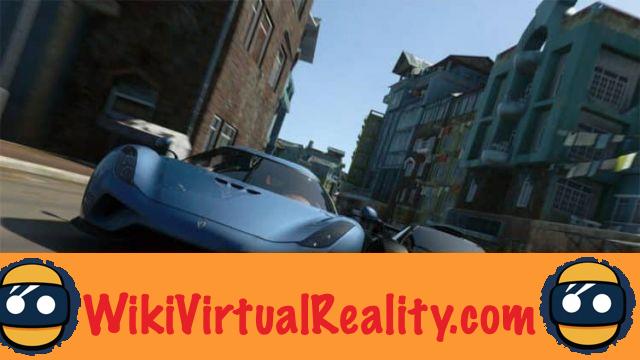 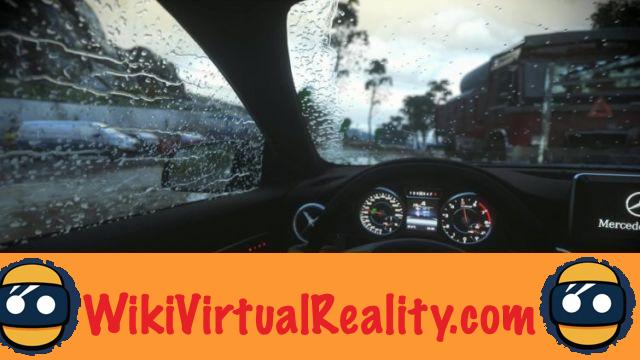 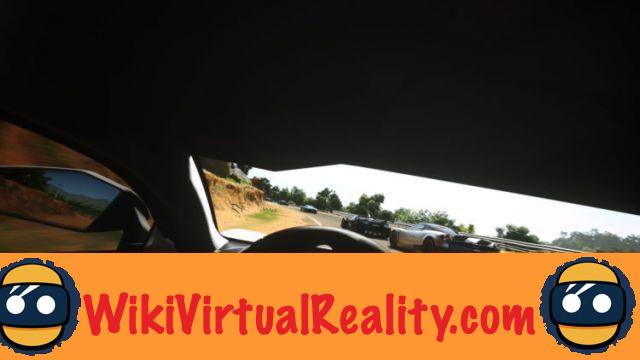 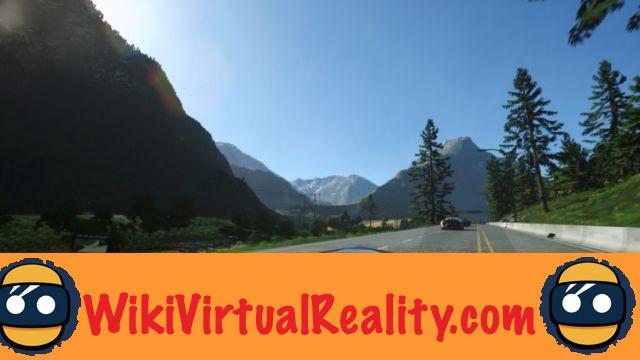 Even though the graphics quality is not as good as Sony expected, the feeling of driving on Driveclub is good. In addition, the already large enough immersion arrives at the gates of reality with a steering wheel and pedals, to the point where a shock at full speed will really scare you. Unfortunately regarding the feeling of speed, we expected much better. We are still far from the level of a game like Eve Valkyrie on this point. Which is very damaging for a racing game. In addition, the lighting effects are present, but do not give a fantastic impression to the player.

Driveclub is not a simulation game like Gran Turismo might be, but it is not an arcade racing game like Need For Speed ​​is. Rather see Driveclub as a mixture of the two. As much the classic Driveclub game could look like an arcade game. Driveclub VR is not so easily controlled. Passing the turns while rubbing the walls will not help you, either to finish the race in first position, or to finish the race without nausea.

Artificial intelligence plays its role quite well, without being intractable, it will offer a certain challenge, but beyond a level of driving, you will win races easily, perhaps even a little too easily. 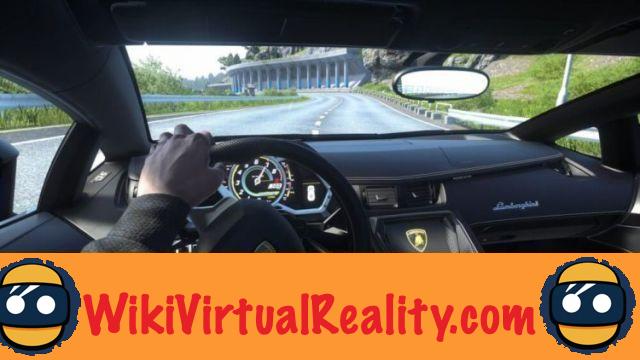 Inside the car, the interior is very well rendered, you can have fun looking at the rear seats, the passenger seat. One then has the impression of being truly installed in a racing vehicle, with the possibility of looking at the interior of the cockpit in the smallest detail, of appreciating the beauty of the landscapes or of checking the position of the closest competitors.

During the race, the mirrors that were never used in classic racing games until then take on their full meaning in virtual reality, driving is done with a real approach to driving. You will nevertheless have the possibility to change the view during the race, but Driveclub VR is best appreciated with the view on the steering wheel. The HUD shows you the classic information (namely the number of laps, your position, your time) on the central screen to your right, accessing this information while racing is easy, but just like in real driving, take a quick look. eyeing your screen instead of looking at the road can be fatal. 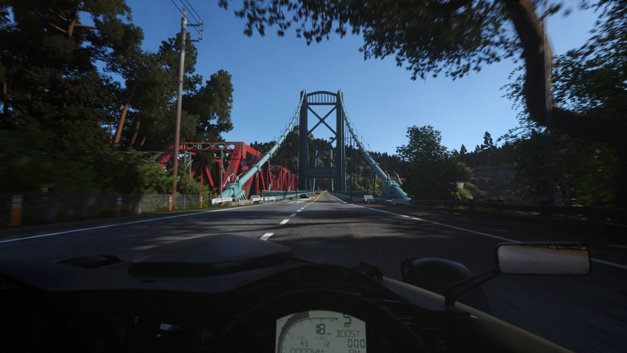 There are three game modes (Single Player, Single Event and Multiplayer) offering you a certain amount of game time, knowing that Driveclub VR has more than 110 playable circuits with more than 80 vehicles ranging from classic city cars to supercharged racing cars.

Between the time of unlocking the different cars, all of the circuits and the multiplayer games. Driveclub will offer you a good ten hours of play at least, which is an honorable playing time for a game in virtual reality. 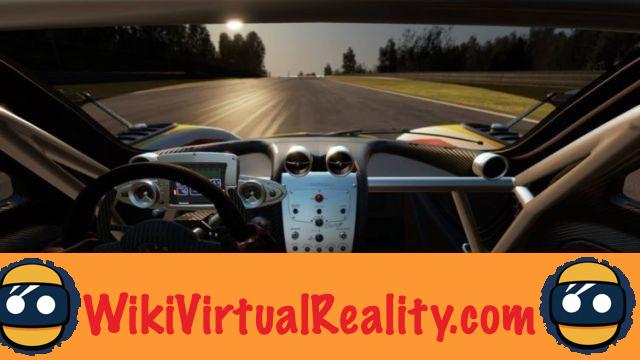 The music on the menu is quite bland and monotonous, don't plan to use Driveclub to enrich your soundtrack as you could with FIFA or NBA 2K. In the race, the sound environment is well done, the sound of the engine is heard, but we do not hear enough the opponents arriving. In addition, the surrounding sounds are nonexistent, which is a shame as it could have added even more to the immersion.

Driveclub finally breaks the curse of high-immersion games that make you sick after a while of play. The software from Evolution Studios has a foolproof visual comfort comparable to Job Simulator, which easily offered two hours of play without feeling anything. 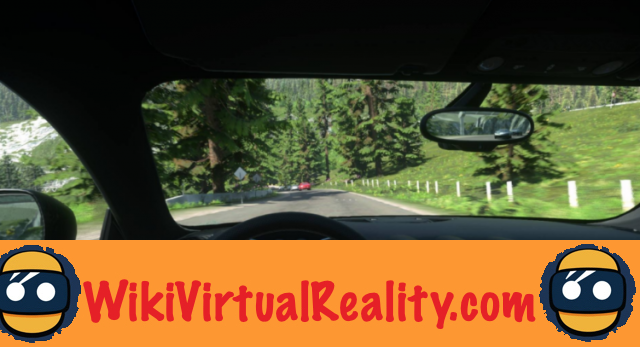 The fact that motion-sickness is not very present on Driveclub VR is mainly due to the fact that the sensation of speed is not fully present, because maintaining a long playing time on a racing game with a strong sensation of speed would have could be difficult. From there, to think that Evolution Studios had foreseen the blow, there is only one step. The driving feel is good although it could have been better. The cockpit is customizable, you can raise or lower your steering wheel to have a better view of the road, and therefore improved playing comfort, which is not negligible.

Our opinion on Driveclub VR

In conclusion, we expected better from the first racing game dedicated to virtual reality on PlayStation VR, even if Driveclub VR is far from a disappointment, the title of Evolution Studios does not draw its strength from its gameplay, but from its lifespan, and the number of licensed cars.

Driveclub VR will be available from the launch of the virtual reality headset on October 13th. The game will be sold for 40 euros and for players with the original game season pass, these players will get a discount to get the VR version for download. If you want to try this game out, the PlayStation VR Experience is still up and running. In addition, Driveclub VR is one of the games offered for demo with the PlayStation VR demo disc.

Graphics: The game looks good enough without really being extraordinary, the lighting effects are weak, but the car modeling is at a good level. We are far from Sony's promises, but we are not robbed by this game.

Playability: A little arcade, a little simulation. Driveclub VR offers an alternative in the racing game market, with the added touch of virtual reality. But you will quickly have made the rounds of AI.

Soundtrack : : The soundtrack is almost non-existent in the menus. And when racing, the sound of the engine does not immerse you in the game. Too bad.

Lifetime : The positive point of the game. 110 circuits, 80 vehicles ... that the people demand.

Visual comfort: You are looking for a game with which you can have fun with your friends or family without having your head spinning after a while. Driveclub VR should help you.