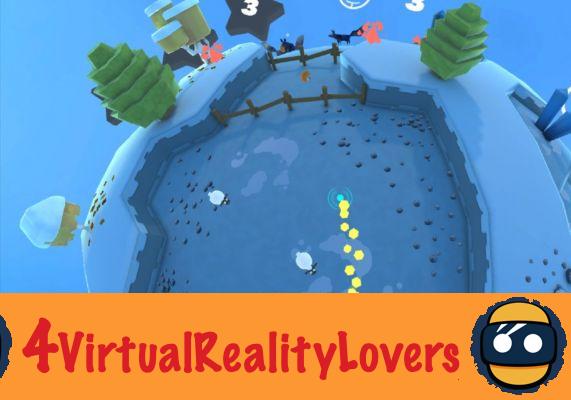 Flocklore tells us the story of Tatti, the world mushroom. The spores of this fungus are the planets that make up our universe. The story begins with the birth of a sheep on one of these planets. As soon as it wakes up, the woolly mammal decides to find the Tatti mushroom. The player will have to guide him in his quest, as well as his fellows.

You will understand, the scenario of Flocklore is rather shifted. The your humorous narration is reminiscent of the universe of, with its somewhat silly sheep having the unfortunate tendency to run to their loss.

Despite its crazy appearance, the story is no less interesting. The scenario is told to us through small thumbnails, appearing on the cave walls from the main menu as we progress. Without spoiling the synopsis for you, know that multiple twists await the sheep in their adventure.

Flocklore is played entirely using head-tracking. The principle is simple. Using her gaze, the player controls an effervescent glow which the sheep are irresistibly drawn to. The objective is therefore to gather the sheep to guide them to a teleporter and finish the level.

Each level is a small planet, so the game board is a 360 degree sphere. Before each level, it is possible to study the planet from all angles by rotating it. If the first planets appear as peaceful green meadows, the difficulty will of course increase.


De many obstacles are added as you progress, and the number of sheep to lead to the exit also increases rapidly. Explosive plants, hungry wolves who will rush to devour your animals, or water points exposing them to death by drowning will spice up the adventure. If several of your sheep die, you will not get the three stars of the level. If all of your sheep die, you will have to restart the level. 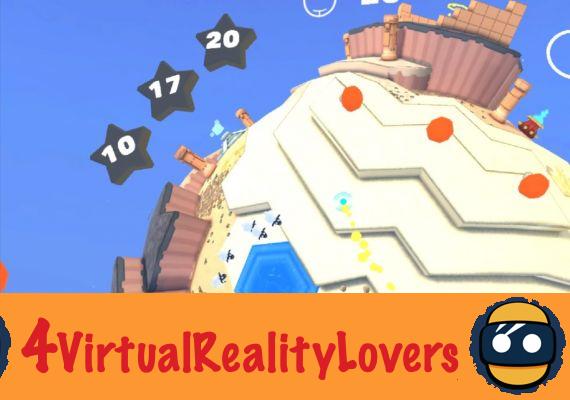 In addition to leading the sheep to the teleporter, you will have to help them eat the mushrooms that dot the planets to get the maximum score. To collect all the mushrooms, you will sometimes have to venture into the territory of the wolves at your own risk ...

Other gameplay elements are also added as you go. For example, a heap of ice will allow you to freeze a water point to allow the sheep to cross it. Again, you'll need to be quick to get the herd past before the pack ice melts.

Speaking of liveliness, this is also Flocklore's main flaw. The sheep are a bit slow, and not just mentally ... in order not to lose them along the way, you will have to move your gaze very slowly, which can be frustrating. 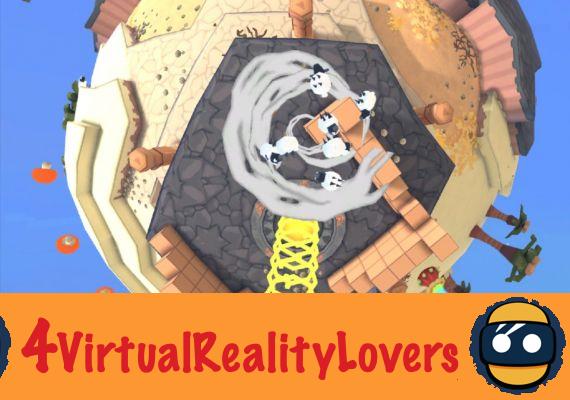 Completing all Flocklore levels by getting all the stars will keep you busy for a while. The number of planets to travel exceeds forty, and the difficulty is at the rendezvous from the fourth galaxy. On the other hand, the game presents a rather weak replayability. 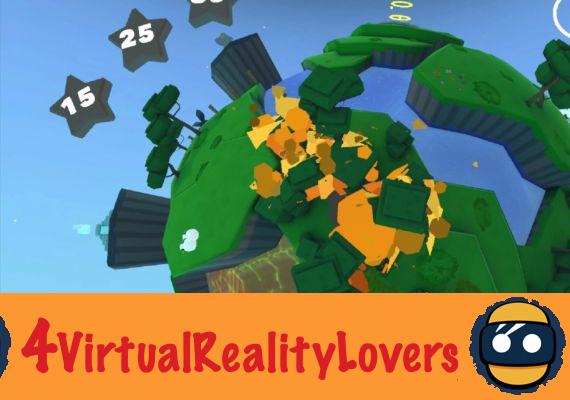 La captivating, somewhat mystical music from the main menu, contrasted with the cheerful soundtrack with country accents of the different levels. However, we regret the lack of diversity of tracks. The sound effects are both discreet and easily recognizable. We can easily identify the presence of a wolf nearby, or the appearance of a magic mushroom.

- graphics are cute, colorful, and decor nicely detailed. The feeling of depth of the planets is very successful The vignettes used to narrate the scenario are also very nicely drawn. 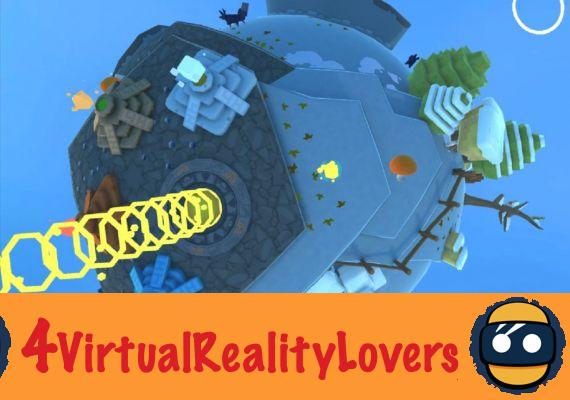 Flocklore puts you at the helm of an omnipotent shepherd, able to spin an entire planet and guide flocks of sheep through his divine glow. So we cannot really speak of a realistic immersion. However, the player really feels immersed in this jovial and quirky universe. 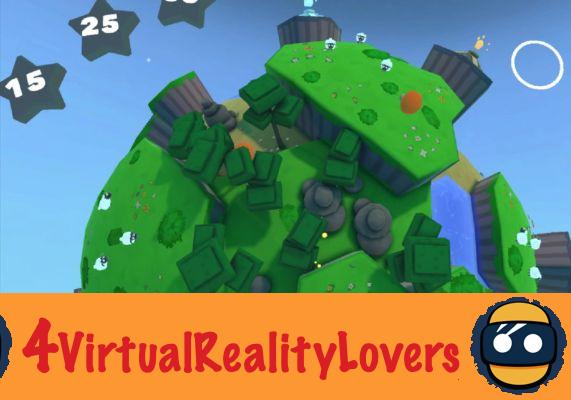 The game is relatively comfortable. However, the choice of colors quickly tires the eyes, and the rapid rotation of the planet at the end of each level can make you dizzy. Apart from these details, being able to play with your hands in your pockets, only through gaze and head-tracking is very pleasant. 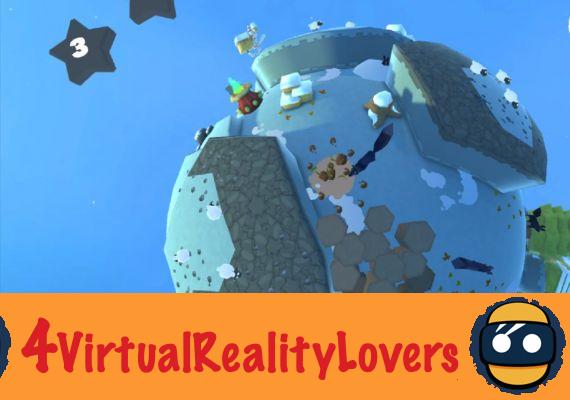 Flocklore is an original and atypical game, both for its gameplay and its wacky universe. The head-tracking of the Samsung Gear VR is very well used, and the gameplay well thought out. In the end, the title is presented as a fun and friendly experience, carefully developed by the Mindfield studio.

Scenario: A funny and quirky but interesting scenario.

Playability:Original gameplay based entirely on head-tracking.

Lifetime : A rather substantial adventure, a sustained difficulty.

Immersion: Play as an all-knowing god tasked with guiding sheep to the mushroom world.