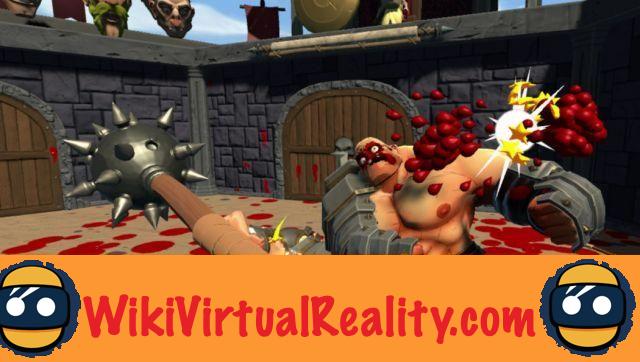 Gorn scenario: play as a gladiator who must fight for his life

Gorn does not offer a script as such. Dropped into an arena in ancient Rome, the player embodies a gladiator in first person view, and remains free to invent his own story. On the other hand, the title enjoys a very special atmosphere, thanks to the surprising contrast between the cartoony side of the graphics and the violence of the gameplay. The bloodshed, the howls of gladiators and the sadistic laughter of the emperor and onlookers give the experience a unique identity, funny in appearance but extremely dark in substance.

As much to say at the outset, the gameplay of Gorn is simply excellent. Dropped into the arena, the player must face off against gladiators using different weapons. The clashes are violent and relaxing, but also very technical, because the motion tracking of the Oculus Rift and HTC Vive allows to take into account the direction and the power of the blow. So, depending on the opponent's position and the armor or weapons they are carrying, the player will have to attack them differently to strike effectively.


The freedom of action is impressive, and the player can do just about anything that comes to their mind. Dismember his enemies, tear their weapons from their hands, throw a weapon across the arena, end the fight with a well-placed uppercut ... the more original the hits, the more the audience applauds, and the higher the damage inflicted. Thus, the player will feel a certain discomfort to be unleashed under the bursts of sadistic laughter from the audience while an opponent stumbles on the beheaded remains of his comrade.

The title is also extremely sporty, because the amplitude of the movements gives more power to the blows.. After a few games you will probably be exhausted. Even the travel system is grueling. The player moves by performing front-to-back pulling movements. Depending on the range of motion, the displacement covers a greater distance. In fact, the simple fact of moving quickly proves tiring, and reflects the heaviness of the gladiator's armor. This original locomotion system avoids any problem of motion sickness. Note that the weapons have the particularity of being "elastic", as if they were made of rubber. Their physical reactions are therefore less realistic, but better suited to virtual reality.

The lifespan of Gorn seems colossal, because the game is so fun that we will gladly come back to it just for fun. Two game modes are available from the start. Arena mode allows you to face random enemies, and champion duel mode allows you to face powerful and tactical enemies head-to-head. Subsequently, an endless mode is to be unlocked, in which the player must survive as long as possible.


Otherwise, by completing various objectives, the player can unlock dozens of new weapons. These objectives can be for example to break a certain number of armors or to kill 5 enemies with a specific weapon. Once unlocked, the weapons appear in front of the player in the arena at the start of the game, and the player can choose which two weapons they want to use. We only regret the absence of a multiplayer mode. Hopefully the ability to face human opponents is implemented soon. 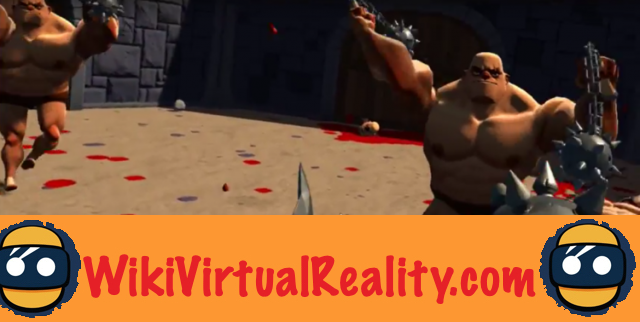 Le Gorn's cartoony graphic style contrasts completely with its very gory and ultra-violent side. For the rest, the title is visually very detailed and the animations are very well done, as is the support for the physics engine. The laughter of the audience that makes up the soundtrack reinforces the atmosphere of the game.

Gorn immersion: an experience that forces the player to give their all

Gorn is very immersive, because the player has to give their all. He really embodies his gladiator, and must even greet the emperor at the start of the game and in case of victory, which allows to really put himself in the shoes of the character. Even the slightest wrong move can be fatal, and the user is under real pressure.

In terms of visual comfort, Gorn is beyond reproach. The movement system avoids any problem with motion sickness, and the graphics are pleasing to the eye. However, it is a physically very intense experience. Good physical condition is necessary to progress, and even an athletic person will quickly tire. Do not play if you are not in good shape.


Gorn against the competition

You can compare Gorn to a virtual reality beat em up like Titan Slayer. However, Gorn turns out to be much more interesting and much more accomplished. The player can move around, use a variety of weapons, and enemies also have a wider variety of moves. For now, Gorn is therefore establishing itself as the new benchmark for beat em up in VR.

Conclusion of the Gorn test 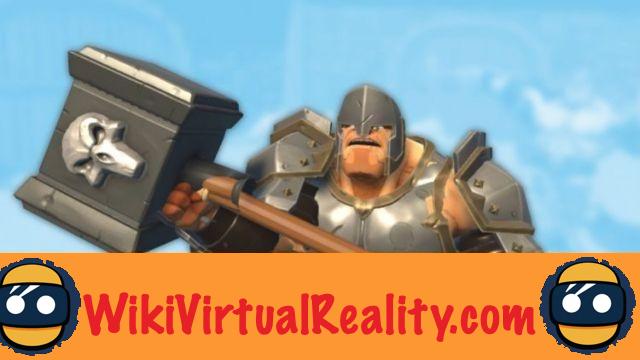 Gorn is an excellent game in virtual reality. It is both violent and realistic, despite its cartoonish graphics. The gameplay is very complete and offers the player great freedom of action. The weapons are many and varied and the quest progression system is simple and effective. All that's missing is a multiplayer mode for this title to come close to perfection.

Scenario: No scenario but an original atmosphere.

Graphics and soundtrack: Cartoony graphics that contrast with the violence and gore aspect of the title.

Immersion: A game that pushes the player to give their all.

Comfort: A comfortable but tiring experience.