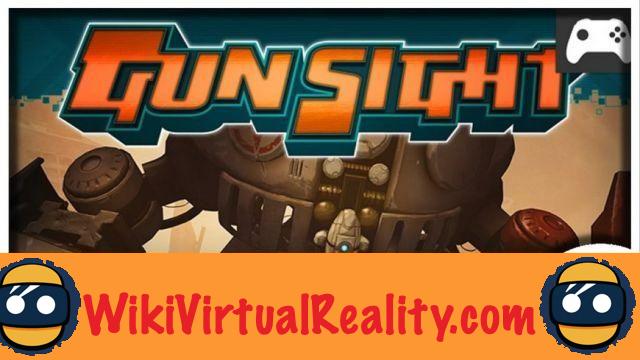 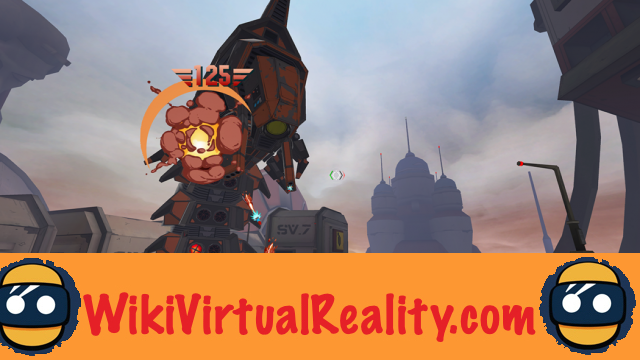 The story of Gun Sight takes place in the future. The Four, terrible warlords, have been freed from prison by the Brain and have raised an army of robots to take control of the land colonies and steal its resources. Following the defeat of the land army, Earth's only hope is Jack Knife Devers, the former leader of the Hounds of War, locked up for a crime he had not committed. The latter's mission is to eliminate the Four one by one to regain control of the colonies.

La storyline narration is limited to a textual insert in the main menu, and a few lines at the start of each level, to give way to the action of this arcade-oriented game. Anyway, the atmosphere is more than enough to immerse the player in the world of the game.

Gun Sight looks like a gun & run type game, in line with a Metal Slug or a Contra. The player controls the character of Jack Knife in third person view, and must defeat hordes of robot soldiers while dodging their shots. To do this, he has a whole arsenal of powerful weapons.

In addition an HK9 assault rifle, the equinox detonation allows 3 missiles to be launched simultaneously to hit multiple enemies, the long-range poacher missile automatically hits a tough enemy, and the junk eater absorbs enemy projectiles to then release their power. The player can also pick up stimulants, allowing them to temporarily increase the power of their weapons or restore their health.

The gameplay is extremely nervous. Enemy robots spawn continuously, and the slightest second spent without moving can be fatal. The Most opponents arise in front of the field of view, but some also come from the sides. The player must therefore constantly turn his head to check that no projectile is approaching. This is a well thought out use of head tracking, but the difficulty is further increased. The different levels are punctuated by epic battles against huge bosses, which cannot be fully contemplated without moving your head. 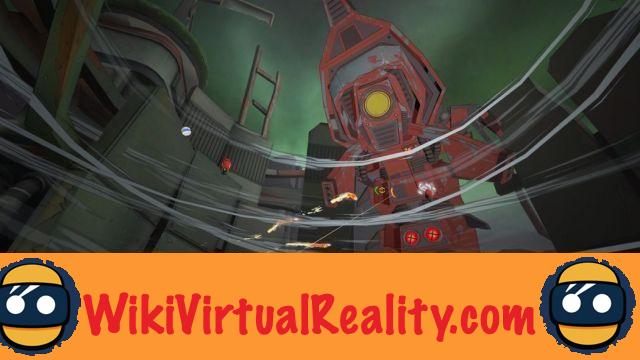 Le Campaign mode has a total of 5 levels, divided into several stages. Once the adventure is over, it is possible to do it again in Brutal mode. There are also the Extraction modes, in which the player must manage to escape without being hit, and the Survival mode, whose goal is to hold out as long as possible against enemy waves.

Regardless of the game mode, the difficulty is quite high. The player's health gauge drops rapidly under enemy fire. Once completely empty, it is necessary to restart the level from the beginning. As saying that the title offers a full-bodied challenge that will keep the user in suspense. In addition, the fun of the gameplay encourages playing in survival mode for fun. 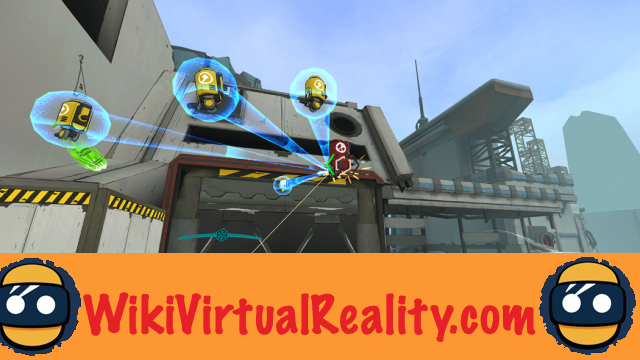 - Gun Sight graphics are very nice, especially thanks to a mix between 3D and cell shading of the best taste. The depth of field is immense, and the world on the horizon seems very vast. The levels themselves are very well thought out and have an impeccable design.

Le play is punctuated by a soundtrack made up of 80s rock loops. Although nice, this soundtrack is quickly repetitive. Similarly, if we welcome the dubbing in French of the various lines of Jack Knife, they are also repetitive, and we will quickly be tempted to deactivate them. 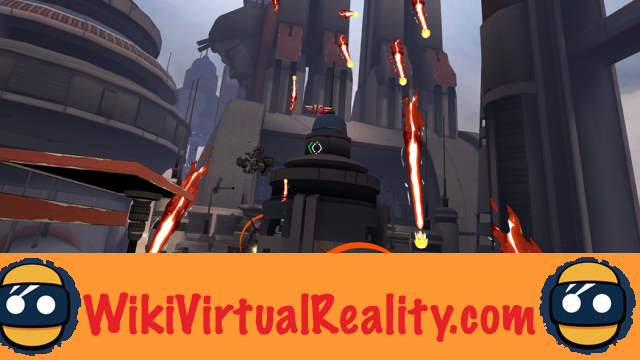 Even if Gun Sight is a game in the third person view, the feeling of immersion is successful. You really feel like you're right in the middle of the action, especially thanks to the enemy appearances on the sides and the depth of field.

Visually, cell-shading makes the game very comfortable for the eyes. The same goes for the maneuverability on the controller, which avoids straining your arms on the touchpad of the Samsung Gear VR.

Gun Sight lays the foundation for the side-scrolling shooter on Samsung Gear VR. Despite a relatively high price, the title is well worth its price. A Exhilarating gameplay, polished art direction, and multiple game modes make this title a must-have for Oculus and Samsung mobile headphones.

Scenario: A simplistic scenario but sufficient to set the scene.

Graphics and soundtrack: Great cell-shading graphics, a bit of a repetitive rock soundtrack.

Immersion: A very immersive game despite a third person view.

Comfort: A comfortable game both visually and in terms of handling.

Virtuix: the eSport VR platform passes the milestone of millions of players ❯