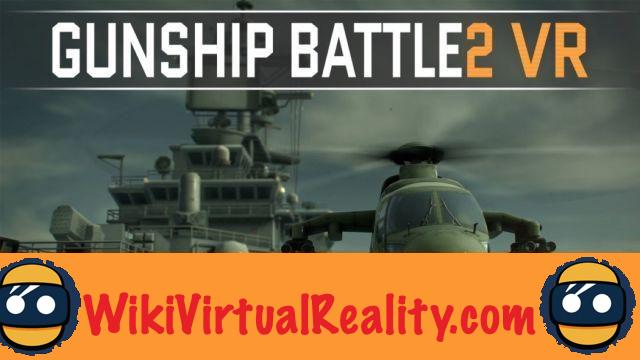 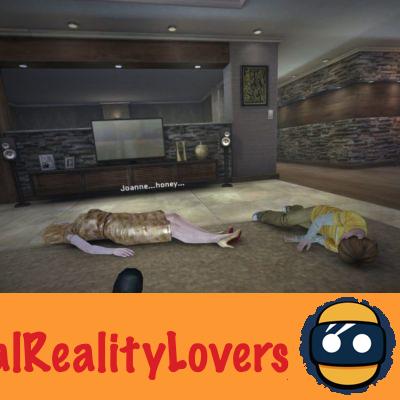 In Gunship Battle 2 VR, the player takes on the role of Lieutenant Dylan Reece. This exceptional pilot has totally lost his memory following a failed experiment, carried out as part of the Blackbox project, a top secret government project. The game begins as Reece is tormented by a nightmare, in which his wife and child lie lifeless in front of him while a man takes aim at him with the end of his gun.

The images he sees in this bad dream evoke no memory. On the other hand, he may feel the mourning and sadness of having lost these loved ones. The soldier then wakes up to his superior, Helen Lee. She briefly briefs him on the current situation. It evokes the Blackbox project, and the small enemy group of the Avengers, without, however, dwelling on the details.

The scene is set, and the plot will unfold as you go, through short cutscenes intersecting the levels. In addition, each mission begins and ends with a small dialogue between Reece and Lee, to support the story. Without being the cornerstone of the game, the screenplay, written by Hollywood screenwriter Evan Skolnick, has qualities that are rarely found in an arcade-oriented game. Suspense and drama are the main assets of this solid and coherent plot.

Gunship Battle 2 VR est The sequel to Gunship Battle, a smartphone game that has been downloaded nearly 100 million times and is rated 4,3 out of 5 stars on the Android Play Store. According to Chan Hyun Kim, CEO of Joycity, Gunship Battle and its variations (Gunship Battle Second War, Warship Battle…) constitute “the most successful and famous military action game franchise in the world”.


Following the launch of the Samsung Gear VR, the South Korean studio immediately decided to develop a virtual reality sequel, which lived up to the expectations of fans of the original game. To achieve its ambitions, Joycity deployed great resources, and collaborated with the Korean Air Force school.

After three years of research and development, Gunship Battle 2 VR presents itself as a particularly successful title. Although not everything is perfect, the quality of the content on offer surpasses most of the games available on the Gear VR, and many games available on high-end headsets like the Oculus Rift or the HTC Vive. As Chan Hyun Kim points out, given the technical limitations of Gear VR, having succeeded in creating such a game is a feat. 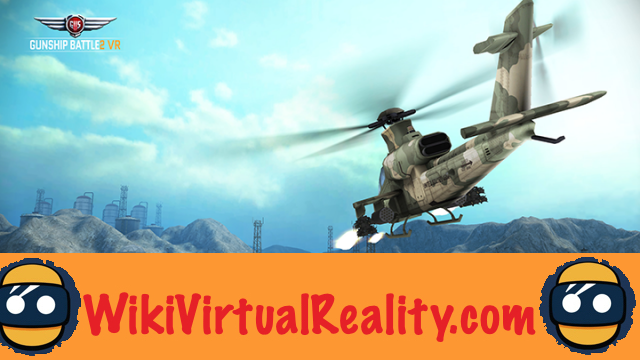 Concretely, the player takes the controls of a Gunship combat helicopter. The device is controlled both using a joystick and through head-tracking. The joystick allows to control the altitude of the vehicle, to move it, and to open fire, while the player aims by moving his head. By tilting the head to the right or to the left, the helicopter rotates.

This mix of commands is effective, harmonious, and above all very immersive. We really have the impression of being installed in the cockpit of the Gunship. The objective is to fly over vast battlefields, destroying enemy bases while dodging fire from tanks, infantry and other missile launchers.

The result is intense, nervous, fluid and funky gameplay. However, the controls are not always very intuitive. For example, it can be difficult to try to lose altitude or aim at distant targets. Another downside, the controls shown on the screen do not correspond to the buttons of the controller with which we performed the test (Microsoft Xbox One controller). For example, the command corresponding to the trigger R1 is in fact activated by the Start button of the joystick. It is not known if this is an inherent problem with this particular controller. 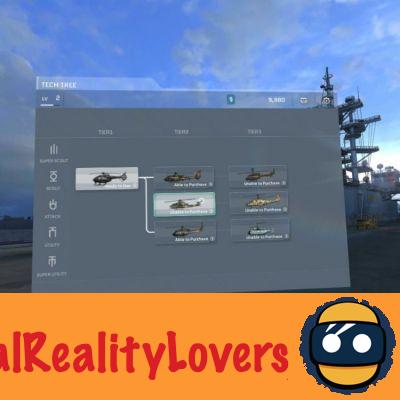 For each successfully completed mission, the player receives a random amount of money. Money him allows you to buy new Gunships, upgrade existing ones, or buy new weapons to equip the vehicle. There are five different Gunship classes, each offering different strategic possibilities: Super Scout, Scout, Attack, Utility and Super Utility.

Weapons are also diverse. We finds in particular machine guns, missiles, rockets, bombs or torpedoes. The player will have to spend his money wisely to be able to meet the challenges that await him throughout the missions. 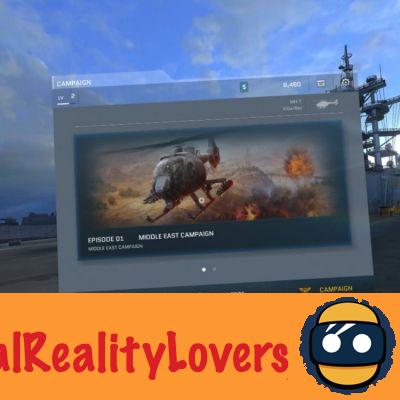 The adventure breaks down into two campaigns. One takes place in the Middle East, the second in South America. Each of these campaigns have 10 episodes, and are punctuated by a confrontation with a formidable boss. Once the campaign is completed on normal difficulty, it is possible to replay it on hard, then on very hard. 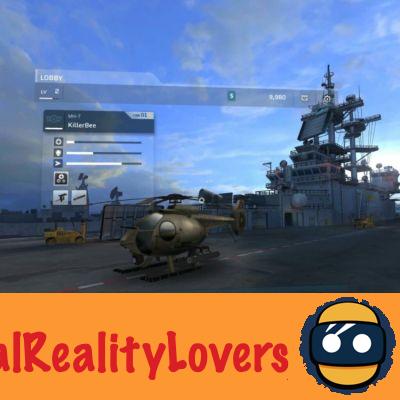 The campaigns are not particularly long. At about 10 minutes per mission, allow about three hours to complete the game. However, the higher difficulties represent a real challenge, and only the most persevering and skilled players will be able to complete the adventure at 100%. In addition, the possibilities of customization and the different Gunships allow to extend the lifespan. 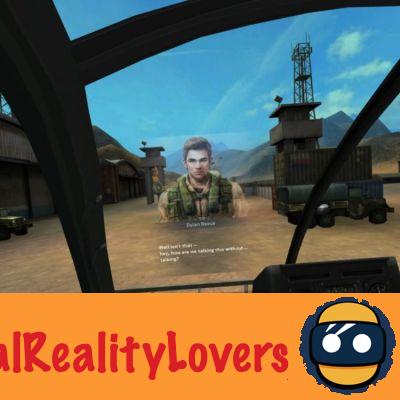 For a Gear VR game, the graphics in Gunship Battle 2 VR are far from poor. The image is clear, and no latency is to be deplored. The experience is totally fluid. Sadly, the vast battlefields seem a bit empty, and the colors chosen are rather dull. We quickly come to regret the colorful and shimmering graphics of a game like Land's End. By focusing on realism, Joycity forgets to give an aesthetic charm to its title. Overall this game just lacks soul and personality. No need to dwell on the music and the sound effects, totally generic and tasteless.

Gunship Battle 2 VR is a successful transition from mobile gaming to virtual reality. The gameplay is efficient and well thought out, and the sensations provided are very pleasant. Lovers of action and arcade will undoubtedly find their account. However, the visual gloom, and the lack of originality reduce the pleasure of the game. In addition, contrary to what Joycity promises, certain passages can quickly cause nausea for the most sensitive players.

Scenario: A quality screenplay written by a Hollywood screenwriter.

Graphics and soundtrack: Decent but lackluster graphics, and a cruel lack of personality. A generic soundtrack.