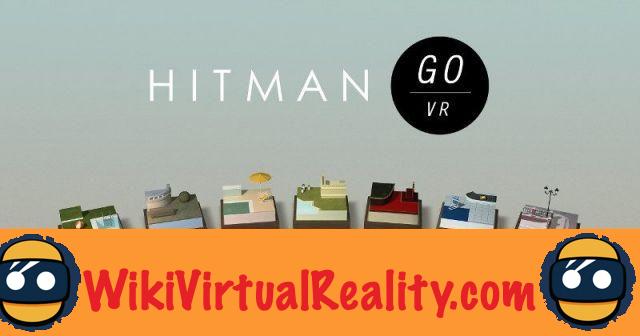 In 2014, Hitman Go made a notable entry on the Android Play Store and the iOS App Store. On the two mobile OS, this first title developed by Square Enix Montreal was a remarkable success thanks to its quality. Today, two years later, a VR version of the game is available on the Oculus Store. 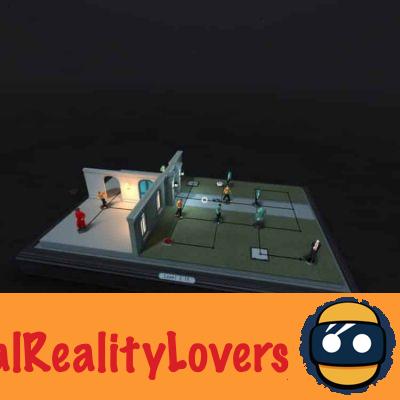 In the skin of the hitman Agent 47, the player must manage to shoot down his targets, recover briefcases of money and escape in all discretion while patrols stand guard. However, a major difference distinguishes this opus from other episodes of Hitman. This isn't about a third-person action game, but a turn-based puzzle game.

The principle of the game is relatively simple. Each level looks like a board game board. The levels are divided by square. The Agent 47 pawn, controlled by the player, moves one space each turn. Each movement, the guards who patrol the map also move. The goal is therefore to reach the last square of the level without going into the line of sight of the guards.

The title thus combines a tactical board game, close to a puzzle game centered on reflection, with infiltration game mechanics directly taken from the Hitman license. As the levels progress, new gameplay elements are added such as the ability to hide in a flowerpot, disguise yourself as a guard, lure patrols or even eliminate an enemy from a distance away. using a sniper rifle. 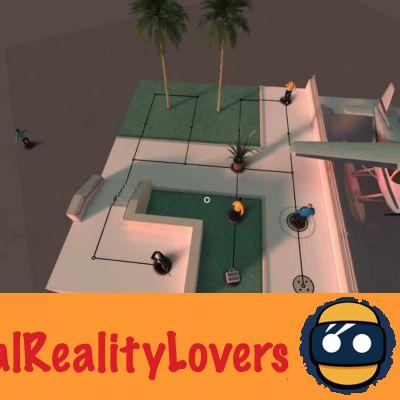 As the game takes place on a turn-based basis, the use of a controller is completely optional. All you have to do is direct your gaze to choose the square on which to move and then press the Gear VR's touch button. Likewise, the camera can be moved by moving the head. When the touch button is pressed, a horizontal movement of the head rotates the table 180 °, while a lateral movement allows you to zoom in or out at will. These commands are well thought out, but a little difficult to learn at first.

The title offers seven chapters of fifteen levels each. Despite the possibility of soliciting clues, the difficulty remains rather sustained, with a controlled progression curve from start to finish. Over the levels, the number of guards, doors to unlock, and other gameplay subtleties multiply. When all the game mechanics are in place, completing the levels requires real thought and careful analysis of the terrain from all angles so as not to get trapped by a patrol around a corner.

It is all the more difficult to accomplish the secondary objectives of each level. All the missions indeed offer three objectives. In addition to reaching the final square or eliminating a target, it is necessary for example to recover a case of money or to make as few movements as possible, or to succeed in completing the level without killing any enemy. These secondary objectives also bring a certain replayability, since the most determined players will be tempted to complete all missions 100%.

In terms of scenario, Square Enix has chosen minimalism since the game is not interspersed with any narrative scene or other written dialogue. The narration passes only through the staging, frozen, of the different levels and chapters. In chapter 2, for example, we attend secret meetings of members of a sect, disguised with the help of Venetian masks. 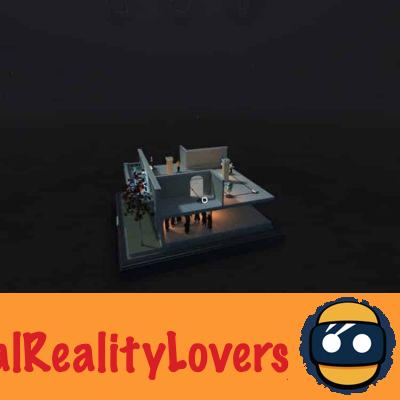 In short, one has more the impression of playing a board game than of being in the shoes of a hitman. The atmosphere remains very successful, however. Thanks to the visual and sound identity of the game, the user is directly immersed in the atmosphere of the chapter he is trying to overcome.

Despite the absence of violence and realism, the sadistic pleasure specific to the Hitman games is there. We find the satisfaction of neutralizing enemies discreetly thanks to his ingenuity.

Even if the objective of the game is not to impress, the graphics are very pleasant. The sets are neat, detailed, and the level design is worthy of a studio of the stature of Square Enix. We take pleasure in contemplating the animations of the decor, such as the palm leaves which move in the wind, or even the particles which float around the game board. By putting on the Gear VR, the player really has the impression of '' be seated on top of a board game board.

Very successful, the sound effects and ambient sounds greatly contribute to the immersion. For example, you can hear the breeze blowing or the song of locusts. Likewise, the soundtrack is faithful to the Hitman license, including classical music during the levels consisting of assassinating a target.

In summary, Hitman Go is a great puzzle game that will put your brains to the test. The title can, however, be off-putting. The use of head-tracking to orient the camera brings a real advantage in terms of ergonomics compared to the mobile version. However, this is a simple port of a game that was not initially developed for virtual reality, so the experience is neither transcendent nor revolutionary. Fans of Hitman or more generally of puzzle and infiltration games will find their happiness there.

Playability: A well thought out gameplay, practical controls but not very intuitive.

Lifetime : A progressive and well-balanced difficulty, a rather substantial content, an average replayability.

Scenario: No narration, but a successful atmosphere and staging respectful of the Hitman license.

add a comment of [Test] Hitman Go VR: infiltration and board game on Gear VR