[TEST] I Expect You To Die: a (too short) series of deadly escape games 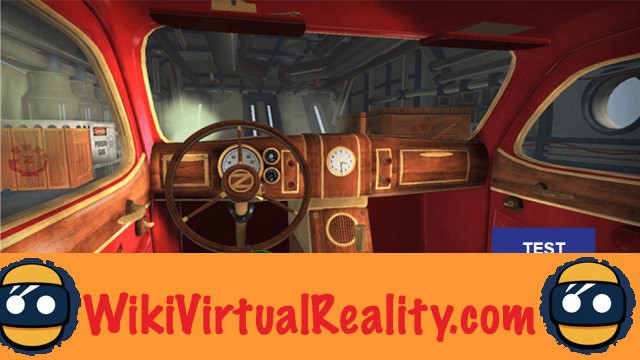 I Expect You To Die est a puzzle game developed and published by Shell Games. This cartoonish James Bond-style game puts the player in the shoes of a spy who must solve puzzles and thwart fatal traps to stop the infamous Dr. Zor's plan.

General presentation of I Expect You To Die

I Expect You To Die: a scenario straight out of a James Bond

Who has never dreamed to be in the shoes of a spy ? I Expect You To Die makes this dream come true. Everything is there: British phlegm, bundles of cash, humor, cigars, gadgets… It all starts in an office, in what seems to be the Sixties.

A videotape explains: you are a spy, among the best in the world. And you are going to have to foil the evil plans of the demonic Dr Zor. His plan ? The usual extermination of mankind. We will have to prevent it, but this mission is far from won in advance. Your mysterious boss tells you bluntly: “I expect you to die” (“I Expect You To Die”)… 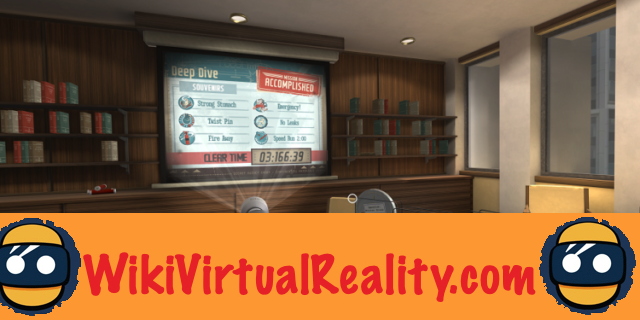 The missions are not very numerous, but very varied: from a car in the back of a plane to the mountain chalet, you will pass through the ocean floor and the nacelle of a window washer. In each of his missions, you will either have to thwart the plans of the infamous Dr. Zor, and just save your skin. And it will not be easy.

Gameplay of I Expect You To Die: adapted to the type of game

The game opens with a tutorial, in the desktop - which serves as the main menu. A video shows you how to grab the objects (telekinetic powers can catch them from a distance), how to open doors and press buttons. Obviously, how to use a firearm is discussed. The least of things, when you want to be a spy.

Everything seems very simple at first. And it's true that nothing is very complicated at the gameplay level. We use the triggers to catch, we add the joystick to catch from a distance, the buttons to use the objects in hand. Everything is played sitting down, and the character never has to move around during missions. This is why telekinesis was put in place and it works wonderfully. 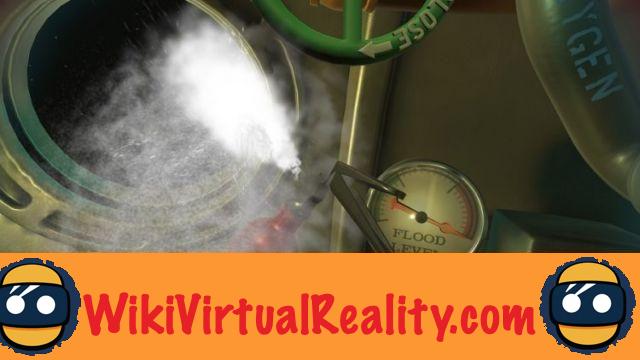 When we get to the heart of the matter, in the missions, we understand that the simplicity of the controls is essential. Because once on the ground, you have to fend for yourself: that's what being a secret agent is. So we grope, we look for clues, we try to see how to start the car, how to prepare the antidote for Dr Zor's virus ... At the slightest mistake, the sentence is final: an outright death. Explosion, drowning, chemical contamination, everything goes. I Expect You To Die is a real puzzle game, it will be impossible to complete a mission on the first try. So we die, and we start over. Sometimes a lot; maybe even too much.


The menu - therefore the office - is very well done and fits perfectly with the style of the game. The projector in front of us allows us to choose the mission to achieve: we put the corresponding tape. Small funny bonus, in the office are added objects gleaned during the various missions: hat, sponge ... 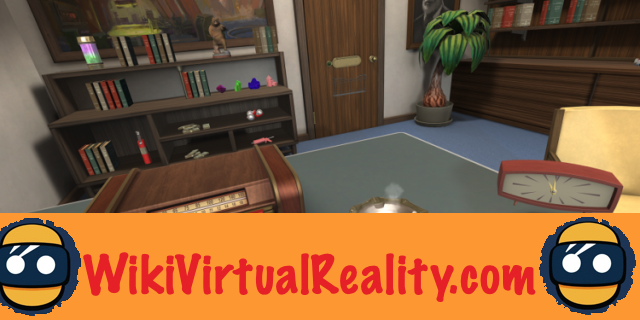 Graphics and soundtrack: a 007 cartoon wouldn't be different

The sound and visual atmosphere is summarized in the opening credits gambling. If James Bond had been a cartoon, he wouldn't have been any different. The music is worthy of the opening of a British spy film, the graphics - if they are far from magnificent - participate very well in the general atmosphere.

We are in the sixties, and it shows. The whole environment is well designed, simply, and instantly puts us in the mood. The music becomes discreet once the credits have passed: anyway, the pressure is such during missions that you will forget it very quickly. 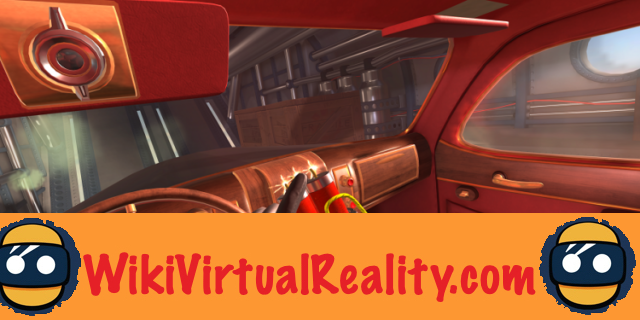 The graphic and musical ensemble of the film is homogeneous and perfectly serves the purpose of the game. If the graphics are not very detailed, they are not shocking at all. Far from it, the cartoony spirit fits perfectly to the light tone of the game.

L’immersion de I Expect You To Die : “my name is Bond… James Bond”

The settings in which the player is immersed are very immersive. But it is especially the situations that contribute to feeling in the skin of the secret agent. When it is necessary to defuse the bomb which is at our feet, to stop the leaks of the submarine in which we are and which lies at the bottom of the ocean, the immersion - not to panic - is total.


In the same way, the way of playing, by interacting with its environment, really gives the impression to live the situations. You have to look, as you imagine a spy would, to find clues and move towards the solution, the interaction with surrounding objects is very broad and gives the feeling of being able to take everything, open everything, look at everything. 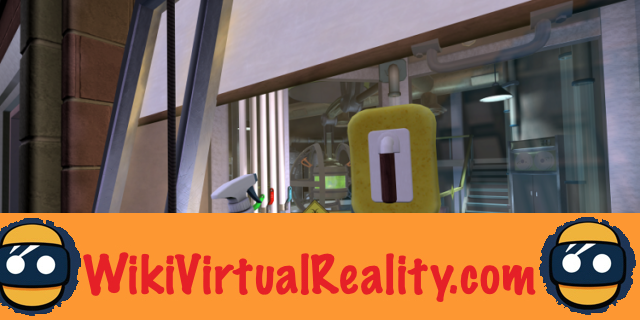 Interactions with objects in the environment that do not help the puzzle are also very helpful. Being able to put a cigar in your mouth, light it, put on a hat found on a coat rack: it's very stupid, but it helps to put yourself in the shoes of the character you embody.

More than a puzzle game, I Expect You To Die is a series of escape games in which every mistake can - and most certainly will - cost you your life. As in an escape game, the pressure not to succeed is real and the immersion is all the better. 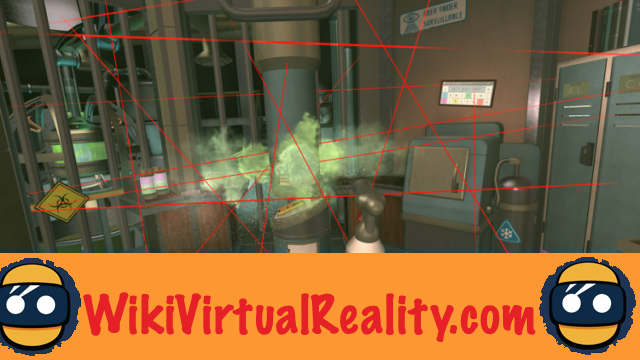 Comfort: Nothing to say

As I Expect You To Die is played while sitting, it is in no way tiring or uncomfortable.

The character does not move, or very little, the game does not cause any motion sickness.

After, stay the discomfort of repeatedly dying, again and again… 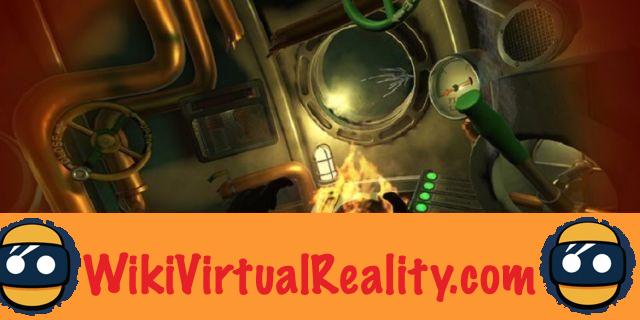 Playing time: I Expect You To Die is really too short

I Expect You To Die has four missions. The first time you play it, you run into problems, you die, and you start the levels over and over again to complete them. That's why the game lasts between an hour and a half and two hours.

But if a player who has already completed I Expect You To Die decides to play it again, the experiment would last twenty minutes.

It is the big negative point of the game. Spending a lot of time to complete each mission feels like a game that will last. But the end comes abruptly and leaves a feeling of too little, the impression of having only played a demo. 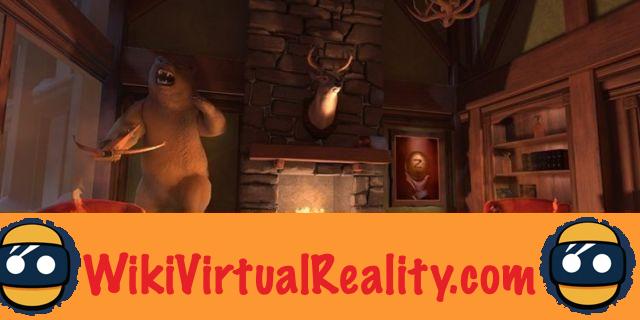 Conclusion: a short but intense game

I Expect You To Die est a most enjoyable puzzle game. Making virtual reality with a game of this type is an excellent idea, well done here. The immersion is total, the universe perfectly adapted to the context of the game ... It makes you want to chain missions for hours.

And therein lies the problem. It's impossible. Four missions is really too little to really appreciate the experience. We would like more missions, new environments and new puzzles to die on.

This too can be annoying. The first time you play I Expect You To Die, you die many times to complete a mission. It can get frustrating in the long run, but it also adds to the charm of the game. If it had been too simple, he would have lost interest. And would only last a few minutes.

Scenario: A thrilling scenario straight out of a James Bond.

Lifetime : Too short a lifespan. If the title was bad, we wouldn't blame the developer. The problem is that the game is excellent and that we want more.

Graphics and soundtrack: Cartoonsque graphics, perfect to immerse us in the atmosphere of the game.

Immersion: The settings in which the player is immersed are very immersive. But it is especially the situations that contribute to feeling in the shoes of the secret agent.

Comfort: No motion sickness. We can play sitting down. The only discomfort you can feel is not having a sequel to the game

add a comment of [TEST] I Expect You To Die: a (too short) series of deadly escape games