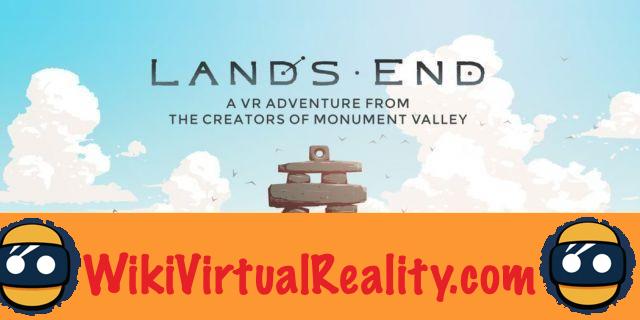 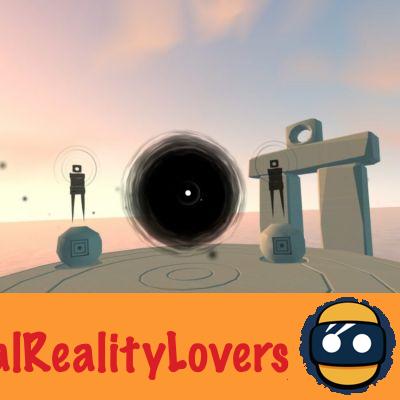 With Land's End, Ustwo employs an atypical and original narrative technique, similar to that which made the success of Monument Valley. In this game you will not find no avatar, no dialogues, no characters. Rather than an interactive story, Land's End presents itself as a poetic and contemplative journey through a mysterious world, or immersive experience in a fascinating universe.

The role of the player is tohelp an ancient civilization to awaken thanks to the strength of its spirit. This is the description given by the developer on the game's official website. Otherwise, it is up to the user to fill in the absence of a scenario by his imagination. A bewitching journey, between shadow and light, awaits you. 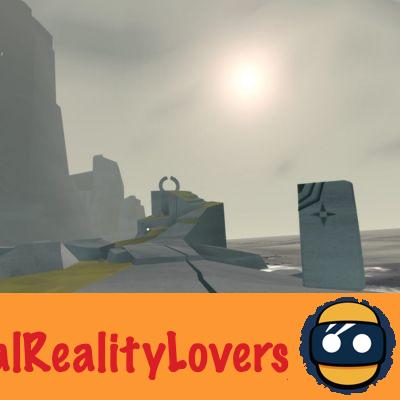 It is possible to play Land's End in three different ways. You can use a controller, or interact only through your gaze while being standing, or sitting on a rotating chair. We recommend that you play standing up, for maximum immersion.

The player moves by fixing gaze points. The positions are therefore predefined, and the relatively limited freedom of movement. The movements are linear at the start of the game, but it is then possible to choose several directions. However, the progression remains very agreed throughout the adventure.


To advance, the player must solve puzzles. Invariably it is grab stones while staring at them, and move them to set up energy circuits, to activate portals or unlock paths. As the game progresses, the puzzles get complicated, and it becomes necessary to solve several puzzles to activate a single portal. At the end of each level, the player rushes through a black hole to move on to the next chapter.

Here again, no concrete indication is left to allow the player to understand the mechanics of the game. It is up to the user to figure out for himself how to solve the puzzles. Rest assured, you should quickly understand the principle of the game and move forward without any real difficulty.

La Head-tracking playability can be uncomfortable at times. To move certain stones, the user is sometimes obliged to move his head to the point of twisting his neck, or almost. Apart from this slight inconvenience, the gameplay is intuitive and enjoyable. 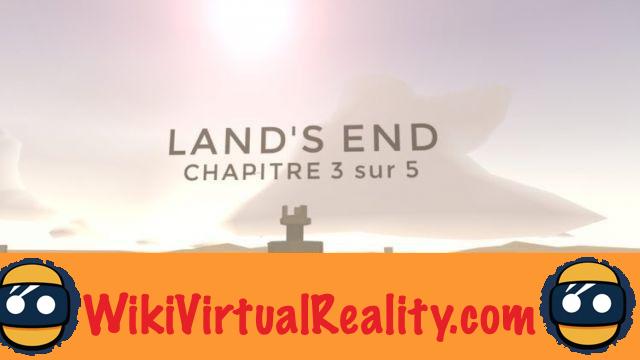 The adventure breaks down into 5 chapters, taking place each in a different environment. Relatively short, the lifespan mainly depends on the difficulty you will encounter in solving the puzzles. However, the difficulty is far from high. Ustwo seems to have taken care to spare the players, in order to make thefluid experience accessible to all.

Land's End is far from a challenge, and looks more like a soothing and contemplative walk. count between 1h30 and 2h00 to complete the adventure. However, nothing prevents you from time to time plunging back into one of the chapters to take refuge in this serene and poetic virtual reality. 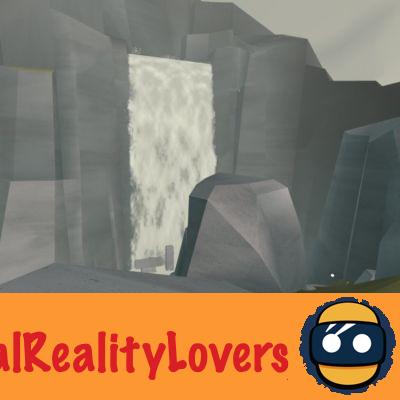 The graphics of Land's End are undoubtedly the main highlight of the title. By opting for a drawn style, in shimmering colors, Ustwo offers an original and successful artistic direction. Thus, the title is visually much more pleasant than the vast majority of titles available on the Gear VR's Oculus Store, vainly seeking to approach realistic graphics.

Each chapter has its own atmosphere and graphic identity. The player will enjoy advancing through the levels, particularly during the flight sequences between two portals. It is also pleasant to stop for a few moments to contemplate the foam of the ocean, kiss the rocky cliffs, admire a huge waterfall, or witness the flight of a flock of birds facing the sunset. You will understand, visual poetry is the charm of this game. 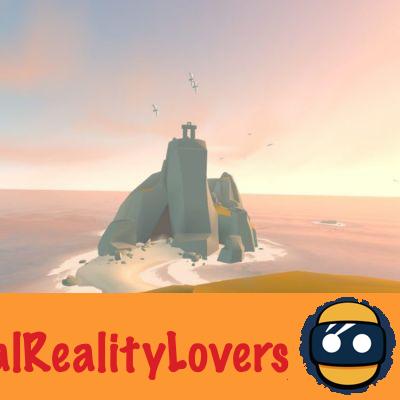 In addition to the graphics, the soundtrack contributes strongly to the immersion and soothing atmosphere of Land's End. No question here of music. The adventure is punctuated by ambient sounds and very successful sound effects. These sounds are also used to subtly guide the user, and draw their attention to the right direction. 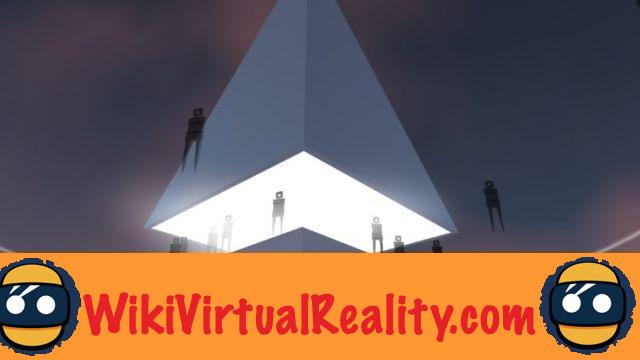 Captivating, immersive, and visually very pleasing, Land's End is presented as one of the most pleasant experiences of Samsung Gear VR. Accessible to everyone, this game seems ideal to do discover the magic of virtual reality to his entourage. The sensations and emotions provided by this game are simply intoxicating.

Inveterate players, for their part, are likely to deplore theno major challenge, and the somewhat low lifespan of the journey. However, even they will probably not be able to resist the charm of this poetic and relaxing universe. For an evening, let yourself be carried away by this enigmatic journey away from the stress and noise of the real world.

Scenario: An atypical, implicit narration and a captivating atmosphere.

Playability: An accessible game, relatively simple puzzles, a linear progression, but also and above all, pleasant game sensations