[Test] Please, don't touch anything: an escape game from which you will not escape 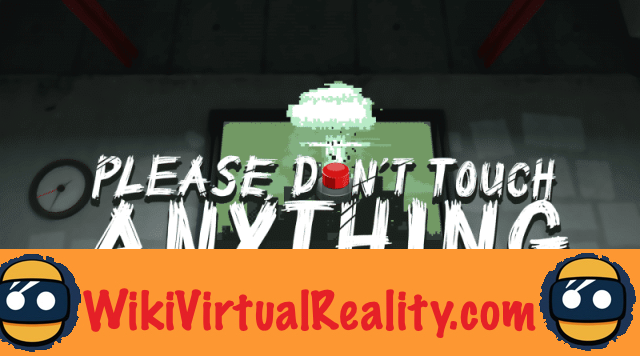 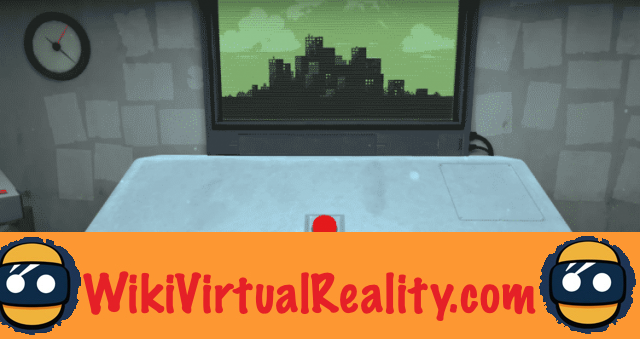 Originally released on PC in 2015, and an escape game. From the first category, it takes up the game mechanics of clicking on many elements to trigger chain reactions and solve puzzles. From the second, he offers the agonizing atmosphere of a game behind closed doors, the goal of which is to manage to escape by deploying all his logic and his inventiveness.

In this case, however, there is very little chance that you will manage to escape. Locked in a strange office, alone in front of a big red button, the only instruction is the one that your colleague leaves you before going to the bathroom:

On the contrary, the object of the game here is to touch everything, to see what is happening. According to its publisher, the French Bulkypix, this title is 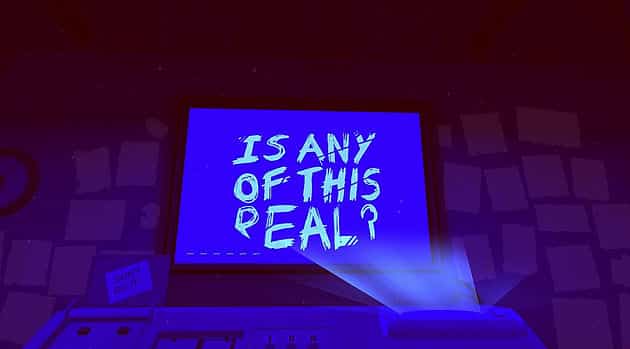 To do this, you will have to explore and interact with all the elements of the decor of this small room in which you are confined. Some solutions are rather subtle, and require analyzing the clues implicitly hidden on the walls to perform a series of actions in a specific order. For example, you'll need to find a way to bring up a command console in order to type in a code. Other purposes are much more accessible, such as when you have to smash a printer with a hammer.

In any case, you will have to solve each of the puzzles in the game to be able to complete it 100%. To do this, you will need to be observant and carefully examine everything around you, from the sides, behind you or above your head. In this, the experience lends itself particularly well to virtual reality. Just like the character you play in first person view, you are screwed on a chair and will have to turn your head 360 ° to locate each interactive element of the decor. 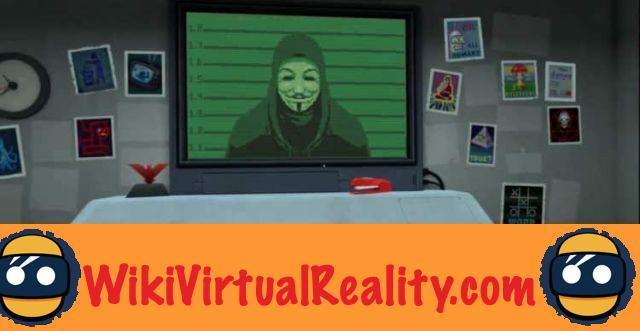 Theoretically, you can completely finish this game in just a few minutes, if you can come up with all the possible solutions consecutively. In practice, you are unlikely to succeed. Some endings are very difficult to discover, and you might get stuck in this game for eternity.

In total, there are over thirty ways to destroy the world. Several new methods have been added compared to the PC version, and some already existing ones have been modified to add a little spice and spice up the experience. However, once fully completed, there is little point in replaying this game.

The lack of instructions, of context and the closed-door environment give this title a very mysterious character. every fine discovery takes you further away from this first impression, to the point of slowly but surely making you sink into paranoid anxiety.

Who really is this strange colleague whose arm you only see, and who goes to the bathroom and never returns? Which console is capable of destroying the planet with one push of a button? What are you doing here, who are you? So many questions that will only be elucidated with a hint of meaning throughout the adventure.

Either way, this intriguing vibe manages to get you into the spirit of the game, both tinged with humor and pop culture references, and terribly stressful and terrifying. Some endings are rather comical and directly echo

Without pretending to impress you, Please, don't touch anything benefits from detailed and rather successful graphics in a cartoon style that contrasts with the horrific aspect of certain scenes. The lighting effects and animations contribute to induce stress in the user.

Likewise, the distressing and thunderous sound effects allow you to fully immerse yourself in this distressing atmosphere and often give the sensation of having

Playability: Immersive and fun gameplay, an original concept at the crossroads of genres.

Scenario: A mysterious and sometimes frightening atmosphere, many cultural references.

Graphics: A visually pleasing cartoon style, light effects that add to the atmosphere.

add a comment of [Test] Please, don't touch anything: an escape game from which you will not escape