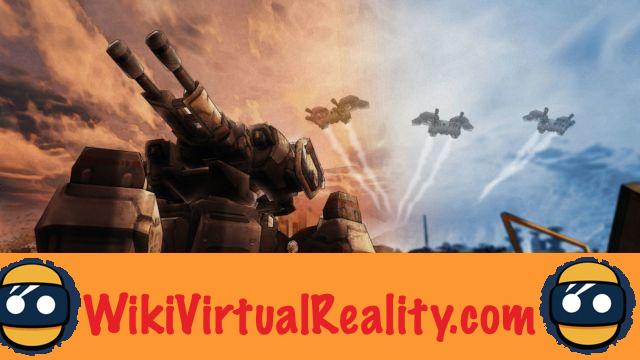 Buy Reflex Unit on Samsung Gear VR at this address. 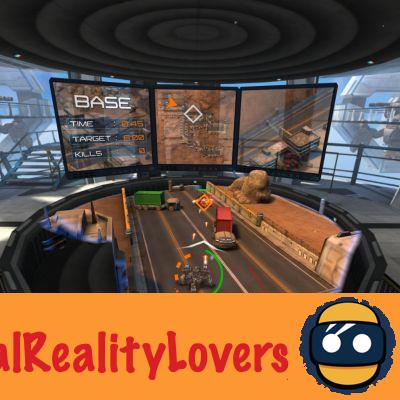 The action of Reflex Unit takes place in Tokyo in 2035. The Japanese capital is stormed by an unknown enemy, and communications with the rest of Japan and the world are cut. Within hours, the Tokyo police and special services were eradicated. The last hope rests on the shoulders of a young mecha pilot, the famous giant robots omnipresent in manga culture. It is this beginner pilot that the player embodies. Obviously, this relatively basic scenario is not the main strength of Reflex Unit. It only serves as a backstory to leave room for action. Anyway, fans of cult manga like Gundam, Evangelion or Rah Xephon will appreciate being able to take control of a mecha.

In Reflex Unit, there is no question of piloting a mecha in first person view. The player is in the center of a sort of control room, and overlooks a large plateau representing the city of Tokyo in the grip of invaders. The giant robot is controlled from above, using a joystick or the new Gear VR controller. The touchpad (or the joystick of the controller) controls the movements of the robot, while pressing the touchpad (or the second joystick) allows you to rotate the map to change the angle of view. The trigger allows it to open fire. Aiming is done through head-tracking. From the options, it is possible to opt for a sighting system using the Bluetooth controller. However, this option poses handling problems. It is therefore preferable to keep the default settings.

the goal of the game is simple. The player must move forward on the map by destroying objectives one by one. On its way, stand dozens of opposing mechas and infantry units. To eliminate them, the player has a machine gun, but also a powerful missile launcher requiring a short delay to lock his target. The objective is therefore to take cover to send a salvo of missiles at the enemy robot, before finishing it off with the machine gun. Indeed, if the player rushes on the opponent, he will be directly destroyed. Despite its imposing build, the mecha is very vulnerable, and a few enemy shots are enough to destroy it.

However, the missile launcher is limited to three ammunition, and must therefore be used sparingly, otherwise you will be disarmed. Fortunately, once destroyed, enemy mechas drop ammunition, healing kits, or temporary energy shields. By being strategic and cautious, the player can therefore complete a mission without dying once.

Without great originality or pretension, the concept of Reflex Unit is rather nice. Unfortunately, this gameplay is plagued by several flaws. First of all, when controlling using the Bluetooth controller, the missile launcher is operated by pressing the top of the touchpad. However, this command also moves the character forward! The sight of the missile launcher is therefore offset, which makes handling risky and frustrating. In addition, during our test, several bugs occurred repeatedly. From time to time, the robot simply stops responding to commands. The only solution is then to restart the game.

Reflex Unit lifespan: a rather short story mode, extended by an arcade mode and a multiplayer mode 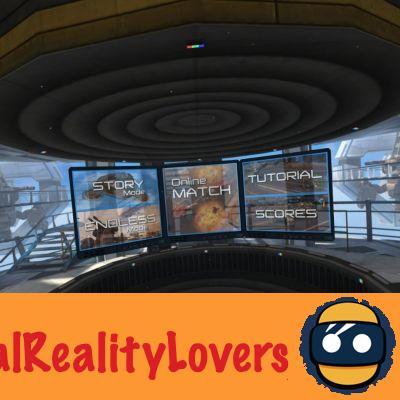 Le Reflex Unit story mode is made up of just six missions. The adventure therefore ends quite quickly, even if the high difficulty will force most players to start over several times to unlock all the stars, without losing any life points. In addition, in addition to the mecha scout available from the start of the game, two other robots can be unlocked, which slightly extends the life of the story mode.

Anyway, the main objective of this mode is to introduce the player to the subtleties of the game in a progressive way, by revealing to him the various bonuses, units and weapons available over the missions. A once story mode is over, an Endless mode is unlocked. In this mode, the player must survive as long as possible in order to climb to the top of a world ranking.

However, the main game mode is online, allowing players to compete on the internet through deathmatch between 2 to 4 players. It is during these competitive games that players will have the real opportunity to put their talents and experience to the test. A voice chat implemented in the game allows you to converse orally during the games. Unfortunately, during our test we were unable to find an opponent. Like many Gear VR games, Reflex Unit is hampered by the low adoption rate of virtual reality. There are more and more different games on the Oculus Store, but the number of users tends to stagnate, or even decrease. In fact, even if you wait for long minutes, it is very difficult to find other players to face. 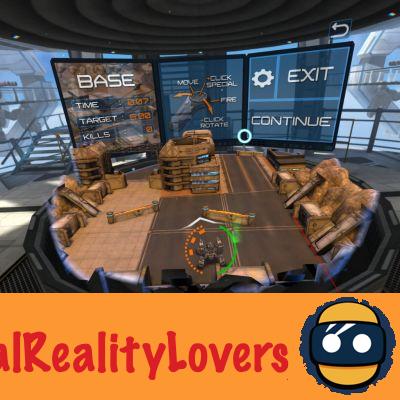 Reflex Unit offers 4 levels of graphic quality. In Very High, the game is very nice and detailed. The characters and sets are finely modeled, the colors are vivid, and the visual effects are quite spectacular. However, the artistic direction lacks flavor and originality. Technically flawless, however, the game seems soulless. The same goes for the soundtrack, composed of dance / techno music a little kitsch and generic. The sound effects are also correct, without affecting the mind of the user.

Reflex Unit immersion: a feeling of immersion that leaves much to be desired

La feeling of immersion provided by Reflex Unit is very limited. Indeed, controlling a miniature robot in the third person, moreover on a holographic plate in the center of a control room, is not the most immersive experience there is. To be fair, other than the head-tracking aiming system, the VR support for this game doesn't necessarily seem very relevant. The game could be directly ported to PC or console without the player noticing a difference.

No problem of comfort to report in Reflex Unit, apart from handling concerns and bugs mentioned above. Visually, the title is pleasing and does not cause nausea or migraine.

Buy Reflex Unit on Samsung Gear VR at this address.

Reflex Unit is a nice game, but not original enough to stand out in a virtual reality gaming market increasingly saturated with average experiences. By choosing to center their title around its multiplayer mode, the developers did not realize that it would be almost impossible to find other users, even at peak times. Moreover, even though this game is exclusively available on Gear VR, it could very well be ported to PC or console without the slightest change. All in all, Reflex Unit isn't a bad game, but it's unlikely to make it to the most popular titles in the Gear's Oculus Store.

Scenario: A banal scenario, which will still please mecha fans.

Playability:A nice gameplay without much originality.

Lifetime : A rather short story mode, but a multiplayer mode and an endless mode for an infinite lifespan.

Immersion: A feeling of immersion that leaves much to be desired.

Comfort: A comfortable experience, despite a few bugs and hazardous handling.