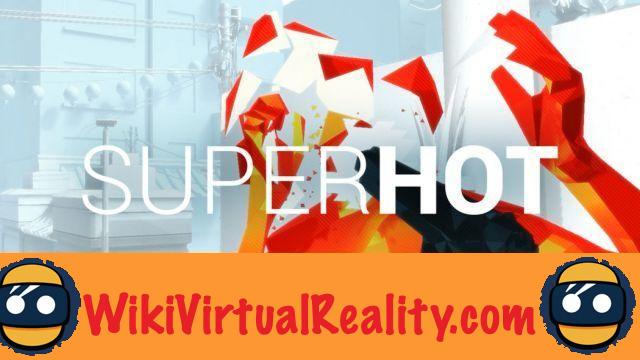 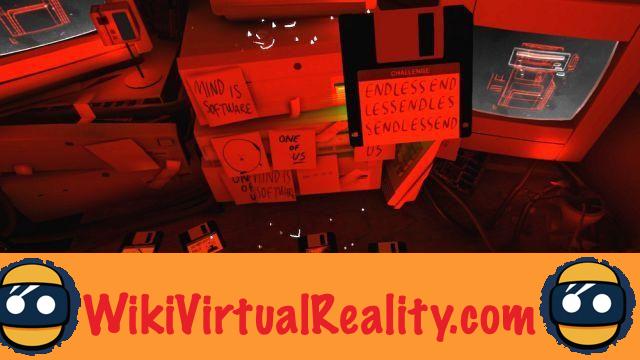 Superhot VR does not seek to play the card of realism, or to offer a concrete plot and narrative. The action takes place in a totally surreal and ultraviolent universe, only populated by beings made of glass and armed to the teeth. At the start of each mission, a word or a short sentence serves as a clue to the player to warn him of a danger or to guide him on what to do. For the rest, no dialogue, no textual narration comes to punctuate the adventure.

Between each level, the player finds himself in a small room, this time in the real world, and must insert a floppy disk into a computer, then put on an imposing virtual reality headset. This therefore suggests that the action takes place in VR. However, as the player progresses, the room in question becomes more and more strange, as if the barrier between the real and the virtual is gradually disappearing ... 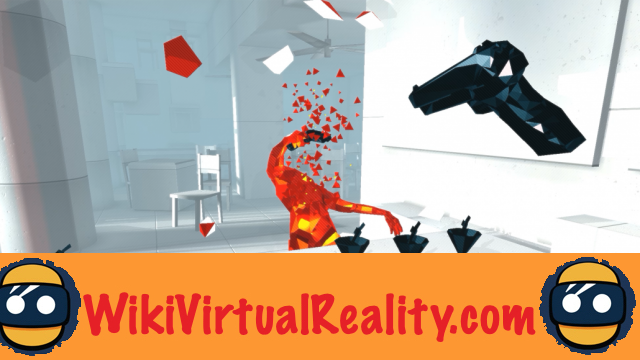 The gameplay of Superhot VR is one of the most original and successful of all virtual reality games available today. Originally released on PC in February 2016, Superhot VR has been completely redesigned for virtual reality. This VR version, released in December 2016 on Rift, was designed by the Superhot Team in close collaboration with Oculus for three years. At first glance, the title is like any VR FPS. The player controls a character in first person view, and Oculus Touch controllers replace their hands. As in Robo Recall, He can grab any gun or other object within reach and use them to take out enemies.


However, this game has a unique feature. In Superhot VR, time only unfolds when the user moves. Thus, at the start of the level, the attackers are frozen. The user can take the time to look around to properly analyze the situation, plan their movements, and take action. Concretely, by the time the player grabs a weapon, aims and opens fire, the enemies also begin to move and target him. In fact, the slightest false move is a waste of time, and can prove fatal.

It is therefore essential to determine in advance in which order the enemies will be eliminated, and how they will be killed. To do this, the player must take into account the weapons available, the position of each enemy, and the threat they represent according to their own weapons. In practice, this original gameplay is extremely enjoyable.

For example, the player will have to dodge a punch, then grab two weapons simultaneously, dump the magazines on two different enemies, grab their own weapons when they collapse to the ground, take cover to avoid a shotgun fire , and finally throw a knife in the direction of the last attacker to finish the level. When everything is going as the user had anticipated, Superhot VR gives a feeling of jubilant power.

De many weapons are available: submachine gun, revolver, shotgun, knife ... but the weapons are lost at the end of each level. Likewise, all the objects available can be used as a projectile or a knife: ashtray, bottle, fire extinguisher ... finally, after a few levels, the player unlocks psychic powers allowing him to kill enemies with thought while shaking his hands towards them. However, the most fun is hand-to-hand combat. 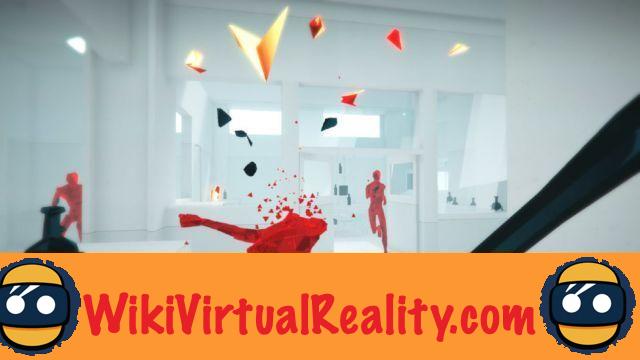 The initial adventure of Superhot VR presents a very decent lifespan. Some levels are very difficult, and have to be repeated several times. otherwise, the recently deployed Forever Update adds more than 20 hours of content. Endless arenas, additional challenges and unlockable achievements extend the game significantly. 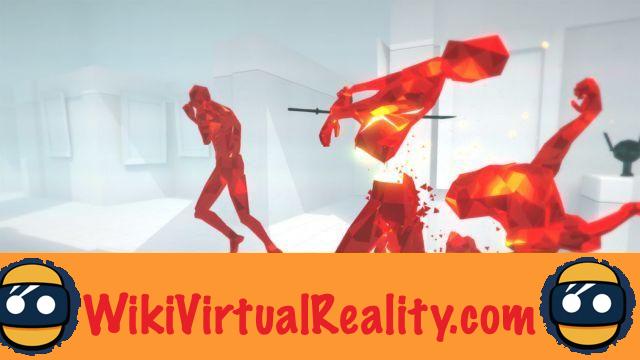 The graphics are the second big highlight of Superhot VR. The uncluttered, minimalist decors create a very special atmosphere. The characters, made of shiny glass, also give the title a unique graphic style. This aesthetic choice also makes it possible to justify the fragility of the characters. Indeed, the slightest impact is enough to break enemies into a thousand pieces. At the moment, there is nothing to measure the force of a blow struck with the Oculus Touch. It would therefore have been impossible to propose a realistic collision system.

The soundtrack is also successful. The The sound of bursting glass adds to the feeling of power of the player, who will take pleasure in defeating his enemies until only crumbs remain.

Like all VR FPS, Superhot VR offers a very successful feeling of immersion. The player really feels immersed in this surreal universe, especially thanks to the Oculus Touch controllers that really give the impression of using their hands.

Travel takes place in a limited area. Therefore, Superhot VR does not present a risk of motion sickness. Likewise, the fact that time is frozen until the user moves avoids the risk of nausea. The experience is therefore quite comfortable. 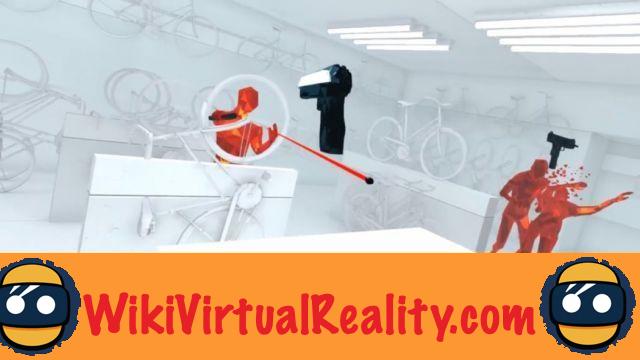 As you play Superhot VR, you will no doubt understand why virtual reality is used to train military personnel. This game will awaken your killer instincts, and teach you to react calmly and intelligently in an emergency. For the rest, it is a particularly original and well thought out game, which takes full advantage of the possibilities offered by VR and motion detection.

Scenario: An abstract scenario playing the card of setting in abyss.

Lifetime : A substantial lifespan, extended by an infinite arena mode to unlock.

Immersion: A very good feeling of immersion thanks to the first person view and Oculus Touch controllers.