Oculus just released the Oculus Touch recently, and like every accessory. A demo has been released in order to praise the new Oculus controllers. This one is called ToyBox VR. Is this demo interesting? Answer in this test.

The gameplay of the game is very simple, and resides in a kind of sandbox (or in this specific case, toy box). You will have a multitude of toys at your disposal that you can use in different ways. And you do what you want with the toys that are available to you. You have access to three play areas which are quite similar, and which offer more or less the same toys, and the same targets to aim. 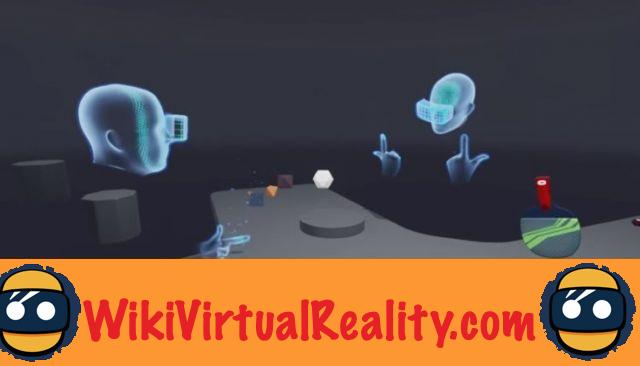 Your movement capacity is restricted, you will only be able to move your hands using the Oculus Touch which responds perfectly with the game. Thus, you will not have any problem to recover objects, to aim, or to throw objects. Everything responds wonderfully. And this is the only positive point of the game, with the addition of the Co-Op mode which will allow you to invite one of your friends within the room, so that he can play with you.

Don't expect to be blown away by ToyBox VR, the graphics quality of the software is very average, with bland and dark textures (lots of gray), the game does not make you want to stay there very long. If you are getting into VR for the first time, then don't do it with ToyBox VR as it may give you a bad impression of VR. 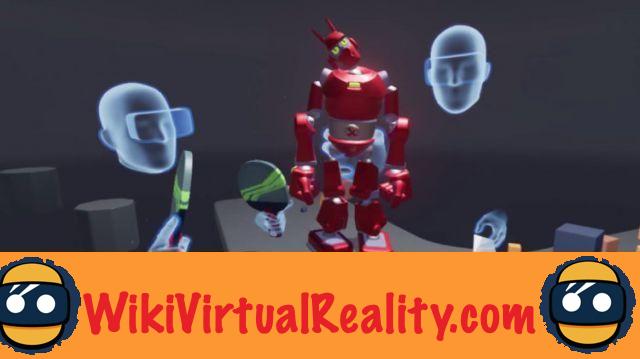 Oculus could have made its game more colorful, with a little less bland textures. Because the quality, whether graphic or otherwise, of the demo is essential to arouse the desire for this title, or for others.

The soundtrack is extremely weak and really doesn't make you want to plug in the sound. Indeed, we have the bad impression with the music present within the game, to find ourselves in a horror movie with a killer clown ready to eliminate you. The little sound that is available does not encourage the game. Developer Cloudgine really missed the sound aspect of ToyBox, and that is regrettable.

This game is a demo so don't expect to play it for long hours. Indeed, you will go around the game in just under an hour. The little replayability is playing Co-Op with a friend, but other than aiming at targets and throwing toys all over the place, you won't be doing much in this multi-player game. 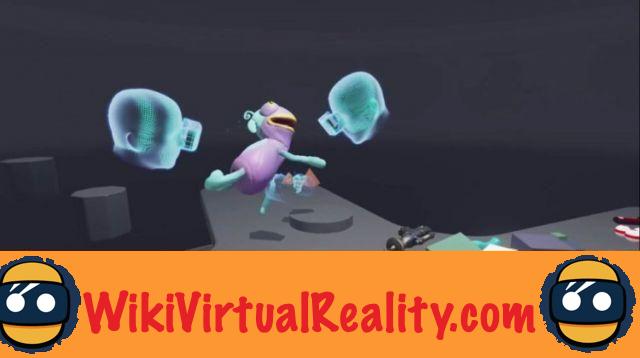 The only interest of the game lies in the fact of giving an overview of the Oculus Touch. However, many other games are able to do this by being much more successful than ToyBox.

This game does not pose a problem in terms of motion sickness. Either way, considering how little time you might spend on this game, there's little chance that motion sickness will set in. The main enemy would rather be boredom, which should set in rather quickly.

To conclude, ToyBox could have been a very good demo that works perfectly with the Oculus Touch. However, whether graphically, musically, or even in terms of replayability, everything is weak, too weak for us to recommend this game to you. But, if you want to play ToyBox, it is available on the Oculus. Rift, for free.

ToyBox started out with good intentions, but it turned out to be disastrous. This is a shame, for a demo supposed to give credit to the Oculus Touch which is fantastic.

Playability: Gameplay which consists only of having fun playing with toys, but in virtual reality. We have already seen better for a demo.

Graphics: Everything is dark for a toy bin. It really doesn't make you want to stay on this game any longer.

Lifetime : Only 45 minutes, to do it all, and a Co-Op mode if you find someone brave to test this game with you.

Visual comfort: Nothing in particular on this point. The game does not offer any particular discomfort. One of the only positive points.

add a comment of [Test] ToyBox VR: The Oculus toy bin demo for the Oculus Touch