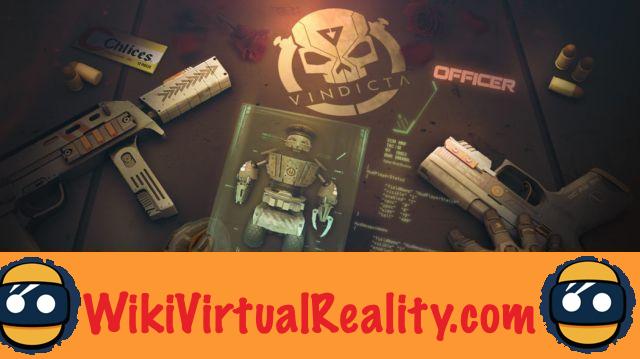 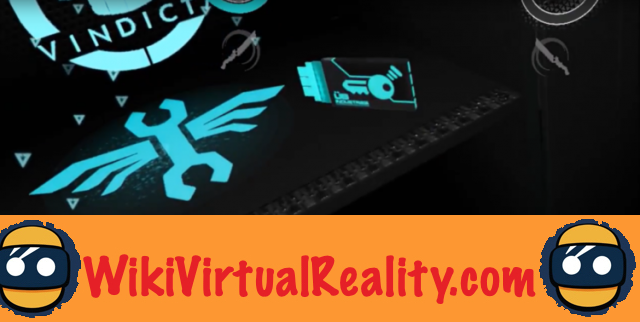 Vindicta's plot revolves around UB Industries, an evil corporation that develops an army of evil robots in order to take control of the world. The player takes on the role of Agent V, responsible for infiltrating the HN1 Facility complex, in order to destroy all the robots to put an end to UB Industries' plan. You will understand, this scenario is far from captivating, and the plot is not really developed during the game. This narrative plot is simply used to introduce the context before giving free rein to the action.

Vindicta gameplay: a game featuring the best in VR FPS

As much to say it from the outset, Vindicta is not in innovation. The title is content to take and mix what has been done best so far in the field of FPS VR and traditional shooter games. So this is a relatively classic first-person shooter, but effective and fun.


Le player moves by moving his hands back and forth alternately, a bit as if he were skiing, while holding down the joysticks of the Vive Wands controllers. To get rid of the hordes of evil robots, he has two swords, to draw by placing his hands behind his back, and a large arsenal of firearms to collect as he progresses. A scoring system rewards shooting accuracy, giving more points to players who shoot robots in the head.

At the start of the game enemy robots are relatively slow and static, so their shots are easy to dodge by moving their heads or moving sideways. Subsequently, other creatures such as explosive spiders and flying drones complicate the equation. However, it is above all the proliferation of opponents that makes the game more and more difficult. The player has no choice but to take cover to avoid enemy fire.

Outside of the fighting, the player must solve relatively simple puzzles to progress. For example, finding a key in a cabinet to open a locked door or deactivate a laser with the push of a button. The different levels are divided into checkpoints to save progress. If the player is killed, he resumes at the previous checkpoint.

If the lack of originality is not necessarily a problem, Vindicta currently has several problematic technical flaws. For example, sometimes orders are not taken into account. The player performs the command to move or to put away / draw his weapons, but nothing happens. This is particularly disturbing when you get killed by a monster because of such a bug, just before reaching the next checkpoint.

Il seems important to clarify that Vindicta was developed very quickly. Development began earlier this year, and the game was released in June. Regardless, the title is still in Early Access, and the various issues will certainly be resolved over time. An update called The Hive has just been rolled out at the beginning of August, bringing several adjustments and fixes, an optimization of enemy artificial intelligence, an additional hour of play, an extension of existing levels, three new types of enemies and much more. 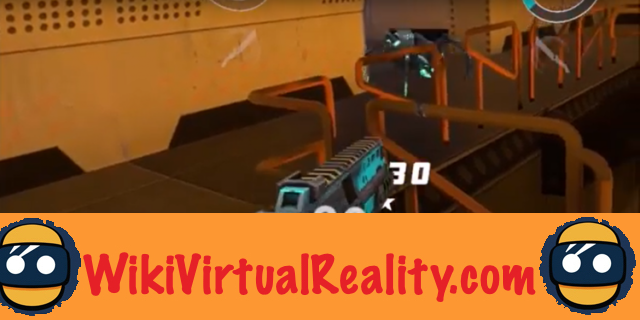 La Vindicta's campaign offers a rather satisfyingly long adventure, especially following the update The Hive which adds a new level and extends the existing levels. The scoring system also brings a certain replayability to players who will try to beat their best score. However, it is above all the cooperative multiplayer mode, already announced, which will extend the lifespan by allowing players to redo the game with their friends or with strangers they meet on the internet thanks to the matchmaking system.

Vindicta graphics and soundtrack: colorful and childish graphics for the whole family

Very colorful, a little childish, the graphics of Vindicta are very nice. The decors are clean, the shapes rounded, and the very smooth style is conducive to fun. This graphic style will suit the whole family, away from dark and gory games like Dead Effect 2 VR. The dubstep-style soundtrack will appeal to fans of the genre, and gives a certain intensity to the most intense phases of action. The sound effects are however rather generic. 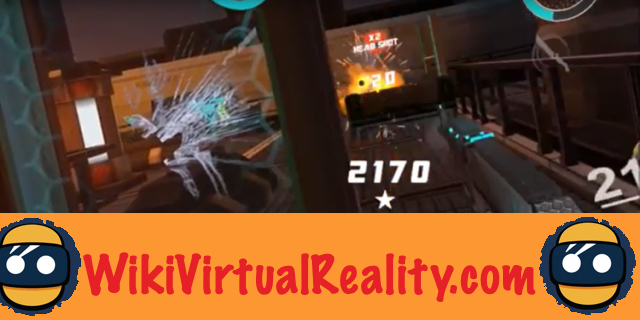 Immersion of Vindicta: an immersion mitigated by the lack of realism

The movement system and the first person view allow for some immersion, but graphics and physics engine lack realism to allow the user to really put themselves in the shoes of the character.

Comfort of Vindicta: a comfortable but sporty experience

Le Vindicta's movement system is very comfortable and poses no problem with motion sickness. Overall, the game is pretty comfortable, but can get physical during the most intense shootouts.

Vindicta in the face of competition 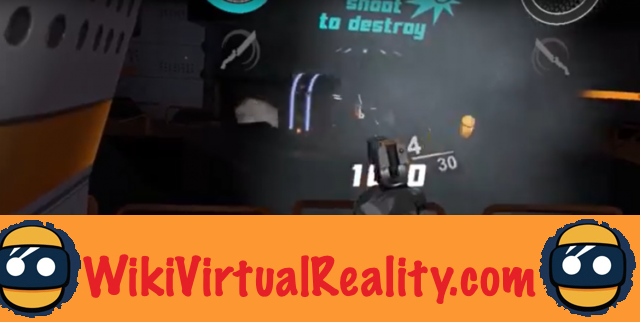 As mentioned above, Vindicta is heavily inspired by the best VR FPS available today. The movement system is similar to Gorn's, the recharging system is reminiscent of Dead and Buried, the dodge system looks like Superhot… in short, Vindicta mixes everything up without ever innovating. In fact, it is impossible to consider it as superior to other games whose mechanics it uses. The experience offered is still very pleasant, despite a feeling of immersion less than games like Farpoint or Robo Recall.

Vindicta is a simple and relaxed game. Without revolutionizing the genre, this title offers a fun and satisfying experience. Some technical problems are to be deplored, but the updates gradually correct these defects.

Playability:A gameplay mixing what is done best in the genre.

Lifetime : A decent lifespan, soon to be expanded by a cooperative multiplayer mode.

Graphics and soundtrack: Colorful and childish graphics, a dubstep soundtrack that will appeal to fans.

Immersion: An immersive experience that lacks a bit of realism.