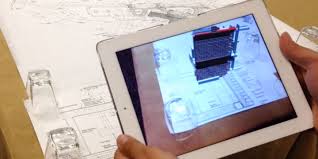 Virtual reality is currently at the center of the concerns of several companies. Entering mobile devices, this technology also brings new dimension in the field of construction. We have listed for you the three best virtual reality and augmented reality applications for the building: 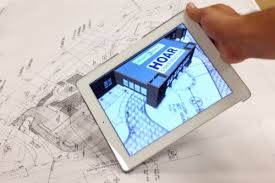 It is an application that allows designers to tTransform a 2D image into a 3D version on a smartphone or tablet. The first challenge is to allow potential clients to visualize in advance what the project would look like. Compatible on different mobile devices running iOS or Android, the main advantage is the compatibility of the application with many CAD software. And the app works by downloading the build model and using each software's plugins for viewing. It is a way of bringing a project to life in design, on paper or on another physical medium. And several other functions can be ordered from the official website. Change of color, modification of the model as well as the proposal of predefined models are among these functions.

Visidraft is a mobile application developed by the startup of the same name based in Washington. First, it is compatible with software such as AutoCAD or 3DS Max among others. This application is especially very useful for the use of augmented reality by transforming a design project into a 3D model with the corresponding objects. It makes it possible to visualize the project in its environment and thus to understand what should be modified or improved. According to the creators of this mobile application, it is in a way the way to go around the project in augmented reality. 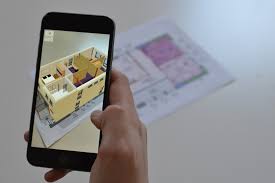 The SmartReality app is a product from developer JBKnowledge. It is a complementary tool to design software. Available for devices running iOS and Android systems, it allows you to visualize a project in progress as if it were already a fully completed project. Such a thing is possible simply by pointing the camera of the device equipped with the SmartReality at the plane. The result allows architects, builders and owners to discuss the project with unique on it. In addition, the application works as much on tablets as on virtual reality devices and transforms 2D plans into ultra-realistic 3D models.


All of these apps are available for free, but the features are sold as options by the designers at varying prices.

Virtual reality to make the visit to the dentist (almost) pleasant