Virtual reality is best known for its headsets that use sight and hearing to trick the brain into immersing it in an unreal world. Now, different parks and arcades offer even stronger experiences that use accessories and a suitable environment for an even more intense simulation. Other senses are then used such as touch, smell or even the sensation of movement and acceleration for a simulation very close to reality and in complete safety. The space dedicated to virtual reality MK2 VR, which should open its doors in early December in Paris, will also offer several similar experiences. A brief overview of the very intense and particularly immersive virtual reality experiences that already exist around the world.

On board a fighter plane that fights aliens 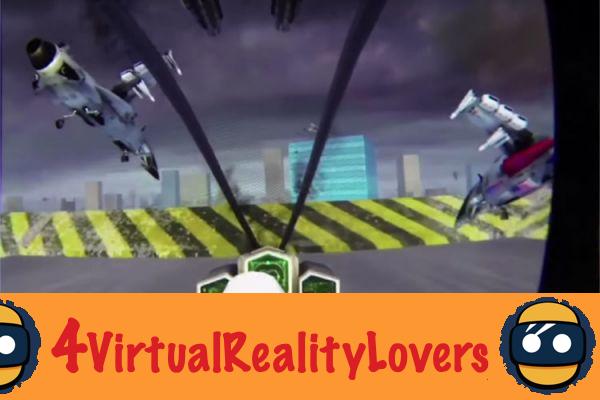 The “Six Flags theme parks” in the United States offers its visitors the opportunity to ride a roller coaster while wearing a Samsung Gear VR virtual reality headset. The images projected in the helmet are not those of a roller coaster, but rather place the user on board a fighter plane fighting alien ships. The experience allows you to experience all the movements of the hunter: climbs, descents, tight turns or even looping. The sensations of acceleration and movement are very real and the experience particularly astounding. The first word spoken after this experience is: "wow". Hang on your seat belts, a little demonstration with this video.


Step into the shoes of a ghostbuster and hunt the ghost 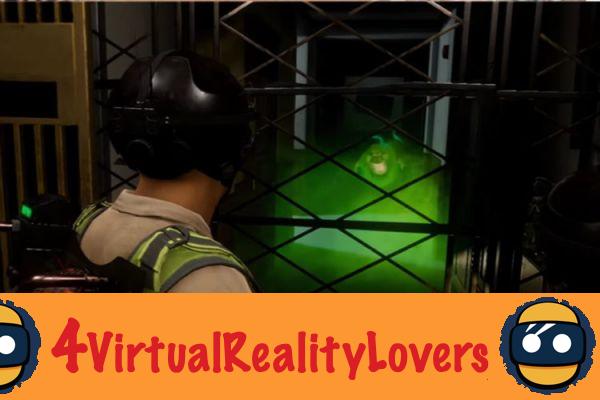 The movie "Ghostbuster" is a classic from the 80s and seems unaffected by the decades. A group of fans have set up an association offering to take the place of one of the legendary ghost hunters for an extraordinary experience. They travel to museums, festivals and events across the United States to provide a breathtaking virtual reality experience.

The first step is to don the real ghostbuster hunter suit and equip yourself with a real replica of the famous ghost proton rifle that weighs almost 15 kg. Then, in groups of 3 people, each represented by an avatar of one of the characters in the film, you walk around, a virtual reality headset on your head, in a setting where the most famous ghosts of the classic of the 80s appear. you will have to aim and capture them in the famous ghost trap of the film. The comments are full of praise for this unique experience. Warning, paranormal activity detected in this video demonstration. 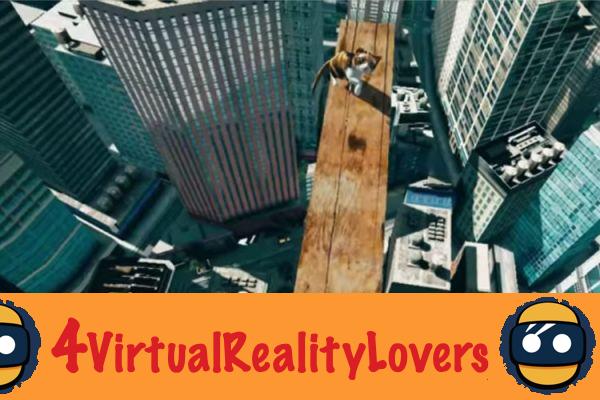 The “VR Zone Project I Can” space in Tokyo offers an experience, seemingly simple, but which places the user in a situation which is frightening for ordinary people: vertigo. The user is at the top of a skyscraper and must save a kitten that is on a board above the void. It is therefore necessary to advance on the board of about thirty centimeters in width, an HTC Vive headset on the head and special gloves on the hands. Simple in appearance, the simulation nevertheless terrorizes those who experience it, yet harmless. Check out the power of virtual reality on the brain in this dizzying video. 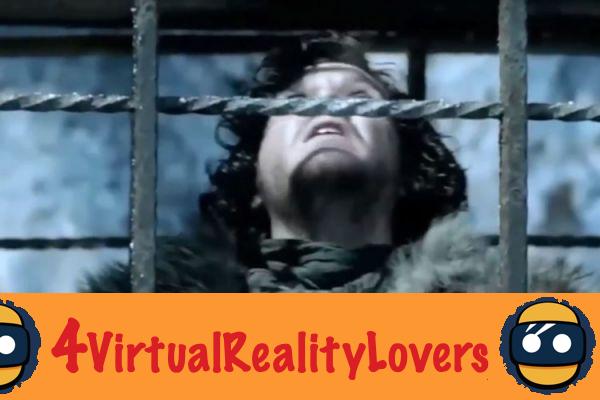 Game of Thrones is without a doubt the revelation series of recent years. The fans number in the millions. The “Framestore” virtual reality studio offers, in the United States, a very realistic experience for fans of the series. After putting on an Oculus Rift headset, the user climbs into the famous Game of Thrones wall elevator that protects the kingdoms from barbarians from the north.

Starting from the courtyard of the “Black Castle” of the Black Guard, you will be able to follow, in 360 degrees, the ascent of the famous wall and review the sets of the series in the skin of John Snow. Fans send a stream of cool air simulating the wind at this altitude and the cold of the place. It is then possible to walk on the wall to stand guard at an altitude of more than 300 meters. A guard which will however not be easy because the barbarians of the north have decided to launch an attack. An experience not to be missed if you are a fan of the cult series Game of Thrones and to discover in the video below. 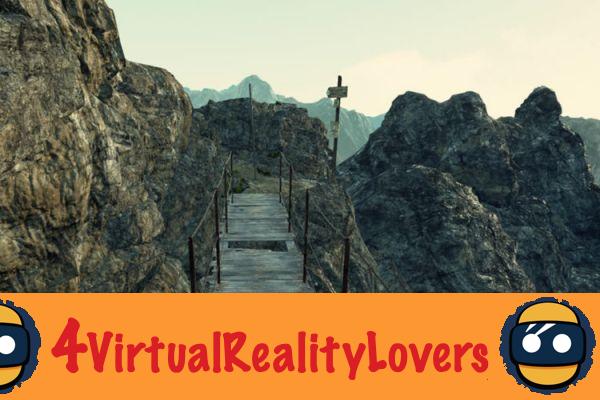 “Framestore VR Studio” offers another extremely interesting virtual reality experience. After putting on a safety helmet equipped with position sensors and a virtual reality helmet, you will set off from a base camp in the high mountains. You will have to cross a rickety wooden suspension bridge that is not reassuring, and some planks have disappeared over time. This one will not last long because an impressive falling rocks will destroy it just after your passage. You will then have to walk on a narrow parapet flush with the mountain and above the void to finally reach the top of the mountain. Called "Merrell TrailScape - Virtual hike", the awesome extreme trail experience left many with shaky knees several minutes after removing the helmet. Demonstration in this video.


The tele-transporter at the London Marriott hotel 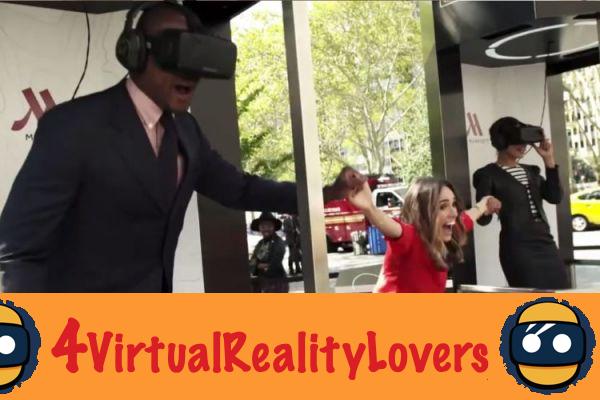 The Marriott Hotel in London offers its customers a tele-transportation experience thanks to virtual reality and a cabin that simulates a totally different environment. The user can thus, in the space of an instant, be transported from London to a Hawaiian black sand beach with breathtaking realism. The secret of this experience lies in the use of an Oculus Rift virtual reality headset, of course, but also and above all in the tele-transportation cabin. It is full of accessories faithfully reproducing the sensation of the sun on the face, the wind in the hair, the spray, the perfume of this dream beach and even the movements of the ground. The result is truly incredible and the total change of scenery. A little glimpse of what could be the future of travel in this video. 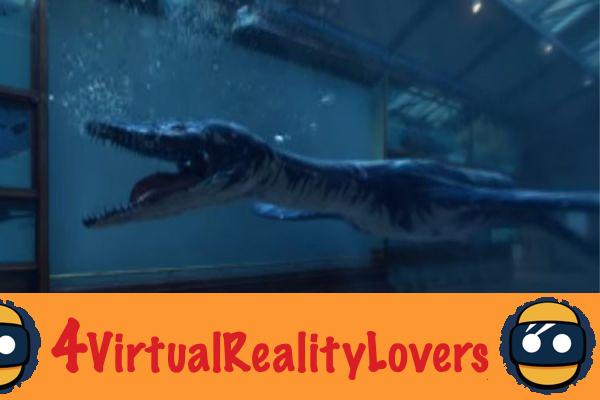 The Natural History Museum in London offers its visitors an experience telling the story of underwater life using virtual reality. The dive, which lasts about fifteen minutes, will offer you a 360-degree immersion that will allow you to see a rhomaleosaurus, now extinct, evolving in its liquid environment within the museum itself. This original theater, which allows you to immerse yourself with the aquatic dinosaur, opened its doors in 2015. Although much less rich in sensations than the other virtual reality experiences described above, The experience offered by the British Natural History Museum is, however, of certain cultural interest and well worth a visit. Small preview in video.

And France will you tell me? Unfortunately, few virtual reality experiences are available in France at the moment. But it's only a matter of days. The MK2 film company has indeed recently declared that it will open a space entirely dedicated to virtual reality in Paris. The room will give pride of place to extreme and innovative experiences. The group has also insisted on the fact that this space will see new innovative experiences appear regularly, while offering the best of what is done.

Facebook launches Jumanji VR, a VR experience accessible to all