The Berlin Wall reconstructed in virtual reality, 30 years after its fall 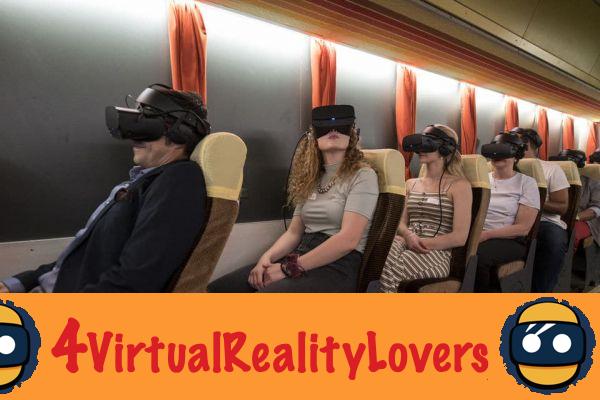 Almost 30 years ago, on November 9, 2019, the Berlin Wall was finally collapsing. A historic moment, which unfortunately will not be possible to relive unless we invent the machine to go back in time.

However, the German startup TimeRide decided to use virtual reality to create a perfect reconstruction of this event. The experience, soberly titled "TimeRide Berlin", has been offered since August 2019.

The goal of the startup is not to offer an experience comparable to visiting a museum, but rather to allow the user to immerse themselves in the past. Through this short journey, you will discover how defeated Germany was divided into sectors after World War II.

Initially, the viewer is in a crowded bus approaching Checkpoint Charlie : one of the most famous borders of the Cold War. East German guards, tasked with closing the border after dark to prevent a mass exodus to the west, are reluctant to detain the bus to verify the identity of passengers. After a few minutes, the vehicle is finally cleared through the fog to enter East Berlin.

Thereafter, the user can choose between three protagonists: a rebellious tiler, a disillusioned sincere believer, and a punk from West Berlin. The selected character will guide the user during their turn.

Relive the crossing of the Berlin Wall in virtual reality

The spectator can then contemplate the Gendarmenmarkt square, whose two cathedrals still bear the scars of WWII, or the Leipziger Strasse and its prefabricated buildings, which then represented the apotheosis of luxury ...

La Communist propaganda barked in megaphones echoes in the air, and citizens line up for rations of fresh produce. Everything is done to provide a feeling of maximum immersion.

At the end of the journey, the bus reaches its final destination: the Palace of the Republic, demolished in 2008. There are of course also images of the fall of the Berlin Wall, an unforgettable landmark moment in history.

However, if crossing the border in virtual reality gives you a feeling of suspense, we must not forget the terrible reality of the Berlin Wall. It is estimated that around 327 people perished while attempting to move from East to West, although these figures given by the German government remain disputed.

Although TimeRide is aware that an experiment taking place during the Nazi era could have generated even more interest, the startup preferred to avoid this historical taboo. The objective of this experience is above all to educate the new generations on this period, so that the mistakes of the past are never made again ...

add a comment of The Berlin Wall reconstructed in virtual reality, 30 years after its fall