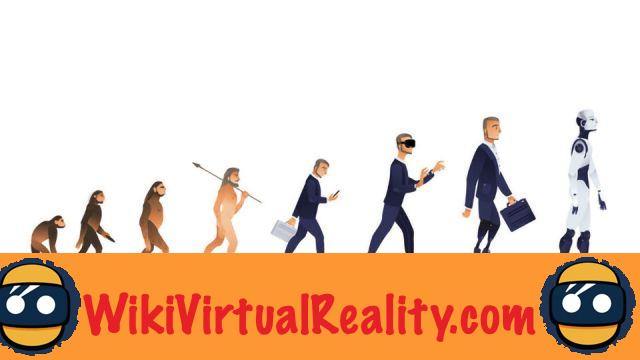 In the 21st century, virtual reality, more commonly known as VR, is projected to the top of the bill in the field of video games. Indeed we can only know our dear Oculus Rift who has conquered the hearts of many people. Yet at one time, VR was frowned upon in the video game industry. Indeed, in the 90's, multiple attempts were made, unfortunately without much success. So where does this passion for virtual reality come from? Here is his story from the beginning to the present day.

The history of virtual reality begins in 1950. And yes if we thought that VR was only exploited at the beginning of the 90's, it was without counting on the pioneers, the precursors who made virtual reality a real one. visual revolution. Our journey then begins with Morton Heilig. This name may not ring a bell, yet this man was the creator of the first immersive cinema in 1962.

This magic box is in fact an individual cinema. In this cinema were presented 5 short films. But what made the Sensorama special is to have been the first cinema to have offered an immersion in the film by exploiting our different senses. Thanks to fans and a vibrating seat, we were able to experience all of the scenes in the film as if we were there.

Let's continue our journey through virtual reality to stop at the year 1968. This year was marked by the creation of the first virtual reality headset better known as the Sword of Damocles. At this time do not expect a revolutionary helmet, yet this invention of Ivan Sutherland will influence many other designers.


The Sword of Damocles:

This invention is aptly named. Indeed, it is a rather particular virtual reality headset. At the time of its creation, the materials of the Sword of Damocles did not allow real comfort. Because of its very heavy weight, it therefore had to be supported by a mechanical arm. The one preventing being able to move freely. This mechanical arm therefore allowed Ivan Sutherland to give this name of Sword of Damocles to his creation.

Our little adventure through virtual reality continues in the early 80's. On this date, we could see the popularization of the term Virtual Reality. This was indeed used in abundance following the invention of Jaron Lanier who has glasses and gloves to his credit (and yes only that!).

As you can see in the photo opposite, the Dataglove is a very normal glove. With one ready exception, since it is able to transcribe the movements of your hands in a virtual universe. A total immersion which at the time could be exploited in many fields such as the Army with NASA.

These precursors and inventors were able to influence the field that interests us today, namely video games. And yes we just have to continue our journey through time by moving forward a few years to reach now the 90's. These years were very eventful when it came to virtual reality. Unfortunately, they don't look eventful in a good way… Indeed, the 90's were years of testing and experimentation. So much so that the inventions that came out of it did not receive the expected success. Many devices were created in those years, however here are the 3 that could have revolutionized the video game at the time. In the ten years that this period represents, one date in particular will remain in mind, 1995.


Indeed, on this date we could have the joy of discovering 4 virtual reality devices in the video game sector. First we will talk about iGlasses. No, these are not Apple's glasses but a virtual reality headset created by Virtual IO. Here is a small video presentation.

The iGlasses presented, here is now a helmet developed by Victormaxx, the Cybermaxx. A virtual reality headset among many others. Indeed, with a very high price we could enter our video games. If the resolution of the DK1 repels you and disgusts you, you will be largely satisfied if your test is done after the test of a Cybermaxx. Of course, for the time, it was announced as a real revolution. Too bad this announcement has not kept its promise ...

Following this Cybermaxx, we were able to see the Virtual Boy arrive in the same year. This device developed by Nintendo has successfully campaigned by promising “real 3D graphics”. Equipped with two independent screens, the Virtual Boy is above all to be considered as a console in its own right. Indeed, it is not a portable helmet. It is installed on a kind of tripod which then prevents any transport. This console then offers stereoscopic 3D. The relief effect being accentuated by the two screens which transcribe the same image for each eye, but slightly offset. Here is a nice little video to watch.

Finally, here is the last device that I want to present here, the VFX-1 developed by Forte Technologies. This headset could have been the future of video games, yet virtual reality was not well accepted at that time. A video to present the VFX-1, you will also see the other devices presented previously.

As you will have understood, many virtual reality headsets tested their success, unfortunately without much success. The players of the time were perhaps not yet ready to take the step of virtuality. If the headset tried to change the field of video games, we were treated to a new virtuality in the 2000s. Indeed, with the arrival of Nintendo's Wii, we were faced with a new way of playing. With the WiiMote, we can control our body in the video game. Awesome isn't it? It is true that with this announcement, Nintendo has launched a new “mode”, that of immersion. It didn't take long for competitors like Microsoft or Sony to also innovate in an immersive sensor. The Kinect was therefore born for the Xbox, and the Playstation Move for the Playstation.

There are many ways to get into video games and be able to experience that unique feeling of immersion. At the start of 2014, where is this advance in virtual reality? Well we can say that it is progressing well! Indeed, we obviously made the discovery of the Oculus Rift last year, and it's only been talking about it lately. Qualified as THE video game revolution, but not only that, the Oculus could certainly be the new essential viewing medium for gamers!

The history of virtual reality is over. Of course, due to my age game, I unfortunately could not know some devices. If, however, some of you have known these consoles and accessories, share your experience with us!

add a comment of The history of virtual reality