The history of VR in 7 steps: from science fiction to your living room 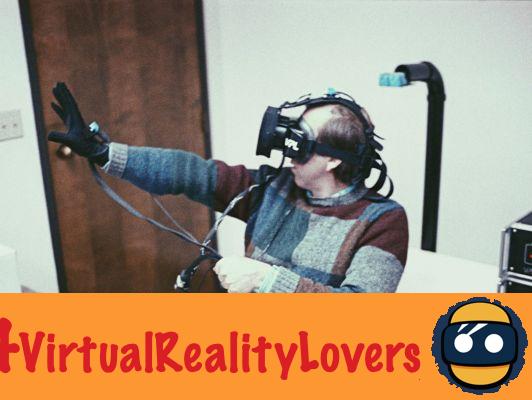 The idea of ​​putting on a helmet to escape the real world and venture into imaginary worlds is not new. In the past, however, this concept was reserved for works of science fiction. Since 2016, VR headsets have finally become reality thanks to companies like HTC and Oculus. Everyone can now immerse themselves in an alternative reality without leaving their living room.

What most people don't know, however, is that it took a lot of time and failed attempts to achieve this level of achievement and ease of use. Relive the history of virtual reality through 7 milestones.

The history of VR: 1957, the Sensorama is the first concept of VR headset 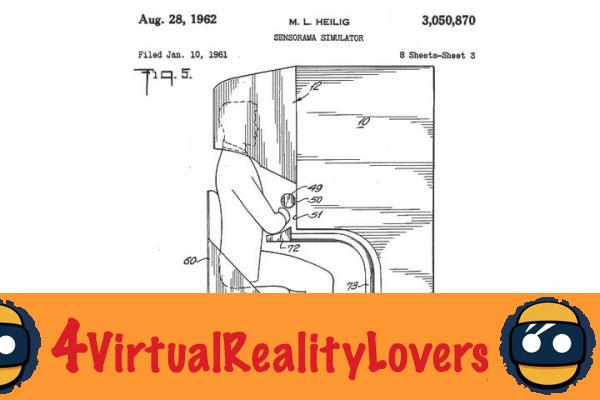 In 1957, filmmaker Morton Heilig invented a machine designed to immerse users in an imaginary world. Its aim is to allow viewers to immerse themselves in films by deceiving their meaning, in order to give a new dimension to the cinematographic experience. He imagines the Sensorama as a machine capable of simulating smells, producing stereo sound, vibrations, and even atmospheric effects such as wind in the hair.


Three years later, in 1960, he patented his idea in the form of a virtual reality headset with a stereoscopic screen, a field of vision comparable to that of humans, and stereo sound. Unfortunately, this project did not see the light of day during his lifetime. Either way, Morton Heilig laid the groundwork for virtual reality. In 2017, Tecmo realized this idea with the VR Sense, a booth intended for Japanese VR arcades, offering complete sensory immersion with atmospheric effects like those imagined by Heilig for the Sensorama.

The history of VR: 1968, the sword of Damocles is the first functional VR headset

The first functional VR headset was created in 1968 by Ivan Sutherland. Presented as "the ultimate screen", this headset has a stereoscopic screen to display simple shapes, changing the perspective according to the user's head movements. Since the screen is not obscuring, these shapes are superimposed on the real world images and this device can therefore also be considered as the first augmented reality headset.

However, this helmet remained at the laboratory draft stage. For good reason, because of its very heavy weight, the device needed to be suspended from the ceiling by means of a mechanical arm. This is the reason he was dubbed "The sword of Damocles" in reference to the famous Roman myth.

The history of VR: 1970, the Super Cockpit is the first VR flight simulator 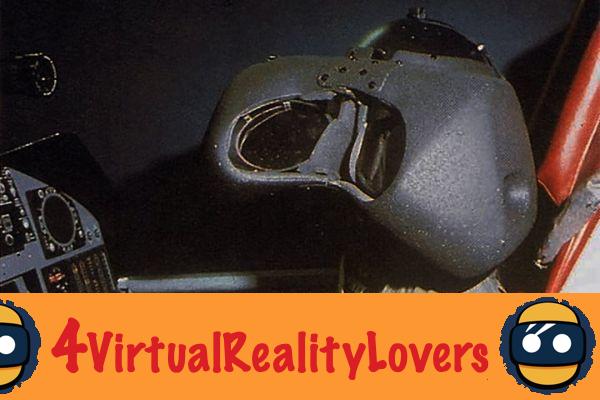 Around the same time as the sword of Damocles, military engineer Thomas Furness was working on a ambitious immersive flight simulator project : the Super Cockpit. The engineer will continue to work on his project until the 80s.


The result will be a training cockpit capable of projecting computer-generated 3D maps, infrared and radar images, and real-time aviation data within 3D space. According to this creator, this project cost several hundred million dollars. Long before the advent of VR flight simulators, this project already allowed pilots to train using gestures, words and even eye movements.

The History of VR: 1978, Aspen Movie Map is the ancestor of Google Earth VR

Aspen Movie Map is a project developed in 1978 by MIT in collaboration with DARPA. Based on photographs captured by cars in Aspen, Colo., The software allowed the user to tour the city in first person view. A principle that Google Earth VR will take up many years later, in 2017.

At the time, to launch the application, it was necessary to use several Laserdisc players, a computer, and a touch screen. There was no question of using a virtual reality headset, but the interactivity and the first person view represent a first step towards how VR can enable us to travel.

The history of VR: 1991, the Sega VR is the first VR headset dedicated to gaming

Sega is one of the first companies to attempt to market a virtual reality headset dedicated to gaming and more generally intended for the general public. The Sega VR was thought of as an accessory for the Sega Genesis console. Its development began in 1991, and continued for two years.

The black plastic helmet included an LCD screen, a stereo helmet, and inertia sensors for tracking the user's head movements. Unfortunately, this ambitious project was never realized. According to Sega, the company was worried that the effect would be too realistic and that people would get hurt. An excuse that makes you smile, but which will at least have prevented Sega from suffering the same commercial failure as Nintendo with its Virtual Boy VR headset, launched in 1995.


The history of VR: 2010, Oculus begins the democratization of virtual reality

It was in 2010 that Palmer Luckey, then 18 years old, created the first prototype of the Oculus Rift VR headset. The device offers a 90 ° field of view, and managed to raise $ 2,4 million in 2012 on Kickstarter.

In 2014, Facebook bought the company for $ 2 billion. The launch of the first commercial version of the Oculus Rift in March 2016, marking the first step towards a real democratization of virtual reality, despite a relatively high price. 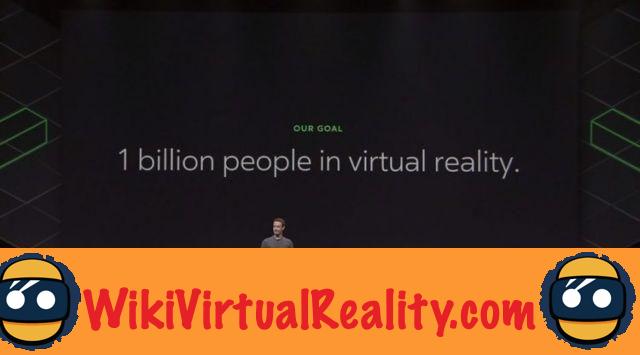 A year after the launch of the Oculus Rift and HTC Vive, hundreds of companies are working on their own virtual reality headsets. Besides giants like Oculus, HTC, Samsung, Sony and Google, countless Chinese manufacturers are also developing their own low-cost devices.

There are even more developers of VR software, games and applications, not to mention startups that create props. With the arrival of all-in-one stand-alone headsets like the Oculus Go and the HTC Vive Focus, virtual reality should continue to be democratized. Either way, the industry is still in its infancy, and the best is yet to come for VR.

add a comment of The history of VR in 7 steps: from science fiction to your living room