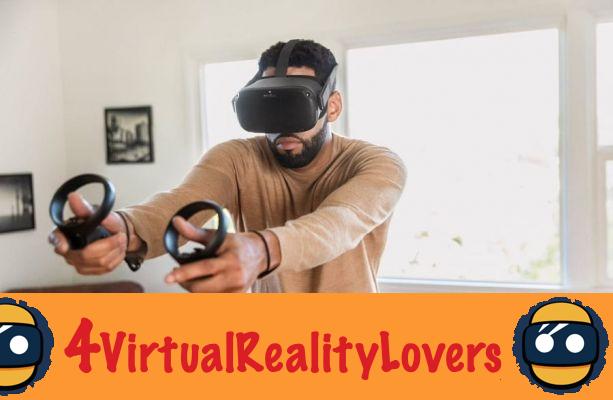 While the launch date is set for May 21, 2019, the Oculus Quest is already shaping up to be a major success for Facebook. Shortly after the opening of pre-orders on April 30, 2019, the autonomous virtual reality headset briefly climbed in the first position of the best-selling products in the “video games” category of Amazon in the USA.

Even if the device quickly fell back to tenth place in the standings, it is still a remarkable feat. Until now, no other VR headset has succeeded in this exploit.t except PlayStation VR. In comparison, the Oculus Rift S only managed to reach sixth place.

As a reminder, Amazon rankings are updated hourly. Ranking is based on sales volume, not revenue generated. 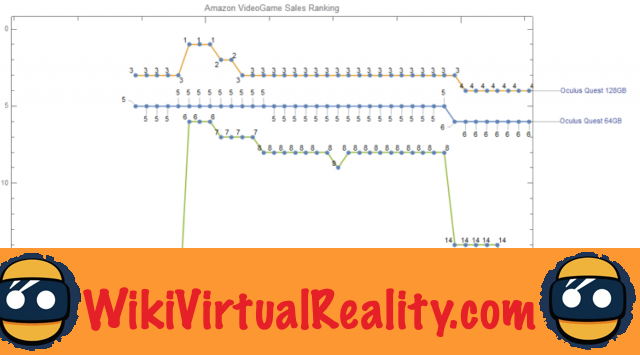 Another indicator of future success: after four days of pre-orders, the first “batch” of Oculus Quest scheduled for pre-orders was already out of stock. If you pre-order the helmet now, you will now have to wait until May 23, 2019 to receive it in France.

Of course, we do not know how many copies Facebook had planned for this launch. Nevertheless, this almost immediate out of stock suggests that even the American company had underestimated the commercial potential of his product ...

Remember that the Oculus Quest is the first standalone VR headset with motion detection controllers. Thus, this device offers an experience similar to that offered by PC VR headsets like the Rift or the Vive, in an all-in-one format wireless and without external sensors and at a significantly reduced cost. Suffice to say that this device has All cards in hand to dominate the virtual reality market...

Cybershoes: the shoes for walking in VR without a treadmill ❯