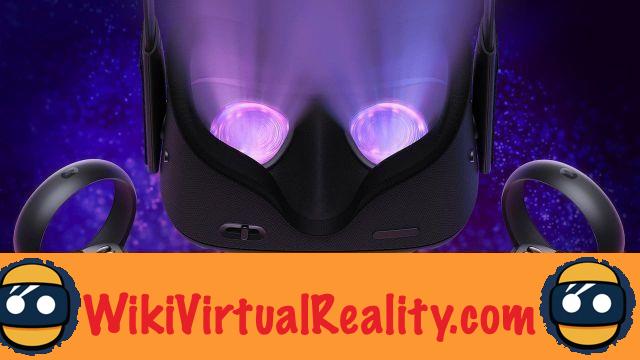 The Oculus Quest standalone VR headset has been available since May 21, 2019, and its app store has already grossed $ 5 million. Faced with this great success, many developers dream of being able to offer their games and apps on this device.

Sadly, the approval conditions are very strict and many developers have already started to turn to alternative distribution solutions to the official Oculus Store such as the SideQuest software.

In this context, Jason Rubin, the VP of Special Gaming Strategies, spoke on Twitter. According to him, this severe selection is necessary for the growth of the platform.

As a reminder, for an application to be accepted on the Quest, the developers must first provide a concept document to be validated upstream by Facebook. Subsequently, the completed application will need to be approved a second time to end up on the Oculus Store.

According to Rubin, the goal is simply prevent developers from wasting time on applications that will ultimately be refused. Indeed, it is preferable that an application is rejected at the concept stage rather than at the end of development. This allows the developer to refine his idea to try his luck again.

In addition, the executive explains that Facebook is ”convinced that the Quest is the first VR headset with the potential to become a viable medium “. This is why the firm wishes to offer only very high quality experiences to users, so that "each purchase on the Store is rewarding and encourages another".

Jason Rubin adds that updates bringing still imperfect experimental features are not acceptable on the Store. A direct reference to the case of Virtual Desktop, whose update allowing the streaming of PC games was refused. Thus, Rubin admits that it may be necessary to "To sacrifice certain functionalities appreciated by users to serve the general interest of the community".