The Persistence, a horror game that we had particularly appreciated, will no longer be a PSVR exclusive.

Indeed, Firesprite, the developer of the title, announces that we can play it from this summer on PC VR headsets. In fact, we can even play it without a headset since the game will be also worn on classic consoles (PS4, Xbox One and Nintendo Switch) as well as on PC. However, the latter will only be entitled to the original game, the latest version remaining an exclusively VR experience (PS and PC).

Officially, supported helmets are the Oculus Rift, the HTC Vive and the Windows VR. However, it should be noted that The Persistence only requires a standard controller. Therefore, Valve Index owners shouldn't have too much trouble playing it. 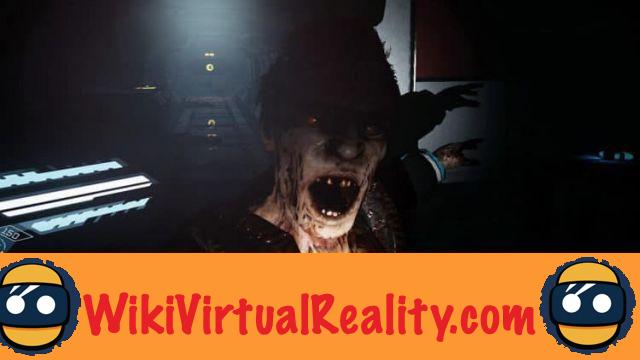 The Persistence is a shooter set in a spaceship attacked by a horde of monsters, with the player on the mission to make it out alive. The game sstands out for its unpredictable side, the plane of the ship changing with each game. As a bonus, spectators can use a mobile application to help the player or further complicate their trials.

When we discovered the game, we particularly liked the atmosphere that emerges from it: we feel extremely alone in the middle of the sidereal void. The gameplay had also seduced us, abandoning the simplicity of classic FPS by requiring more strategy on the part of the player.

In any case, those who already have the title on PSVR will be entitled to the classic PC version for free. In addition to the digital version, we can also buy the new physical versions of the game edited for consoles.


For now, we only know that the PC VR version of The Persistent will be available in the summer. Follow us so you don't miss the next release date announcement.

add a comment of The Persistence: PSVR game to invade PC VR headsets this summer