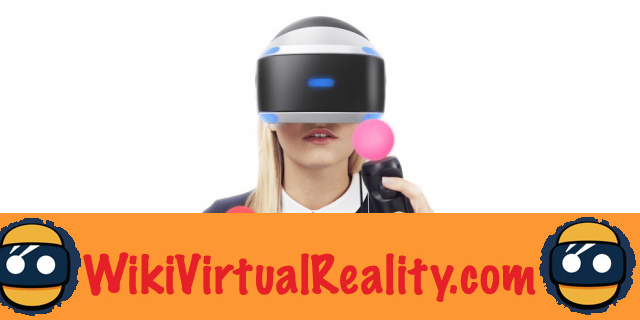 One of the managers at Sony has launched a few leads that suggest what will be the next version of the virtual reality headset PlayStation VR 2, probably with the PS 5.

It's been over two and a half years since the PlayStation VR headset was released. This one hasn't seen any real improvements unlike the HTC Vive and the Oculus Rift released around the same time. These last two have indeed experienced a new, different, significantly improved version. It is very likely that Sony will not release a new version of its helmet ... at least for the PS 4. Regarding the PlayStation 5 which we can already hear some echoes, things may be different and we should see a new headset. It seems that this new headset will embed a lot of interesting new VR technologies ...

We can expect a high-end PlayStation VR 2

Sony senior vice president of research and development Dominic Mallinson presented some interesting ideas at a session in Toronto. The manager mentioned, without confirming, different technologies that could be present in the second version of the PlayStation VR 2 virtual reality headset.

The manager mentioned a much better resolution allowing HDR as well as a field of view of 120 degrees against 100 currently. Dominic Mallison, moreover, insisted on user comfort. The cable connection is too restrictive for the manager who relies on autonomy. The Sony manager also believes that Eye Tracking is an excellent solution for virtual reality.

However, it is impossible to know if the PlayStation VR 2 will indeed be a stand-alone headset with a high-resolution screen and Eye Tracking.. It should not be released before the release of the PlayStation 5. No date has been announced for the moment but various specialists of the Japanese manufacturer think that the new home console will see the light of day in 2020. That still leaves a lot of time. to work on the future virtual reality headset.


Update: a little before E3, Jim Ryan, the new president of Sony Interactive Entertainment, spoke about the sequel. For now, he remains cautious and does not reveal his plans. He assures us that Sony is satisfied with the current generation. Moreover, it will be directly compatible with the PS5. He claimed that 1 in 4 PS20 owners have purchased a PS VR: around 4,2 million. An honorable score given the nearly 100 million sales of the console. In addition, sticks to demonstrate the E3, the developers will continue to offer games between the end of 2019 and 2020. The video game show will surely tell us more next year.

Best games for Oculus Go: our pick of the unmissable ❯