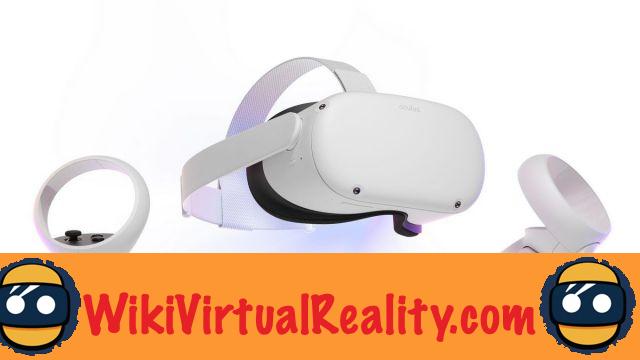 In a previous article, I tried to show the cinematic possibilities of the Oculus. Especially since with the latest news such as confirmation of the start of the film for Oculus: Epic initiated by Alphonso (Gravity) Cuaron, there is no doubt that the quality will be there from the first steps of the Rift in the seventh art .

But the show (video-fun or cinematographic) is only a tiny part of the machine's potential. If you can be projected in a video game or in a film, then why not find yourself in Venice or in the Grand Canyon to do a little sightseeing; why not on the set of a cooking show or among the members of the jury of The Voice; why not in the Louvre museum at the last Star Wars exhibition; why not in the stands of a PSG-OM match or in an F1 car for the more athletic and why not in the front row of a concert or a play ... You will have understood, the possibilities of The Oculus combined with the new omnidirectional cameras immediately changes the way entertainment is consumed in general.

In addition, if there are already cameras that manage 360 ​​degree shots on a human scale, we can bet on the evolution of technology and predict that this process could be used on micro cameras ... Imagine the advances in terms of medicine or teaching if instead of studying a living organism on a screen, we find ourselves inside it like the Fantastic Voyage. And if we can imagine the applications in the world of the infinitely small, why not, conversely, develop technologies in the infinitely large. Imagine an omnidirectional mega-telescope combined with the Oculus, then you would no longer be in a planetarium but among the stars!


In conclusion, we can therefore say that the applications of the Oculus Rift are only limited to the imagination of its developers and parallel technological advances. However, let's not forget that when we talk about development, we must always put investment in parallel ... Facebook was not mistaken there and whatever we think of Zuckerberg's company, we can only rejoice that the Oculus is leaving with means worthy of its capabilities.

add a comment of The revolution is underway for the Oculus!