The success of Mélenchon's hologram is creating a buzz even abroad 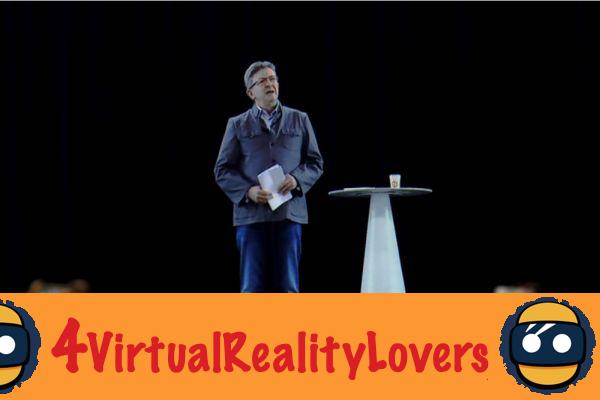 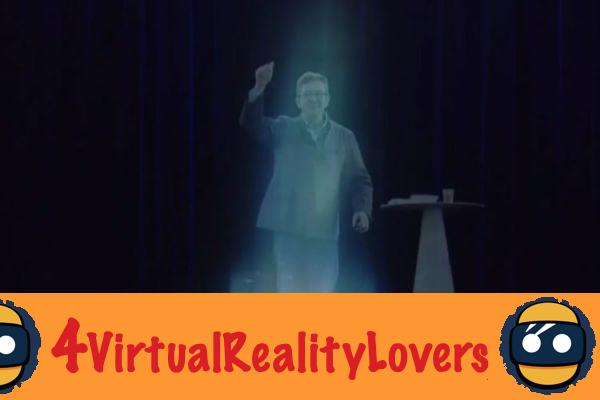 Is Jean-Luc Mélenchon the precursor of e-policies? His demonstration yesterday in any case made the buzz by using, for the first time in a political meeting, a hologram in order to address almost in real time to two rooms in Lyon and Aubervilliers. More than 470 kilometers separate the two rooms in which the candidate of "rebellious France" gave a political rally. Considered a gadget by some, a publicity stunt for others, Jean-Luc Mélenchon's hologram has however succeeded in making people talk about it and by filling a room with 6.000 people who came to see a very realistic projection of her silhouette.

The hologram: a technical and communication success

Jean-Luc Mélenchon is undoubtedly the French politician who is most interested in and uses new technologies. The man on the left has long used the possibilities that the Internet offers him to communicate, but yesterday the presidential candidate hit hard and made an impression with a double meeting, one of which was projected in the form of an almost live hologram. You can see the candidate's holographic appearance in the video below:

Among the 6.000 spectators who came to see the hologram clone of Mélenchon, many curious people slipped. Some wondered if they were going to wear augmented reality glasses, a virtual reality headset, or if the candidate was going to appear in ectoplasmic form. Et it seems that everyone was blown away by the realism of the holographic projection. A success largely due to "Adrénaline Studio", the French company in charge of this technical feat. The investment, estimated between 30.000 and 40.000 euros by the candidate's campaign team, seems important for an audience of only 6.000 people but the publicity stunt of this hologram meeting could have a much greater impact on the launch of the campaign. candidate's campaign. The screening was, in any case, a success and if various jealous competitors hoped for a bug, it was not..


Is the hologram meeting a solution?

In recent months, politicians are increasingly interested in new technologies, especially virtual reality.. Like Obama, his wife or even Donald Trump's inauguration ceremony, American presidents seem fond of VR. A trend that could upset the political message in the years to come. 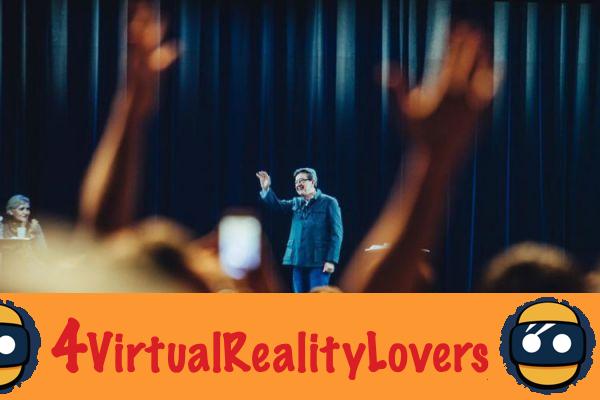 With his hologram which projected his meeting almost in real time, Jean-Luc Mélenchon is a pioneer of this technology adapted to politics. Indian Prime Minister Narenda Modi and Turkish President Recep Erdogan had certainly already experimented with hologram technology in the past, but without daring to go live and with less quality. This premiere, however, really intrigued the foreign press. Does this technical feat inaugurate a new trend among politicians? Unless bringing a major novelty, the other candidates who will take up the challenge of the double in hologram will certainly lose what Mélenchon has obtained, the buzz and the novelty.