The US Navy trains in augmented reality with Magic Leap (video) 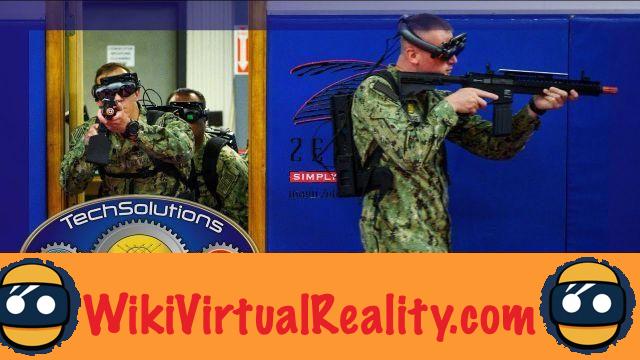 In order to train its troops, the US Navy now uses augmented reality. A system was developed to train Sailors anti-terrorist operations and military expeditions, and instill in them basic elements of security and code of conduct.

To do this, the Office of Naval Research (ONR) has partnered with the Naval Surface Warfare Center (NSWC) and has industrial partners such as Magic Leap Horizons and Haptech Inc. Together, they developed a complete system comprising an AR Magic Leap One helmet, a backpack PC, and a dummy weapon created by Haptech offering realistic recoil thanks to haptic feedback.

US Navy uses products designed for gaming to train troops

As he points out, it is interesting to note that this drive system is mainly based on products available on the market and in particular accessories designed for gaming. We can therefore see that there is no longer any real difference between electronic equipment designed for the general public and that used by the military ...

This is not the first time that the US military has taken an interest in augmented reality. The US Army recently ordered thousands of modified Microsoft HoloLens AR helmets for its soldiers to gain an advantage in the field ...