The Valve Index VR headset is out of stock worldwide 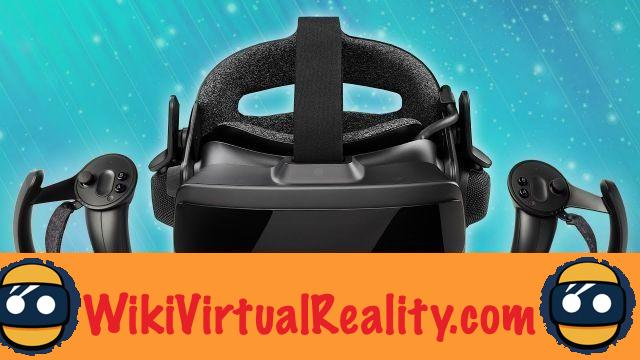 Since the launch of the first PC VR headsets in 2016, virtual reality has never really succeeded in convincing the general public. However, the imminent launch of the game could be a game-changer.

This game developed by Valve is the first opus of the famous saga for 13 years, and many gamers are willing to sacrifice everything to be able to play it. To do this, many are even willing to invest in a VR headset and a VR-Ready PC.

However, Valve itself might struggle to keep up with demand for his own helmet. While deliveries for the Valve Index were already pushed back to November 2019, the device is now out of stock worldwide.

On the French Steam page of the VR headset, the "buy" button is replaced by a "warn me" button. This concerns both the complete pack and the helmet alone or its various accessories. Users will be notified when stocks are replenished.

The Valve Index back before the release of Half-Life: Alyx?

The situation is the same in 31 countries including the United Kingdom, the United States or Canada. Only Japan seems to be spared by this general shortage. On the Japanese page, the headset alone or with the controllers is still available for purchase. However, the complete kits, the controllers alone and the tracking stations alone are unavailable.

Obviously, this out of stock represents a shortfall for Valve. It's also unfortunate for gamers, who will have to switch to another headset when the Index allows them to enjoy the experience 100%.

However, the American company claims to work hard to produce more units and meet demand. We can therefore hope that the device will be available again before the launch of the game scheduled for March 2020 ...


Silent Hill 2: the trailer for the VR remake directed by a fan ❯