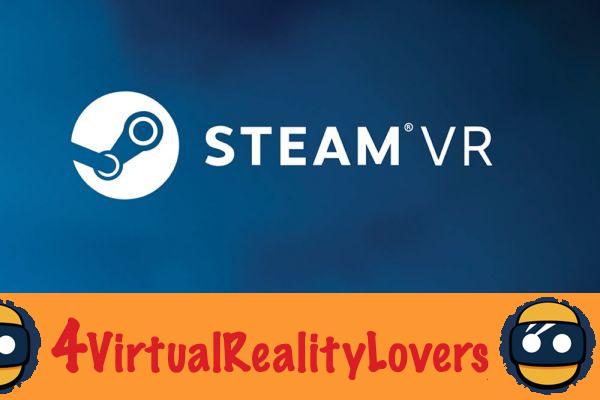 Before the Index, Valve was working on the Vader, a VR headset whose ambition was to offer high image resolution in a compact format. From this abandoned project, a new interactive book offers us for the first time an idea of ​​the price for the consumer. An astronomical cost.

The work in question is Half-Life: Alyx - Final Hours. Written by Geoff Keighley, it traces the development of the past 10 years, revealing new aspects of the life of the company and its employees.

Among the revelations, the book reminds us that Valve had worked with Oculus from 2013 to 2014. As part of their partnership, Valve was to offer the game distribution platform with Steam when Oculus was in charge of the devices.

Obviously, the takeover of the latter by Facebook in 2014 ended the collaboration. Turning to HTC, Valve then contributes to the design of what will become in 2016 the HTC Vive, first consumer VR headset offering room scale technology.

The Vader helmet: a good lesson for Valve

Despite this success, Valve wanted to detach itself from HTC thereafter. With some growing ambitions, the company wanted to favor a system similar to Nintendo. In other words, a VR headset designed in-house and integrated into the company's VR games. Thus was born the Valve Vader project.

If we stick to a testimonial from the book, the designers at Valve put no limit on their machine where HTC required them to be feasible. Obviously, they eventually had to face physical and technical realities. Worse, if they could have ended up producing a single helmet, this one would have cost at least 5000 dollars to the buyer. After 12 months on the project, Valve finally threw in the towel.


Nevertheless, this mishap will have taught important lessons to the designers of the firm, lessons that they will then incorporate into the next project called Frank. For the general public, Frank will be le Valve Index who, thanks to the teachings of the Vader, will receive the laurels of the press as the best VR headset when it was released in 2019.