The VOID and Sony announce a Jumanji virtual reality experience 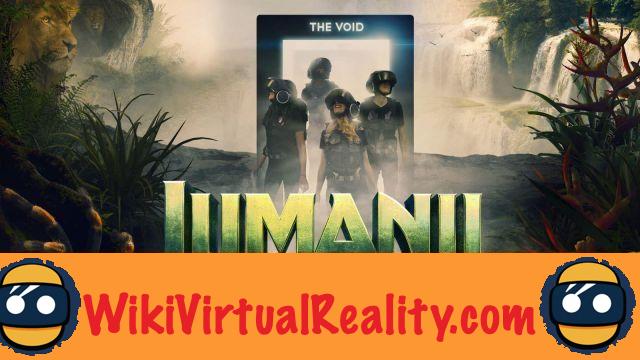 If you grew up with the movie and cartoon Jumanji, you've probably dreamed of being able to jump into some of this mystical board game to say the least. Thanks to a new partnership between The VOID and Sony, this dream will finally be able to become… virtual reality.

Related to accompany the release of the film, a direct sequel to the 2017 remake with The Rock, due in theaters on December 13, 2019, The VOID and Sony Pictures Virtual Reality have created a new VR experience.

Jumanji: Reverse the Curse immerses you in the hostile jungle of Jumanji

In this experience, titled ”“, players will be able to play as Dr. Bravestone, Ruby Roundhouse, Professor Oberon and 'Mouse' Finbar for save the world of Jumanji from a new enemy as dark as they are mysterious. Their mission will be to retrieve the Scepter of Se'payu containing the Red Jewel of Jumanji and bring it back to the temple where it was stolen.

Like in the movie, players will have to brave all dangers to complete their quest. Wild animals, hostile environments and ruthless henchmen will stand in their way to stop them. There is already a (failed) Jumanji VR experience, but The VOID technology guarantees a whole new level of immersion.

In the past, The VOID had already collaborated with Sony around its first experience: , launched in 2016. Since then, the American company based in Utah has made its way, and recently launched experiments based on the universes of Star Wars and Avengers in partnership with Disney.

This new attraction will be offered from November 27, 2019. However, it will only be available at select The VOID centers in the United States and Canada. To be able to try it in France, you will probably have to wait for The VOID to open its new European centers ...