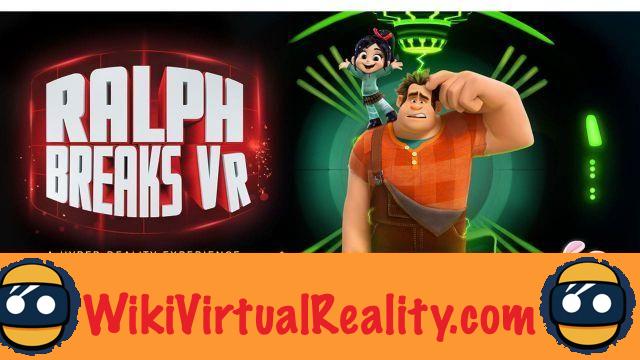 Since the opening of its first test center in 2015, The VOID has established itself as a pioneer in large-scale VR experiences. Rather than simply developing virtual reality applications, the firm offers experiences developed around physical environments. Within large developed complexes, groups of players can interact with objects simultaneously present in the real world and projected in the virtual world.

These ambitious installations are based on high-end equipment such as exclusive VR headsets, backpack PCs and tracking technology developed in-house. Rather than talking about "virtual reality", The VOID uses the term "hyper-reality" to designate his experiences. A term that emphasizes the fact that these experiences go beyond what is possible at home using a simple VR headset.

In 2017, Disney has sealed a partnership with this visionary startup. At the end of the year, the two companies launched the “Star Wars: Secrets of the Empire” experience offering up to four people to immerse themselves in an epic adventure drawn from the Star Wars universe.

Today, building on the success of "Star Wars: Secrets of the Empire", The VOID and Disney announce the future launch of five new experiences drawn from the Disney and Marvel universes. The first of these experiences will be based on the movie "Wreck-It Ralph 2". Entitled ”Ralph Breaks VR“, this adventure will be offered in the fall of 2018.

A second experience will be offered in the course of 2019, and will be based on one of the upcoming Marvel superhero films. It could be or the next part of the saga. As for the other three projects of The VOID in the works, it is currently unclear which Disney or Marvel films they will be based on.

At present, The VOID offers its experiences in eight different centers spread across North America, England and the United Arab Emirates. Other centers will open in Atlanta, Austin, Dallas, Hollywood, Minneapolis, New York, Philadelphia, Washington DC and Santa Monica to bring the total of centers to 17. On does not know if the firm plans to open a center in France in the future.


In addition, The VOID currently offers the experienceas well as a horror adventure developed by Ninja Theory which will be available for Halloween.