The success of The Walking Dead series cannot be denied. The particular universe of the series lends itself completely to virtual reality experiences, whether they are simple 360-degree and / or 3D films or fully interactive experiences. Some small experiments had already been carried out in the past that you can discover below... 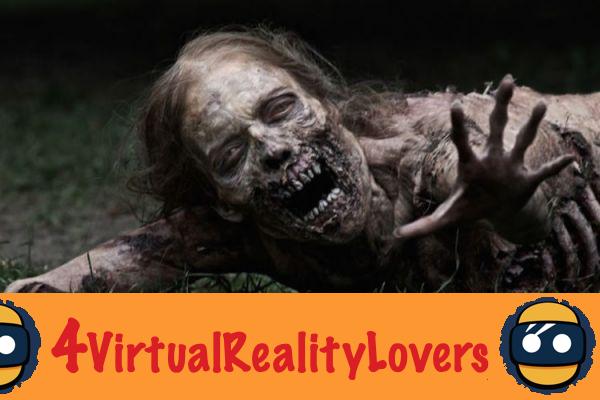 It was during an interview with our American colleagues from the newspaper "Variety" that David Alpert confided that his teams were also working on a virtual reality experience. Unfortunately, the executive producer was not verbose and declined to provide additional information about this experience.

This is not his first time in VR for the producer of the hit series. Already with the series "Gone", David Alpert had rubbed shoulders with virtual reality on Samsung Gear VR. The producer also recalled that during this first experience, he suffered from nausea, to which the engineers at Samsung replied that they were working to resolve the problems of motion sickness with VR. Malicious, David Alpert then replied: "  ».

No date has been given by David Alpert when the The Walking Dead experience is released in virtual reality. To make you wait, you can now try these two 360-degree films from The Walking Dead universe for a taste of what the next experience could give ...

Update June 14: We now know that the expected VR experience will be in the form of a video game. The team from the “Skydance Interactive” studio will be in charge of designing not one but several video games based on the gore universe of “The Walking Dead”.. For the moment, little information has filtered out. We will of course keep you posted when we know more.

The Berlin Wall reconstructed in virtual reality, 30 years after its fall

Jean-Michel Jarre celebrates music with the VR concert “Alone Together”

Add a comment from The Walking Dead: a terrifying new virtual reality experience