The Walking Dead: a VR game from the creator of Raw Data and Creed 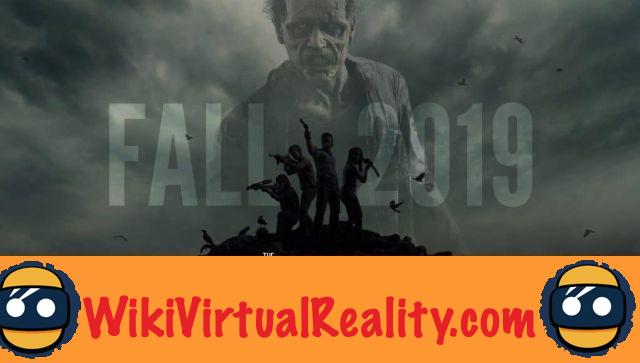 Since the beginnings of VR Gaming, "zombie shooters" type games are very successful. Titles like Arizona Sunshine, The Brookhaven Experiment, or Resident Evil 7 VR are among the most popular VR games.

Now it's the turn of Survios, the developer of successful VR games like Raw Data, Creed: Rise to Glory and Sprint Vector, to explore this genre. The Californian studio announces a partnership with AMC around a VR game taken from the famous series "The Walking Dead".

The Walking Dead Onslaught: Play as the Series' Characters in a Gore and Brutal VR Game

In this virtual reality game, entitled ”The Walking Dead Onslaught“, the player embodies the various protagonists of the series and must try to survive in this apocalyptic world. To do this, he will have to fight the “walkers” through realistic and bloody melee combat and ranged combat. A full campaign mode with an all-new story will allow players to fully immerse themselves in the universe of the series.

As a reminder, this is not the only VR game taken from the series in preparation. Developer Skydance Interactive has also announced its game "The Walking Dead: Saints & Sinners", expected in the course of 2019. However, AMC and Survios say that the game announced today will be the most immersive TWK experience so far. Taking into account the know-how of Survios, one can indeed expect a high quality experience ...

More details on this new game will be revealed during the E3 VR Showcase hosted by UploadVR on June 10, 2019. The title will be available in fall 2019, but we do not yet know on which VR headsets.

add a comment of The Walking Dead: a VR game from the creator of Raw Data and Creed