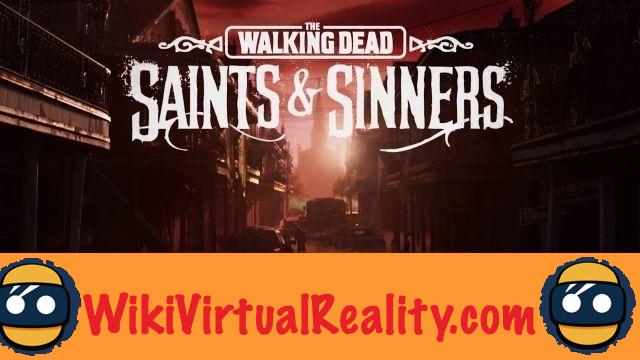 In 2018, Skydance Interactive announced its virtual reality game The Walking Dead: Saints & Sinners. This game is from the famous series produced by AMC and adapted from the eponymous comic book by Robert Kirkman, Tony Moore and Charlie Adlard.

The game will be available on PC VR headsets such as the Rift, HTC Vive and the Valve Index from the 23 January 2020. PSVR is slated for release in 2020, with Oculus Quest launching later this year. 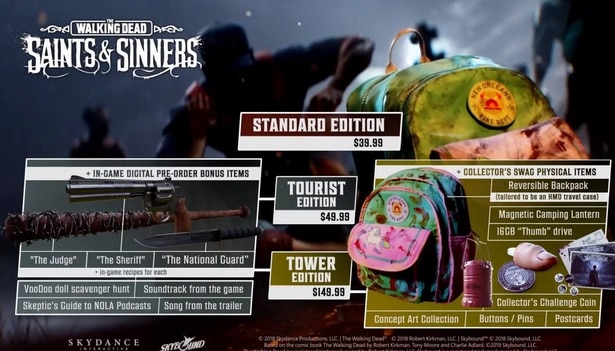 While waiting for the deadline, pre-orders are now open. Interested parties can choose from three different editions: Standard, Deluxe and Collector. The Standard edition, offered for 39,99 euros, includes the game in digital version, a cosmetic bonus and a craft recipe for the “The Sheriff” revolver.

La version Deluxe (Tourist), meanwhile, is offered for 49,99 euros. For ten dollars more than the Standard Edition, players will receive the game in digital version and several bonuses to use in-game: the crafting recipes for the “The Judge” baseball bat, the “The Sheriff” revolver and the knife. “The National” combat toys as well as “Bustomization” voodoo dolls.

Much more expensive, la version Collector (Tower) is priced at 149,99 euros. However, for this prize, players will not only receive the digital bonuses of the Deluxe Edition, but also physical goodies: a reversible backpack in VR headset case, a magnetic camping lantern, a collector's coin, four Pins, an Eerie postcard, and a 16GB USB key.


You can pre-order the edition of your choice of The Walking Dead: Saints & Sinners now on the game's official website, on Steam at this address, or on the Oculus Store at this address.

add a comment of The Walking Dead: Saints & Sinners available for pre-order, collector's edition at 150 €