The Walking Dead: Saints & Sinners is in the Steam Top 20 for January 2020 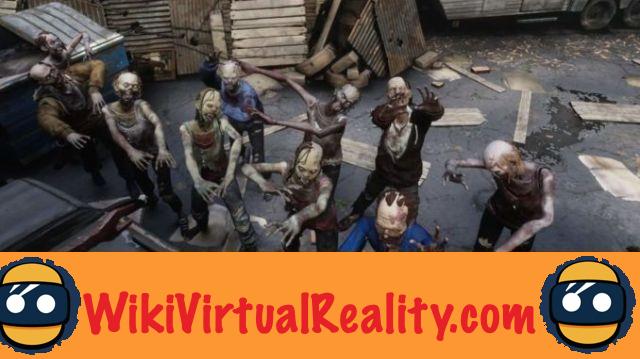 Launched at the end of January 2020, the game had the effect of an excellent surprise on the VR Gaming market. Acclaimed by critics and players alike, the title established itself as the best virtual reality zombie game so far.

Just like, another VR game available recently, shines in particular by the realistic physical interactions it offers. Based on the eponymous TV series and comic book, this game developed by Skydance Interactive delighted the many fans of the franchise.

This is confirmed the top 20 best-selling games on Steam in January 2020, freshly published by Valve. In this prestigious ranking, is the only virtual reality game to have made its mark.

The title wins among the biggest successes of the start of the year on the platform, alongside hits such as, or the independent nugget.

However, it should be noted that Valve establishes this ranking based on the revenue generated by the games during the two weeks following their launch. In addition, the position of games within the ranking depends on their release date and not their sales figures.

add a comment of The Walking Dead: Saints & Sinners is in the Steam Top 20 for January 2020