Theater Room VR: at home and in the cinema

Watch a movie together in virtual reality? This is the project developed by Sony with Theater Room VR. A social concept, immersive and also favorable to rights holders.

It is an application which is still at the stage of the beta version on the Japanese store. However, it should appeal to all movie lovers.. We make the presentations. 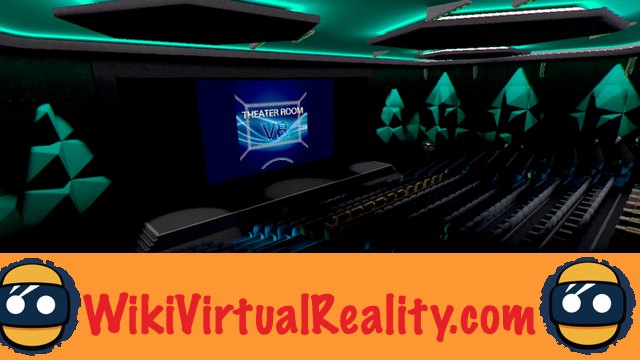 It is not yet clear when the Theater Room VR concept, only presented in Japan for now, will be launched internationally. The idea is however rather engaging. Watch films in 2D or 3D, on a giant screen, in a virtual cinema room. All with your friends of course. The application itself is free, but forget about the idea of ​​showing your pirated movies in your personal theater in virtual reality. You will have to buy the films directly in the application. Worse yet, and perhaps this is the real problem with what is billed as a social experience, every person in your virtual movie theater must have paid to watch the movie… much like at the movies.

The obvious comparison is that of Big Screen, the already present VR social cinema the Oculus Rift and the HTC Vive. You can share a giant screen there with 12 online friends. It allows you to launch a BluRay, a YouTube video or any video game. Originally planned for the Playstation VR, it had been rejected by Sony. By discovering Theater Room VR, we understand a little better why… the Japanese giant had his own idea.

add a comment of Theater Room VR: at home and in the cinema