ThermoReal - An accessory for feeling hot, cold and pain in VR 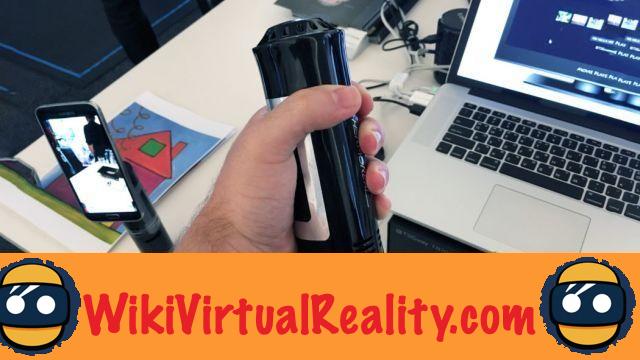 Virtual reality can deceive the mind, and give the senses the illusion of being immersed in a virtual universe. However, at present, only sight and hearing are truly deceived by this technology. The other senses, namely smell, taste and touch, remain connected to the real world, and prevent the user from fully immersing themselves in the virtual world. To overcome these limitations, several startups around the world are actively seeking solutions. After haptic combinations to feel the contact, the electrodes to stimulate the taste or the capsules to perceive the odors, a company now aims to simulate the sensations of hot and cold in VR.

ThermoReal: one of the most surprising projects of the HTC Vive X Demo Days 2017

Last week, the second HTC Vive X Demo Days was held, which aims to showcase future VR technologies and introduce investors to the creators of Vive accessories supported by the Vive X accelerator. context, 33 startups from eight different countries were highlighted. In this context, TEGway was able to present its ThermoReal device, a thermoelectric device capable of making you feel cold or heat in virtual reality.

The operation of ThermoReal is rather easy to describe. This semiconductor device is separated into two parts. When one of the sides receives an electrical signal, it generates heat. When the other side receives a signal, it generates cold. This technology is already used in wine cellars to generate cold without vibrations, in order to preserve all the quality of a grand cru. Tegway applies this system to a controller for virtual reality.


ThermoReal: a technology soon to be integrated into Oculus Rift and HTC Vive controllers? 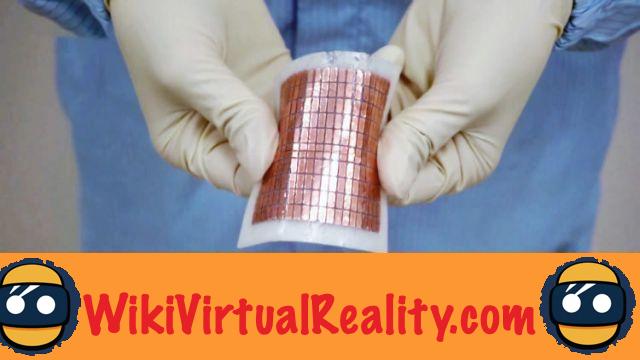 So, when the user passes his hand over a flame in virtual reality, an electrical signal is sent to one side of the controller, and the user feels a sensation of heat. On the contrary, if the player places his hand on a block of ice, he will feel the sensation of cold. It is also possible to make the user feel a realistic pain sensation, simultaneously generating hot and cold. ThermoReal presents itself as a new kind of human machine interface, and could revolutionize the VR industry.

Of course, it will certainly take a few more years for this technology to be integrated into the controllers of consumer virtual reality headsets.. However, sooner or later controllers like Oculus Touch or HTC Vive Knuckles will likely offer this feature. The path to full VR immersion continues little by little. In a few years, it will no longer be possible for the uninformed user to distinguish VR from the real world.

Ilysia VR: an MMO that hit Kickstarter in September ❯

add a comment of ThermoReal - An accessory for feeling hot, cold and pain in VR