It all started when an Apple engineer once presented to his superiors the ultra innovative concept of a virtual reality headset. The idea was simple: it was about putting on a VR headset when you were already in a virtual universe. Packed with this find, the thinking heads of the apple firm have immediately approved the concept and gave the green light to the project. However, not everything went as planned. Indeed, a few months later, the engineer in question had lost all of his cognitive abilities and seemed to have become a vegetable, as if lobotomized.

Frightened, but above all terribly disappointed by the turn of events, his superiors still decided to capitalize on his idea. Another team of researchers has thus taken up its entire theory, by simply changing the base support. Rather than doing virtual virtual reality, they wanted to apply the principle to augmented reality. Only they realized after a few tries that virtual AR didn't bring anything new. No, they needed a much more powerful invention, one that could shape the future of human beings and revolutionize the very existence of the universe. Thus, it is with such ambitions and in all humility thatthey developed augmented reality (which some call hyper reality, but it clearly sounds less good…).

Augmented reality is a very simple concept. It's not just about displaying information on eyeglass lenses or a screen, but to project them into the real world so that they become visible to all. Except that, even though the concept is simple, building a device capable of putting it into practice presents a much greater challenge! Many obstacles stood in their way, and they were close to giving up at one point.


It was without counting on the fiery competitive spirit that drives Apple's development teams when they one day came across a competing team from Microsoft, then another from Google, Amazon, Tencent, and Alain Afflelou, all looking for the same miracle recipe. They were able to console themselves by the fact that they suffered each setback after setback, and struggled to get up after each setback.

Strangely enough, when they were at their worst, these teams all received a visit from a person at the same time who sent them an identical message: to be successful they had to join forces. They were also all invited to a textile factory lost in the depths of New York State in the United States. On the spot, an emissary gave them a prototype helmet designed by the US military, in collaboration with NASA and an institute whose name he preferred to keep silent. The only clue was the mention "Cerebro" embedded in the chrome metal of the device. 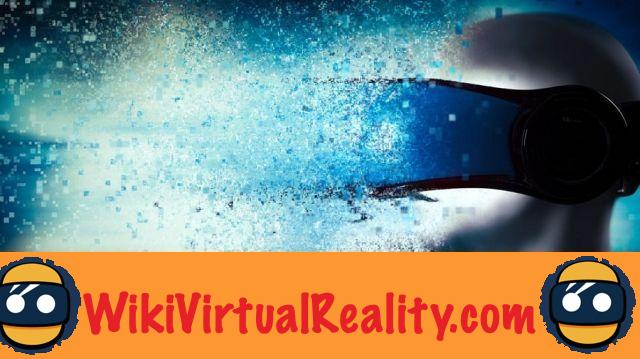 Alone, we go faster, together, we go further

Together, the researchers began by studying the helmet through reverse engineering. They then discovered him impressive projection and control capabilities. Immediately euphoria swept over all those courageous men and women who had drooled over it for many years. After barely a few months, they gathered the various leaders of their respective companies to demonstrate an alpha-stage device to them. The results were more than conclusive. Indeed, the augmented reality device was able to project any element into reality. In addition, he controlled himself entirely by thought. Beyond this feat, it even allowed materialize an idea and conceive it in space.


Of course, the general public is not yet close to seeing this technology arrive at home. We just know that it is there, present somewhere, in Alain Afflelou's offices or elsewhere.

About Apple's first engineer, some say he went too deep into the worlds of virtual reality and got lost, no longer knowing the difference with reality. Nevertheless, a plaque to his (Lorenzo Di Castello) rests proudly at the HQ of the company, in memory of this hero, forerunner of the technology that would change the world forever.

Walt Disney - An augmented reality headset in the works ❯