Time Machine VR, the demo and early access on Steam

Having for name,the story will take the player to visit the Jurassic era seabed aboard a time machine. The aim is to search for DNA capable of curing a disease similar to the plague ravaging the civilizations of the present. 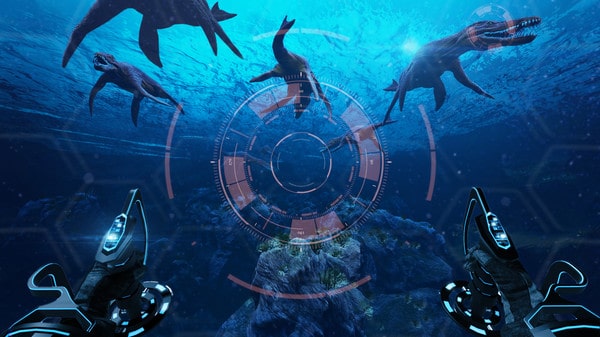 The CEO and Creative Director of the company, Vander Caballero underlines the extent that virtual reality will take in 2016:

Caballero speaks of course about entering a virtual world. A year ago, I'm not so sure since it had started to spread with the takeover of Oculus VR by Facebook in March 2014. On the other hand, two years ago, it is certain, we were not there. not yet.

Know thatAs this is an early access game, you can participate in the development of the game with your feedback and ideas. The price of the game will go up as more content is added.


It is possible todownload the demo for freeon the game on Steam. For the more impatient, here is a trailer shown at E3 2015, last June.

To play this experience, Oculus DK2 or Crescent Bay headsets are required. Xbox 360 or Xbox One controllers are compatible with the game.