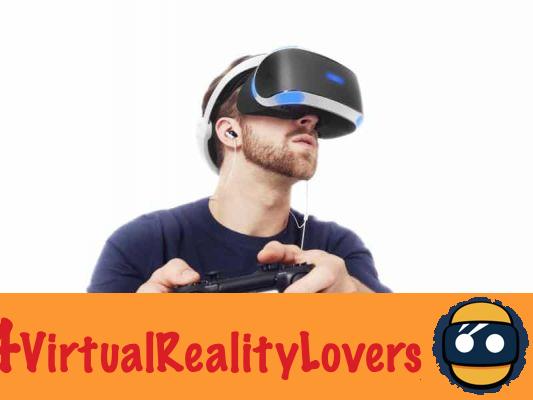 Media Molecule, the studio that created the success, has confirmed that one of the must-see PlayStation VR games. The player is propelled into a surreal universe where he has the possibility of create your own dreams.

The company has been able to remain discreet about its game in development for 4 years, but it is a safe bet thatit will very easily make a place in the library of games for creative enthusiasts in virtual reality.

No price or release date for the moment.

We no longer present the flagship game of virtual reality. The work simulation in a robotic universe has the right to its adaptation on the console Japanese for our greatest pleasure. Regarding the selection of trades, the choices remain the same among the bureaucrat, the salesperson and the mechanic.

As with its various media, with the same objective: discover virtual reality while having fun.

Available at the launch of PlayStation VR for a price still uncertain.

Sony is trying to walk the same path as Nintendo's “Wii Sport” with. The family video game is based on interaction with PlayStation VR and classic controllers through many mini-games.

Besides the overly simulated emotions by the extras in the video, this fun experience is an evolution of the original game launched with the PS4 in 2013. An entertaining virtual reality appetizer that will liven up your evenings with friends or family.

Available at launch of PlayStation VR, will likely be bundled into a pack.

We're not exactly surprised to see the advent of first-person VR games. RIGS: MECHANISED COMBAT LEAGUE is the first robotic sports game to hit the PlayStation VR games list. At the command of your armed robot, you must score points by jumping in the middle of the arena while the opposing team must eliminate you.

Many testers had the opportunity to step into battle during E3 2015 and confirm that RIGS is going very fast, if not too fast. We hope that the “transport sickness” issues will be fixed when the game is released. to make you fully enjoy this explosive experience.

, unveiled on the Oculus Rift, this sci-fi game sees its universe adapt to other virtual reality platforms to finally appear in the lists of PlayStation VR games. The most successful virtual reality experience to date,  transports you to intergalactic battles at the command of your own ship. Immersion and fun guaranteed in this cross-platform strategic multiplayer game.

Available upon release from PlayStation VR.

Developed by Rebelion, this remake of the original of the same name well known to gamers has been specially designed for virtual reality. With gameplay similar to that of, you are in command of a futuristic tank and explode the enemies that come your way.

Epic clashes and battles await in this colorful game available on Oculus Rift, PlayStation VR and Steam. One of the best virtual reality experiences with the Sony headset. 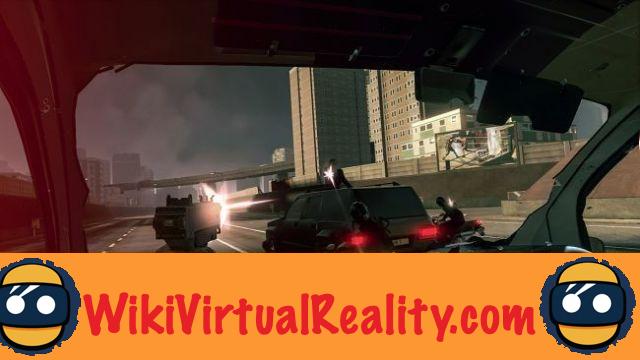 should satisfy the traditional Sony gamer audience. Virtual reality seems to attract Games rails-shooters by taking advantage of the different accessories of the different supports to immerse yourself in the action. With the help of Playstation Moves, you shoot, reload and interrogate the various enemies that will present themselves to you.

If you've always dreamed of being the hero of an action movie, this is for you.

Available upon release from PlayStation VR.

Ce first person space adventure game puts you in the shoes of an astronaut trying to escape from an orbital station in peril. Despite a very off-putting gameplay consisting of continually searching for oxygen cylinders to survive, is above all an incredible immersive graphic experience in the space domain. Developed by Three One ZeroPublisher, the game will be available on all virtual reality media.

For his amazing visual atmosphere and fantastic immersion, deserves its place in this top 10 of the best PlayStation VR games although the experience without virtual reality is not convincing.

is one of the first hybrid gamess of the PlayStation VR. Developed by Highwire Games, some elements of the storyline will require the controller to control your character. Jaime Griesemer, one of the creators of the Halo series for Xbox, helped design the adventure game. You are in the shoes of a sick child unable to walk who has the opportunity to take control of stone creatures to explore the world.

Under development for 2 years, will not be available at launch of PlayStation VR.

We could have imagined that Ubisoft would propel us into the skin of an Assassin from its famous license, but the French publisher preferred to leave the player embody the animal emblem of the Brotherhood of Assassins. In the skin of the raptor symbol of freedom, you travel through the air of an open world, alone or accompanied, in a wild Paris where nature seems to have taken back its rights.

The experience seems breathtaking and we can't wait to be able to perform aerial maneuvers and combat. by its extraordinary universe can very quickly become a must-have for PlayStation VR games.

And if you have an HTC Vive, you can also check out our top 10 apps & games for HTC Vive.